Japan is a country with a variety of land and rich water resources, which constitutes a beautiful and magnificent scenery. There are snow-covered lakes, rocky canyons, rushing rivers, steep mountains, majestic waterfalls and large and small hot springs. These fascinating tourist attractions attract tourists from all over the world. Where to visit in Japan? There are top 10 best places that you must to visit in Japan.

►How to get there： 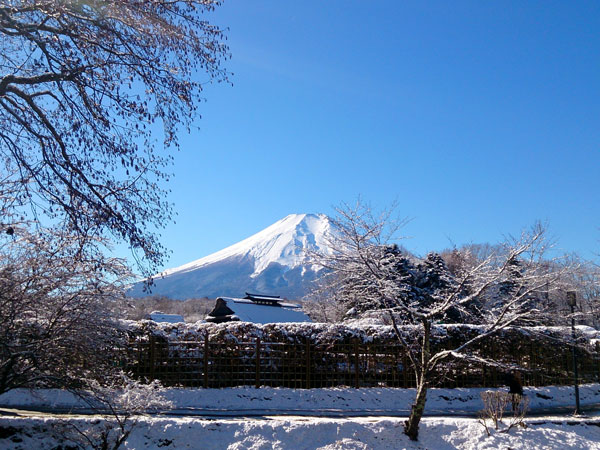 Mount Fuji stands in the west of Tokyo and is one of the largest active volcanoes in the world and a symbol of Japan. Hakone is the ideal place to watch Mount Fuji. On a clear day, especially in winter, Mount Fuji can be seen from a long distance. The highest mountain in Japan (3775.63 meters above sea level) is covered with white snow, just as charming as a postcard. When the weather is bad, you need to be close to see it. 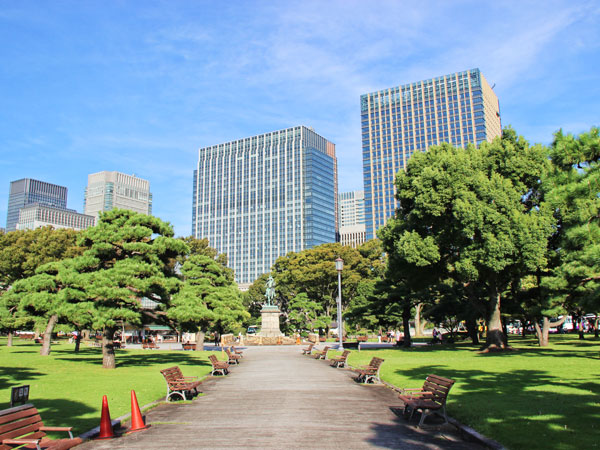 The most suitable for tourists to visit is the Imperial Palace East Royal Garden, which preserves the remains of the stone wall of Edo Castle. In spring and autumn, it is a great place to enjoy flowers and red leaves. The Double Bridge is a popular attraction within the Imperial Palace. From this unique perspective, you can see the Double Bridge. In addition, it is also a great place to commemorate the pictures. 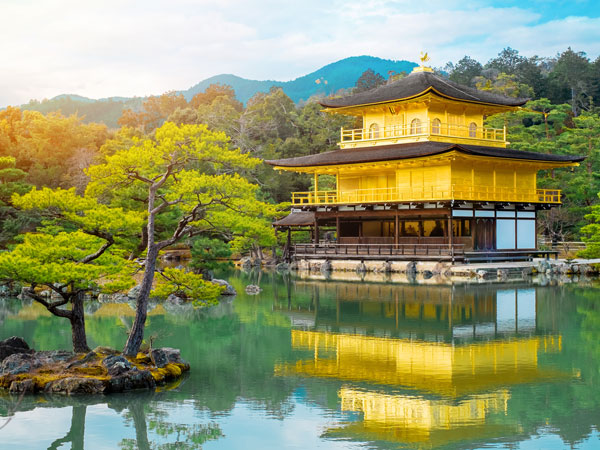 The Kinkakuji Temple was built in 1379. It was originally a mountain village of General Ashikaga Yoshito (an archetype of the generals in an animation), and was later converted into a Bodhi temple of Buddhist.

This magnificent temple, with the mirror lake pool in front of it, is one of the most classic pictures in Kyoto. 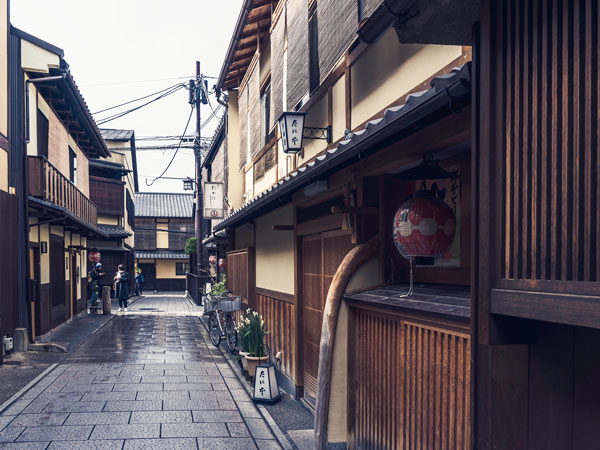 There is a lot of tea houses and kiosks in Gion. Traditional architecture and interesting shops are worth stopping. It is a good place for nightlife.

It will be closed from December 28th to January 1st. The opening hours are extended every spring, summer and autumn. 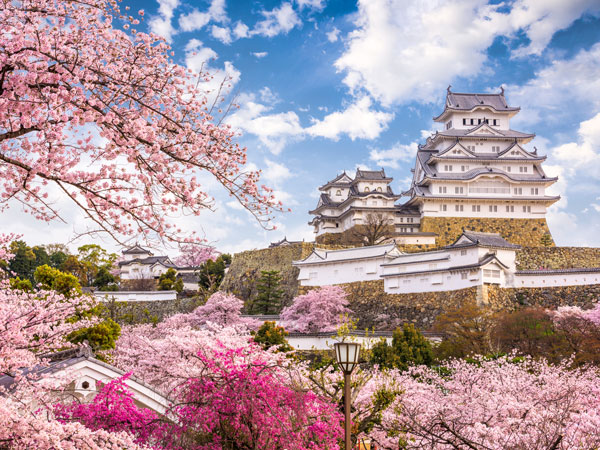 Osaka Castle is one of the three famous cities in Japan, and its famous Castle Tower is a must-see for travelers in Osaka.

Castle Tower was originally built by Toyotomi Hideyoshi during the Warring States Period. The very steep city walls up to 20 meters are built with boulder from all over Japan. Since the Castle Tower has experienced many wars and burns, it is now seen that it was rebuilt by Osaka citizens after World War II.

Inside the Castle Tower, there are many Japanese generals' images, dolls and architectural models, which tell the history of Japan. On the 8th floor of the highest point of the Castle Tower, you can see the view of city Osaka.

►How to get there: Take JR to Otaru Station, and after exiting the station, walk along Central Street in about 8 minutes. 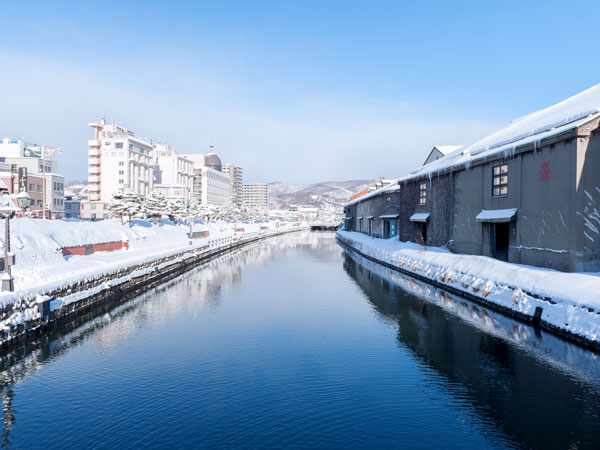 The Otaru Canal is a landmark in Otaru and Hokkaido. It is famous for its movie "Love Letter". The scenery of the four seasons is different, especially in winter.

The canal was used to load and unload cargo at the beginning of the opening of the canal, and now the canal has been transformed into various craft shops. The roads decorated with kerosene lamps along the canal and the retro warehouses made of bricks and stones highlight the city's art. Many artists paint and photograph on the shore. You can rent bicycles on the Otaru Canal. There are also rickshaws in traditional costumes on the shore. You can also take a boat trip to visit the Otaru Canal. The scenery at night is especially charming.

►How to get there: Take the monorail train to Shuri Station, then take bus No. 8 and get off at front of Shuri Station. 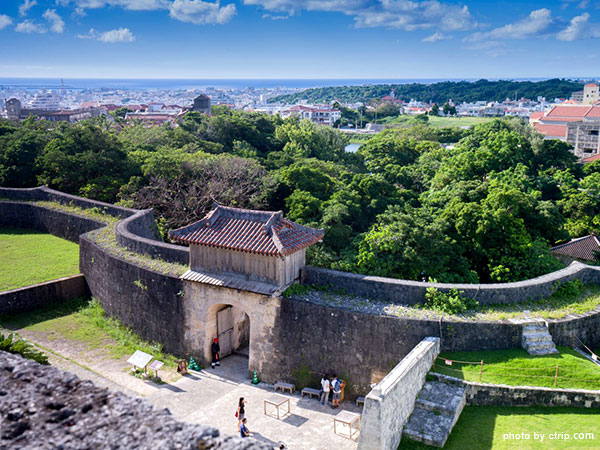 Shurijo Castle park has been destroyed and burned many times. It is a reconstruction of the Tang Dynasty style and a symbolic building of the Ryukyu Kingdom.

As one of the largest wooden structures in Okinawa, it has a distinctive croquet style and blends the characteristics of traditional Chinese and Japanese architecture.

Every year from October 26th to November 4th, a city festival will be held to simulate the scene The scene when the Chinese messenger came to visit Shurijo during the Ryukyu Dynasty.

►How to get there: Take the JR Keiyo Line or Musashino Line to Maihama Station. You can also take the special bus from the bus stop No. 1 of Yaesu Station in Tokyo Station. 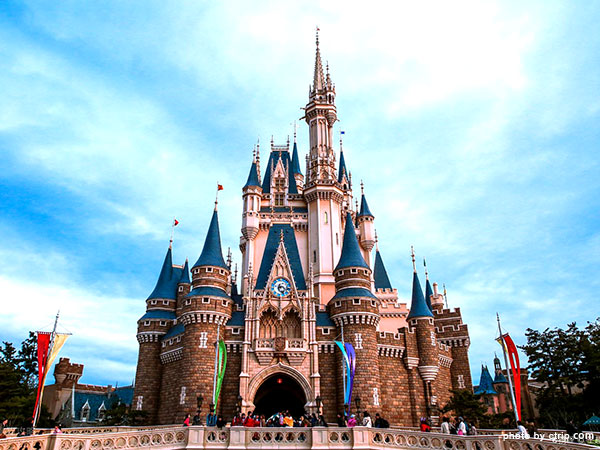 Tokyo Disneyland was built in 1982 and is regarded as the first amusement park in Asia. Tokyo Disneyland is designed according to the structure of the classic American Disney theme park. It is divided into 7 districts including World Market, Adventure Park, West Paradise, New Biosphere, Dreamland, Cartoon City and Future Paradise.

Tokyo Disneyland focuses on the theme of the scene and some fantastic scenes.  There is no particularly exciting project. The age limit is relatively low. If you are going to Disneyland for the first time, it is recommended to visit Tokyo Disneyland to learn about the original Disney style.

►How to get there: Take the JR Yamanote Line / Chuo Line / Sobu Line / Marunouchi Line / Odakyu Line / Keio Line, get off at the east exit of Shinjuku Station, and walk for 5 minutes. 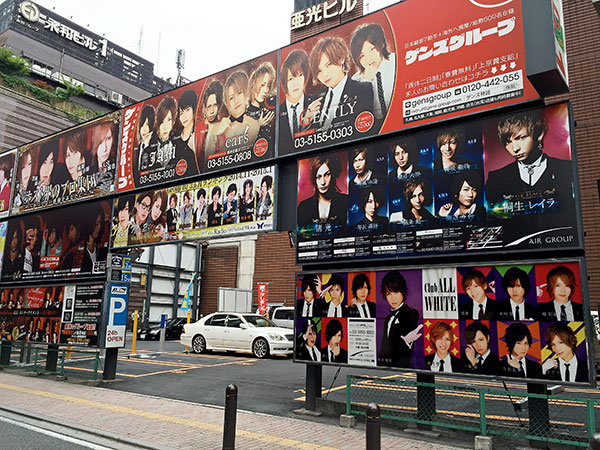 Shinjuku Kabukicho is the most famous red light district in Asia. There are countless restaurants, night clubs, pubs and a variety of red light venues. It is called "Japan's No. 1 Happy Street".

There is no traditional cabaret performance here, but it has a rich nightlife. There is an extremely popular robotic restaurant where you can watch the robots and hot beauty dancers while you dine. There are 3 performances a day, and you need to make an appointment. 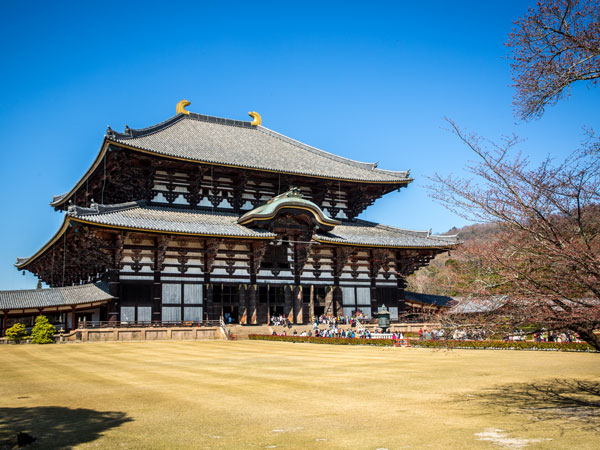 Todaiji Temple was built in 752 by Emperor Shengwu in order to worship the Big Buddha and was included in the World Cultural Heritage. Historically, the temple was burned down by two fires. The current building was rebuilt in 1692, and it is only two-thirds larger of the original building.

The Great Buddha Hall in the temple is the world's largest wooden ancient building. The temple is home to a 16-meter-high statue of Buddha which is the largest bronze Buddha statue in the world.