Traditional Chinese festivals are an important part of the long history and culture of the Chinese nation, with diverse forms and rich contents. The formation of traditional festivals is a process of long-term accumulation and cohesion of the history and culture of a nation or country. Traditional Chinese festivals not only clearly record the rich and colorful social life and cultural content of the ancestors of the Chinese nation, but also accumulate profound historical and cultural connotations.

The Spring Festival, or the Lunar New Year, is the first day of the year, which is one of the four traditional Chinese festivals and the biggest festivals of China. Chinese New Year falls on the first day of the first lunar month to the seventh day. During the Spring Festival, various New Year celebration activities are held all over the country, with strong regional characteristics, and a lively and festive atmosphere. 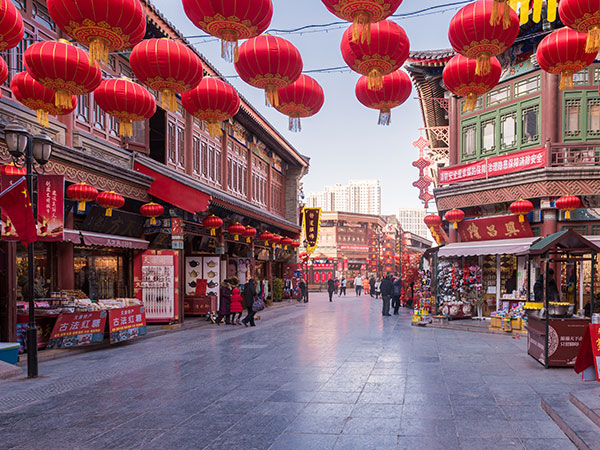 The celebration activities are mainly to remove the old and build the new, exorcise evil and fight disasters, worship gods and ancestors, and pray for good fortune, which are the essence of Chinese traditional culture. The celebration activities during the Spring Festival including lion dance, dragon dance, temple fair, lantern viewing, beating gongs and sound drums, setting off firecrackers and fireworks, praying for blessing, walking on stilts, doing the Yangko dance and so on. 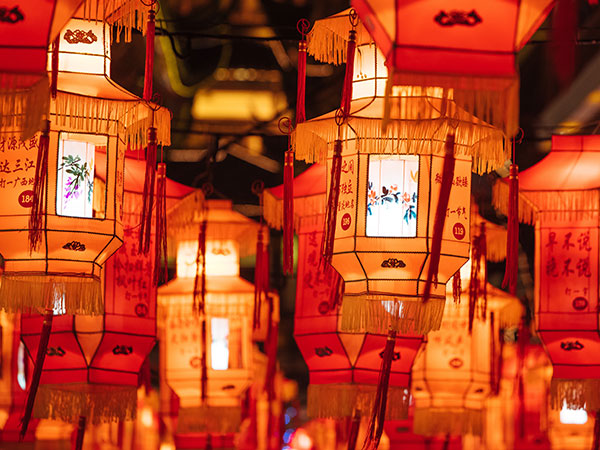 The custom of lighting lanterns on the fifteenth day of the first lunar month is related to the east spread of Buddhism. At present, the Lantern Festival mainly includes a series of traditional folk activities such as viewing lanterns, eating glutinous rice ball, guessing lantern riddles, and setting off fireworks.

Qingming Festival, also known as Ching Ming Festival, Tomb-Sweeping Day, Ancestor Worship Festival, is held at the turn of mid-spring and late spring. Tomb-sweeping Festival originated from ancient ancestor beliefs and spring rites. It has two connotations of nature and humanity. Qing Ming is not only a natural solar term, but also a traditional festival. 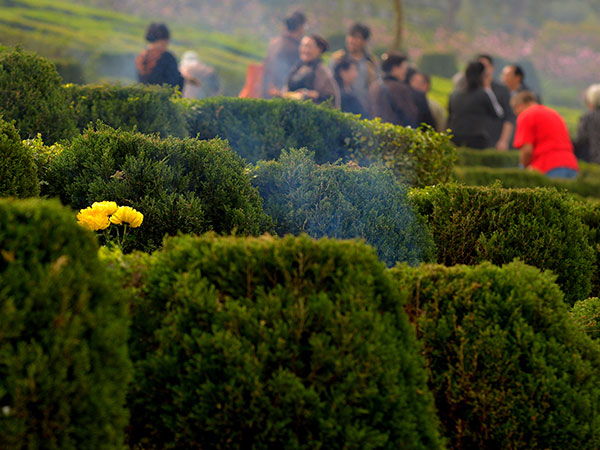 Tomb sweeping and ancestor worship and spring outing are the two main themes of Qingming Festival. It is not only a solemn festival for sweeping tombs and worshipping ancestors, but also a joyous festival for people to get close to nature, go out and enjoy the fun of spring. The Qingming solar term is generally around April 5 in the Gregorian calendar, that is, the 15th day after the vernal equinox. 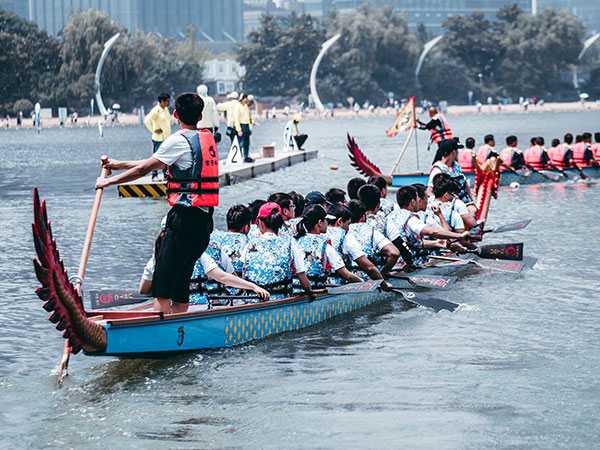 According to legend, the poet Qu Yuan of the Chu State during the Warring States Period committed suicide by jumping on the Miluo River on May 5. Later, people also regarded the Dragon Boat Festival as a day to commemorate Qu Yuan. The customs of Dragon Boat Festival include hanging wormwood and calamus, dragon boat racing, eating Zongzi, drinking realgar wine, and wearing spice sachets.

Qixi Festival, also known as Qiqiao Festival, Qijie Festival, Girl's Day, Double Seventh Festival, Chinese Valentine's Day, is a traditional Chinese folk festival. It is the traditional custom of Qixi festival to worship the seven sisters, pray for blessings and wishes, watch the Altair and vega, and pray for marriage. 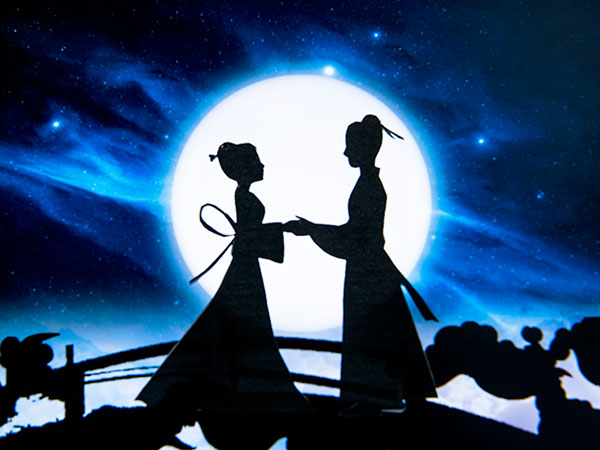 The beautiful love legend of "Cowherd and Weaver Girl" endows the Qixi Festival with the connotation related to love, making it a festival symbolizing love, and thus is considered to be the most romantic traditional festival in China. 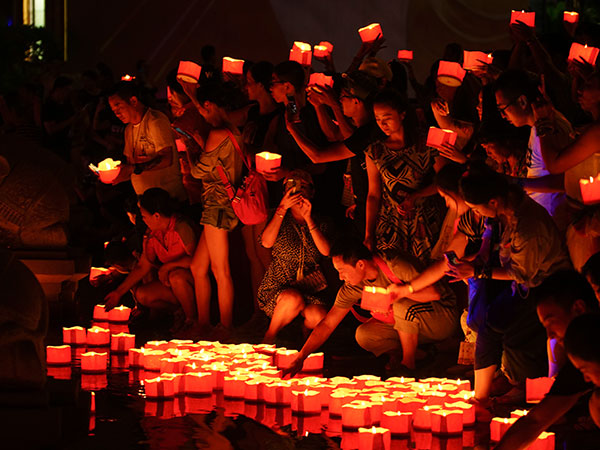 Taoism believes that July 15th is the birthday of the Earth God, and it is the day when the Earth God forgives sins. All ghosts will be released from the netherworld and the deceased ancestors can return home for reunion. Therefore, the July 15th Festival of Sacrifice to the Ancestors is called "Zhongyuan Festival". 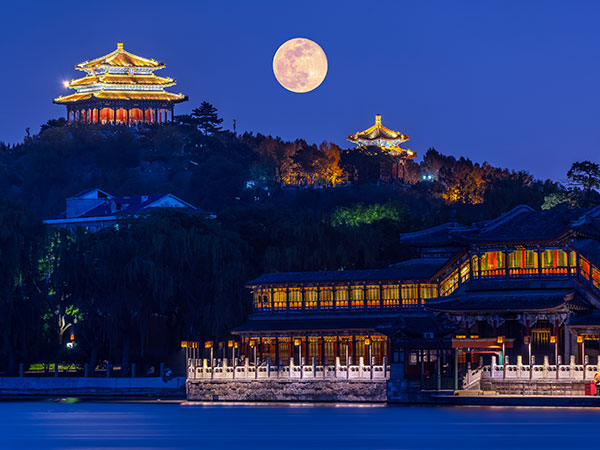 The Double Ninth Festival, on the ninth day of the ninth lunar month, is a traditional Chinese folk festival. It is also a Chinese day for respecting the aged. The ancients believed that Double Ninth Festival was an auspicious day. In ancient times, folks used to climb high to pray for blessing, travel in autumn to appreciate chrysanthemums, wear cornel, worship gods and ancestors, and hold banquets for longevity. 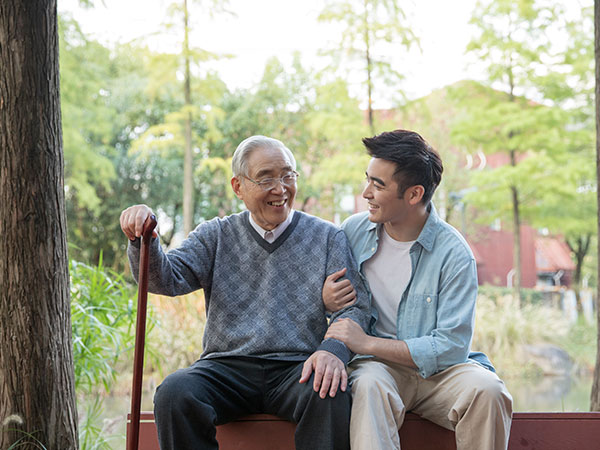 In 1989, China designated lunar September 9th each year as the Elderly's Day, which became a festival to respect, love and help the elderly. Climbing to appreciate the autumn and expressing gratitude to the elderly are two important themes of the double Ninth Festival activities.