Top 11 Things to do in Beijing

Beijing is the capital city of China and it is the political, educational and cultural centre of the country. The imperial city relics are mainly concentrated in the central area of the city. There are attractions such as the Forbidden City, the Temple of Heaven, and Qianmen Street, and so on. In western suburbs, the historical and cultural Tsinghua University and the North University are situated there, also, fragrant mountains and various ancient temples embellish aside.
The modern Beijing is full of brilliance. The tall buildings and the surging traffic flow make people feel the rapid development of science and technology. The Bejing National Stadium (Bird's nest) and the Water Cube have become Beijing's new landmarks building. If such a collision fusion can't satisfy your artistic taste, then shicha Lake, South Luogu Lane, Sanlitun, wudaoying, and 789 Art District will surely satisfy you.
Here are 11 things to do in Beijing. I highly recommend you experience all! 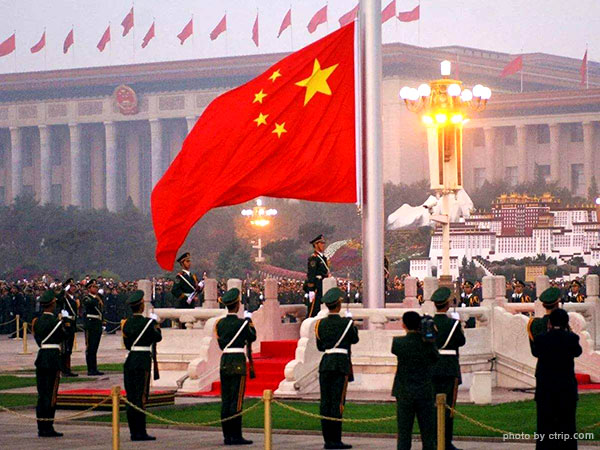 The national flag is a symbol of a country and a pride of a nation. The national flag brings people not only glory, but also patriotic feelings. Since the founding of People's Republic of China, the flag-raising ceremony of Tiananmen Square has been adjusted several times. However, the time remains the same. At around 6 am, the soldiers of the People's Liberation Army's honor guard will come here to raise the national flag. Along with the national anthem, the national flag and sun will rise together. Please check the timetable for the exact time of each day's flat raising ceremony. Every day, many citizens and tourists come here to witness this moment, and patriotism and national pride are raising in their hearts, too. 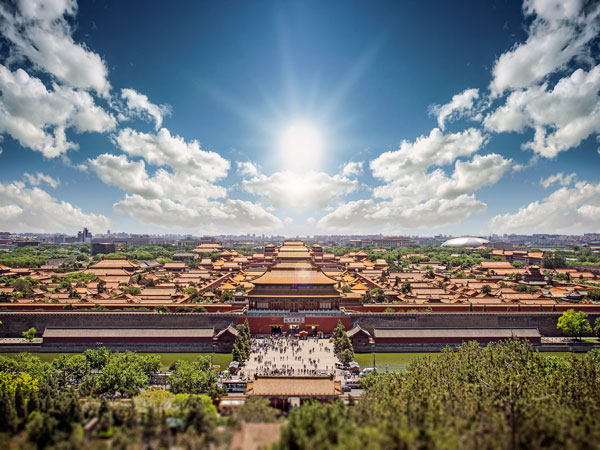 The Forbidden City is listed by UNESCO as the largest collection of preserved ancient wooden structures in the world. The Forbidden City was declared a World Heritage Site in 1987 as the "Imperial Palace of the Ming and Qing Dynasties." Now known as the Palace Museum, it is to the north of Tiananmen Square. Rectangular in shape, it is the world's largest palace complex and covers 74 hectares. Surrounded by a 52-meter-wide moat and a 10-meter-high wall are more than 8,700 rooms. There are unique and delicately structured towers on each of the four corners of the curtain wall. These afford views over both the palace and the city outside. Words can't describe the greatness of the Forbidden City, also, words can't describe your feelings when you visit there. However, the experience will totally enrich your life. 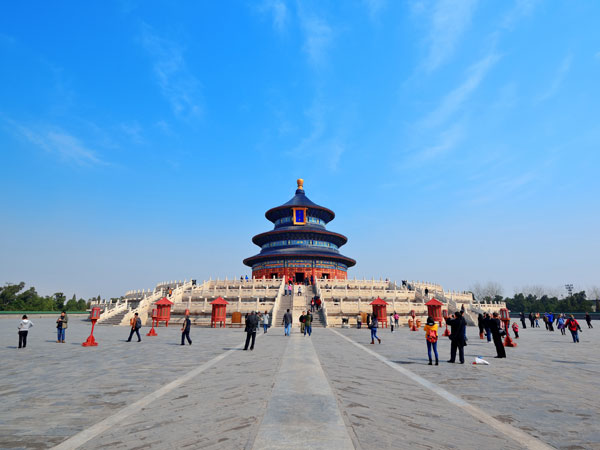 The Temple of Heaven is an imperial complex of religious buildings situated in the southeastern part of central Beijing. The complex was visited by the Emperors of the Ming and Qing dynasties for annual ceremonies of prayer to Heaven for good harvest. It is a place full of historical and cultural significance. 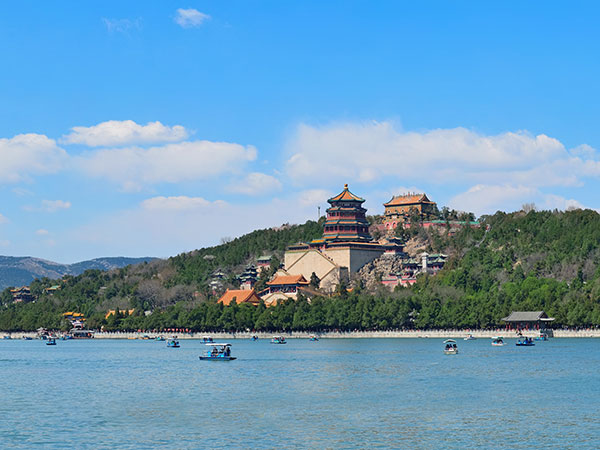 The Summer Palace is a vast ensemble of lakes, gardens and palaces in Beijing. It was an imperial garden in the Qing Dynasty. Mainly dominated by Longevity Hill and Kunming Lake, it covers an expanse of 2.9 square kilometres (1.1 sq mi), three-quarters of which is water. In December 1998, UNESCO included the Summer Palace on its World Heritage List. It declared the Summer Palace a masterpiece of Chinese landscape garden design. It is worth a visit. 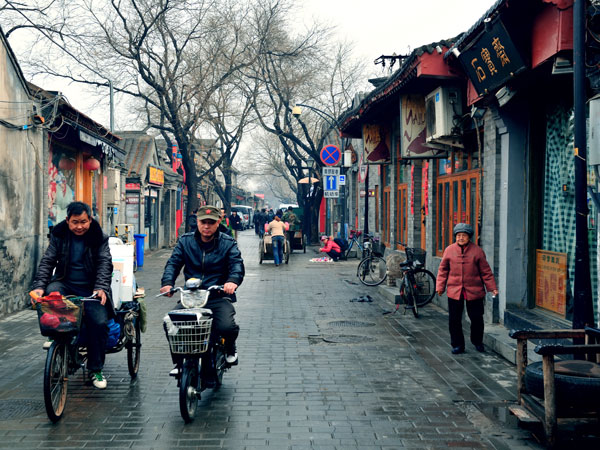 Highly recommend this one! Hutongs represent an important cultural element of the city of Beijing. Thanks to Beijing's long history and status as capital for six dynasties, almost every hutong has its anecdotes, and some are even associated with historic events. In contrast to the court life and elite culture represented by the Forbidden City, Summer Palace, and the Temple of Heaven, the hutongs reflect the culture of grassroots Beijingers. The hutongs are residential neighborhoods which still form the heart of Old Beijing. A virtual tour of one of Beijing's Hutong's can be found here. Visiting Beijing Hutong is like exploring a museum, just try to find the stories behind. 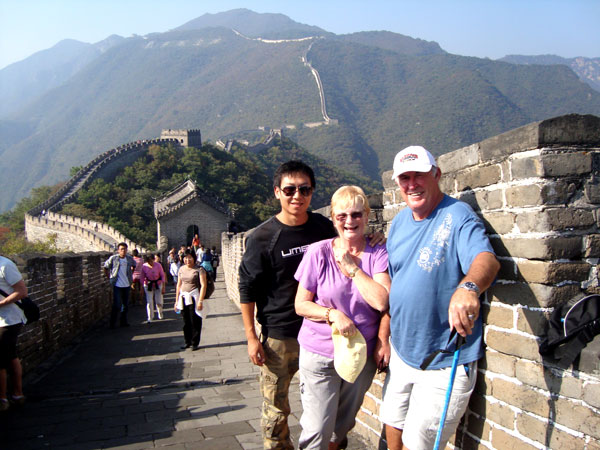 The Great Wall of China is a series of fortifications made of stone, brick, tamped earth, wood, and other materials, generally built across the historical northern borders of China to protect and consolidate territories of Chinese states and empires against the raids and invasions of the various nomadic groups of the Eurasian Steppe. Several walls were being built from as early as the 7th century BC; these were later joined together and made bigger by Qin Shi Huang (220–206 BC), the first Emperor of China. Little of that wall remains. Later on, many successive dynasties have repaired, maintained, and newly built multiple stretches of border walls. The most well-known of the walls were built during the Ming dynasty (1368–1644). By climbing the great wall, you will appreciate the wisdom of the ancient people, enjoy the breathtaking scenery, and cherish what we have today. The experience is totally enlightening. You must try this one! 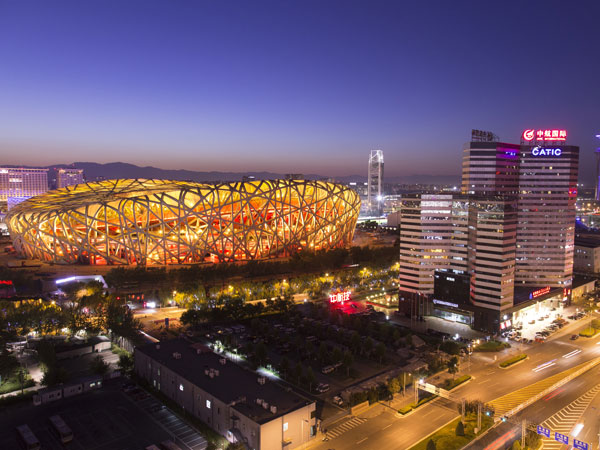 Beijing National Stadium, officially the National Stadium, also known as the Bird's Nest (鸟巢), is a stadium in Beijing. The stadium was designed for use throughout the 2008 Summer Olympics and Paralympics and will be used again in the 2022 Winter Olympics and Paralympics. The shape of the stadium is like the "nest" and cradle of life, and it holds the hope of the future for mankind. The designers did not do any extra processing on the stadium, just exposing the structure, which makes the stadium natural and artistic. It is modern masterpiece for sure. 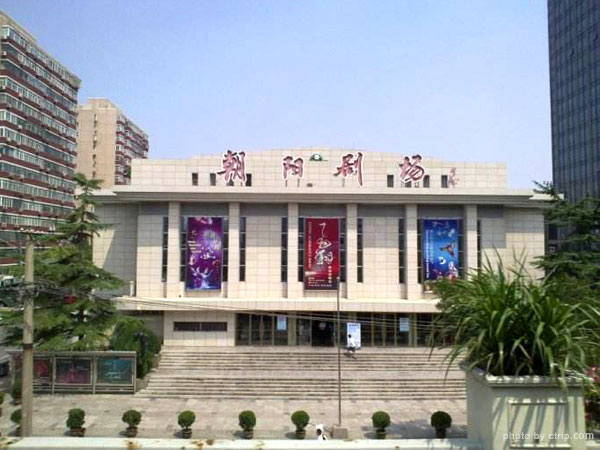 Highlight of your trip for sure! Chaoyang Theatre is proud to present, "The Flying Acrobatic Show", which performed by highly-trained Chinese acrobats & circus performers, known as the Beijing Acrobatic Troupe. Action packed with outstanding feats, beautiful choreography, color and excitement. From contortionist acts to high wire stunts, this performance has it all. The Chaoyang Theater has received many guests from abroad. It has also been highly praised by foreign presidents. You will enjoy every single second here, and heaps of 'wow' moment. 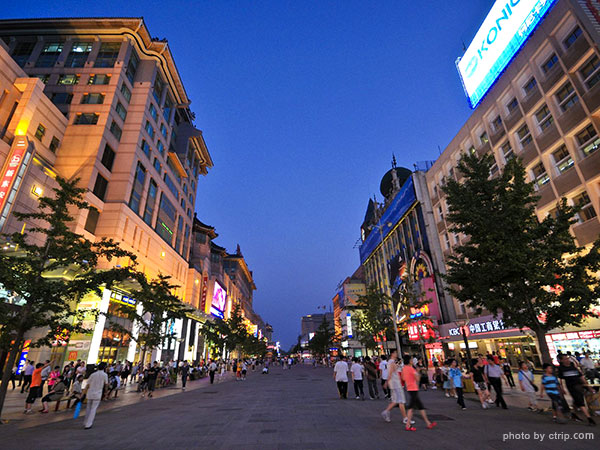 Beijing Wangfujing Street, as one of the symbols of Beijing's commerce, is the most well-known and prosperous shopping street with modern and fashion trends. Located near the city center in Dongcheng District, the street is one of four most prosperous business zones in Beijing. The street has an energetic and lively feel, which many people like to walk, bike, shop and dine in the area. The neon lights and architecture is out of this world. A must visit in Beijing.

10. Eat the Most Authentic Peking Duck 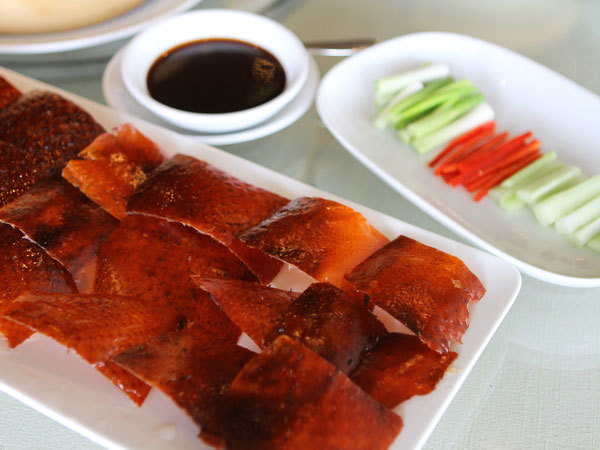 Peking duck is a dish from Beijing (Peking) that has been prepared since the imperial era. The meat is characterized by its thin, crisp skin, with authentic versions of the dish serving mostly the skin and little meat, sliced in front of the diners by the cook. Ducks bred specially for the dish are slaughtered after 65 days and seasoned before being roasted in a closed or hung oven. The meat is often eaten with spring onion, cucumber and sweet bean sauce with pancakes rolled around the fillings. Sometimes pickled radish is also inside, and other sauces (like hoisin sauce) can be used. It is considered one of China's national foods. You must give it a shot! 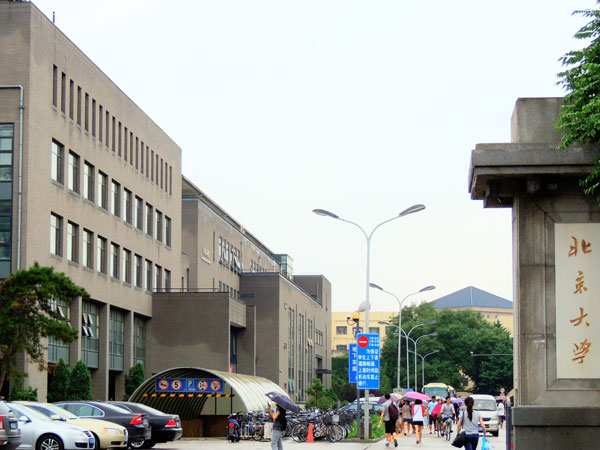