China is a country with five thousand years of history, with splendid culture. And food culture is an indispensable and important part of splendid culture. In China, it has always been said that "Food is the paramount necessity of the people." Here, we introduce the Top 8 Major Chinese Cuisines for your reference.

What are the 8 Major Chinese Cuisines?

The cuisine of Chinese food culture refers to the local cuisine in a certain region with a complete set of its own cooking techniques and flavors formed through a long historical evolution and recognized by all parts of the country. It is a local dish formed due to differences in climate, topography, history, products, and dietary customs.

Shandong cuisine originated from the Qilu flavor of Shandong. It is the only spontaneous cuisine among the four traditional Chinese cuisines (also eight major cuisines), compared to the influential cuisines such as Huaiyang, Sichuan, and Cantonese. It is one of the cuisines with the longest history, the richest techniques, and the most difficult. 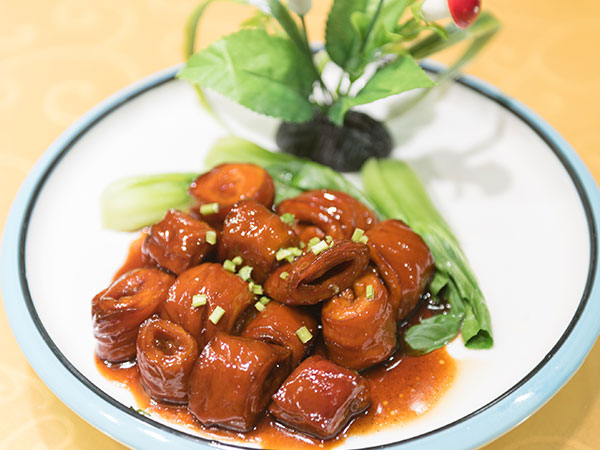 Shandong cuisine consists of four flavors: Qilu, Jiaodong, Kongfu, and medicated food. It is the most influential palace cuisine in China. Lu cuisine is famous for its delicate fragrance, tenderness and salty taste. Shandong cuisine pays attention to the excellent texture of raw materials, using salt to extract freshness and soup to strengthen freshness. The seasoning emphasizes salty freshness and purity, highlighting the original flavor.

Sichuan cuisine is one of the eight major cuisines in China. It originated in Sichuan and Chongqing, and is characterized by pungent, spicy, fresh and fragrant. The emergence of Sichuan cuisine can be traced back to the Qin and Han dynasties. It has formed a genre in the Song Dynasty. After the introduction of pepper to China in the late Ming and early Qing dynasties, Sichuan cuisine underwent major innovations and gradually developed into the current Sichuan cuisine. 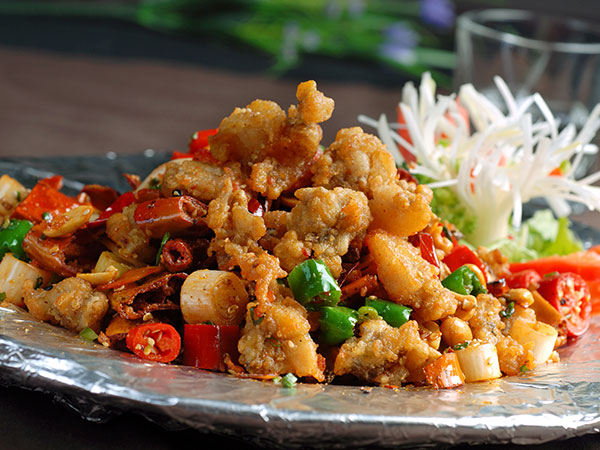 Cantonese cuisine pursues the original and fresh taste of the raw materials. The characteristic of pursuing lightness, freshness and original taste not only conforms to the climate characteristics of Guangdong, but also conforms to the requirements of modern nutrition. It is a scientific food culture. The representative dishes of Cantonese cuisine are white sliced chicken, roast goose, roast suckling pig, braised pigeon, Honey-Stewed BBQ Pork.

Jiangsu cuisine consists of four flavors: Nanjing, Xuhai, Huaiyang and Southern Jiangsu. Jiangsu cuisine originated more than 2,000 years ago, among which Jinling cuisine originated in the pre-Qin period. It is the second largest cuisine in the court. Today, the state banquet is still dominated by Huaiyang cuisine. Jiangsu cuisine is marked by well-selected materials, fine knives, sweet taste and exquisite shape. Because the climate in Jiangsu and Zhejiang is humid and close to the coast, sugar is often added to the dishes to remove moisture. 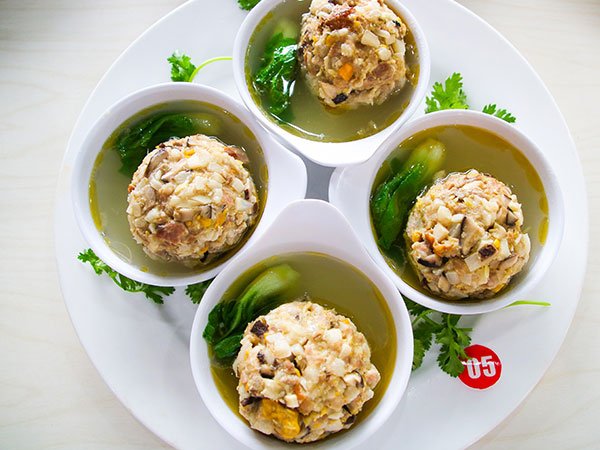 Jiangsu cuisine is good at stewing, braising, steaming, and stir-frying. It pays attention to the soup and keeps the original juice of the ingredients. The flavor is light and fresh, thick but not greasy. The famous dishes include Jinling roast duck, old duck soup, sweet and sour mandarin fish, watermelon chicken, boiled salted duck, braised turtle in clear soup, etc.

Fujian cuisine is a cuisine based on local flavors of Eastern Fujian, Southern Fujian, Western Fujian, Northern Fujian, Central Fujian, and Putian. Take Fuzhou cuisine as a representative. Fujian dishes are fresh, light and tend to be sweet and sour. It especially pays attention to the soup. Fujian cuisine has the following distinctive features: one is the skillful knives; the second is the numerous soup dishes; the third is the special seasoning. 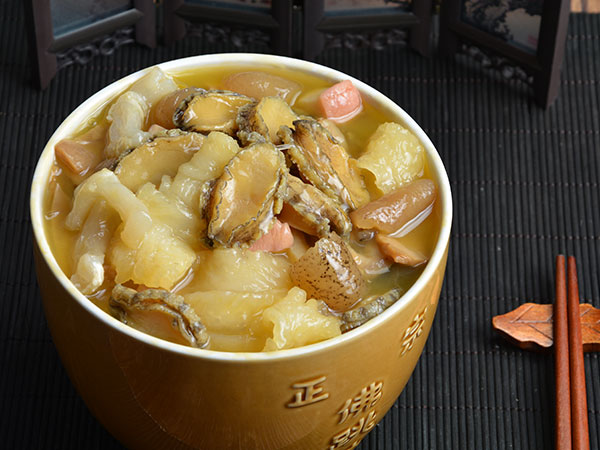 The most prominent cooking methods in Fujian cuisine are liquor-saturated, braised, pickled, etc., among which the most characteristic is pickled. Red distilled grains, commonly used in Fujian cuisine, are made of glutinous rice fermented by red koji, with strong flavor and bright red color.

Zhejiang is located on the coast of the East China Sea and is known as the hometown of fish and rice. It is rich in seafood as well as various fishes. Zhejiang cuisine is a local cuisine represented by four flavors of Hangzhou, Ningbo, Shaoxing and Wenzhou. Zhejiang cuisine uses a wide range of raw materials, pays attention to the freshness and reasonable combination of raw materials, and fully explores the deliciousness and nutrition of ordinary raw materials. 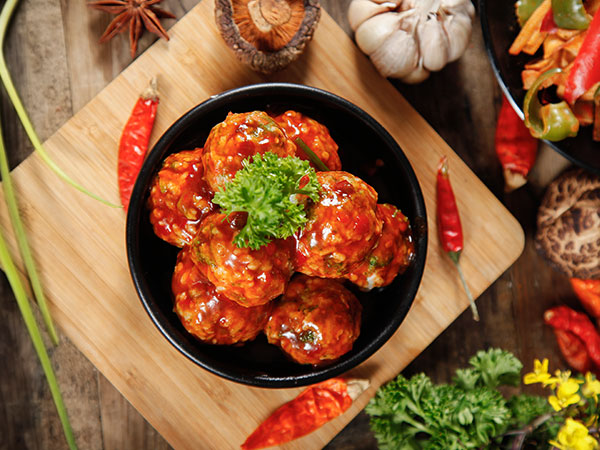 Anhui cuisine is one of the eight major cuisines in China. Huizhou cuisine originated from Huizhou Prefecture (now Huangshan City) in the Southern Song Dynasty. Due to the rise of Anhui merchants in the Ming and Qing Dynasties, this local flavor gradually entered the market, spreading in Jiangsu, Zhejiang, Jiangxi, Fujian, Shanghai, Hubei, and even the middle and lower reaches of the Yangtze River. It was once rank the first place in the eight major cuisines in the Ming and Qing Dynasties. 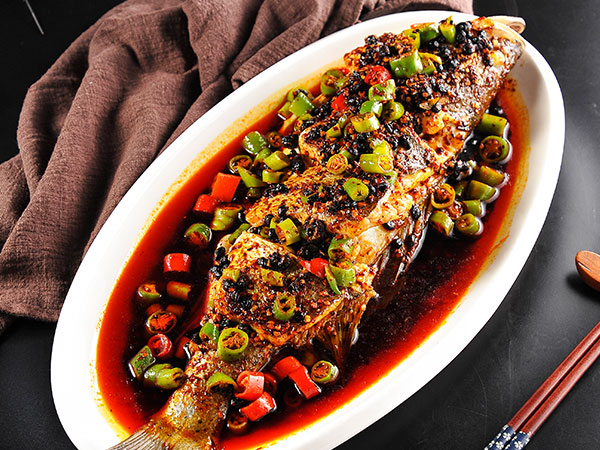 Hunan cuisine is a local cuisine with a long history in China. Hunan cuisine pays particular attention to seasoning, especially hot, sour, salty, fragrant, and fresh. The summer is hot in Hunan, its flavor is light, fragrant and fresh. The winter is wet and cold, and the taste is hot and spicy, strong and fresh. 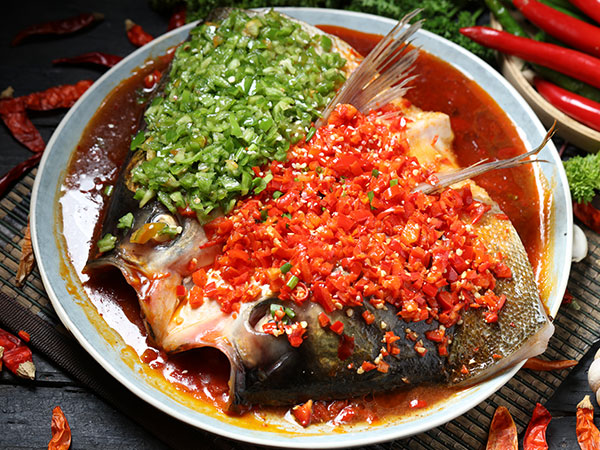