Lijiang Ancient Town, also known as Dayan Town, is located in the ancient city of Lijiang City, Yunnan Province. It was built at the end of the Song Dynasty and the beginning of the Yuan Dynasty and is located on the Yunnan-Guizhou Plateau. The streets of Lijiang old town are built against the hills and the water, paved with red breccia. 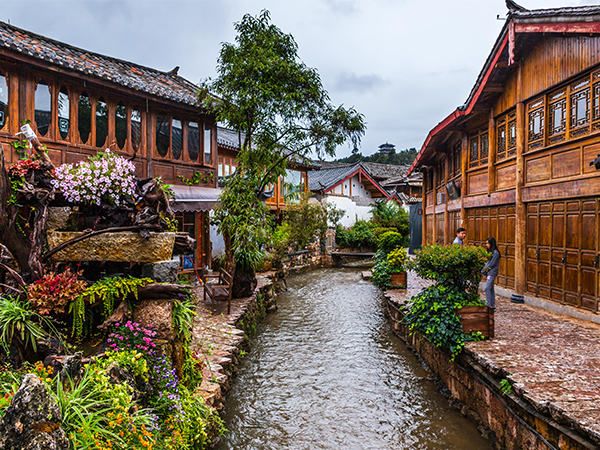 Lijiang is one of the second batch of approved Chinese historical and cultural cities. It is one of the two ancient cities in China that successfully declared the entire ancient city as a world cultural heritage. Lijiang Ancient Town has colorful local ethnic customs and entertainment activities, such as Naxi ancient music, Dongba ceremonies, divination culture, ancient town bars and Naxi torch festival, etc., which are unique. The ancient city of Lijiang embodies the achievements of ancient Chinese urban construction.

Pingyao Ancient Town, located in the central part of Shanxi Province, was built in the period of King Zhou Xuan and expanded in the third year of Hongwu in the Ming Dynasty (1370). It has a history of more than 2,700 years. It also retains the basic features of the county in the Ming and Qing Dynasties and is the most complete ancient city in the Han nationality area of China. 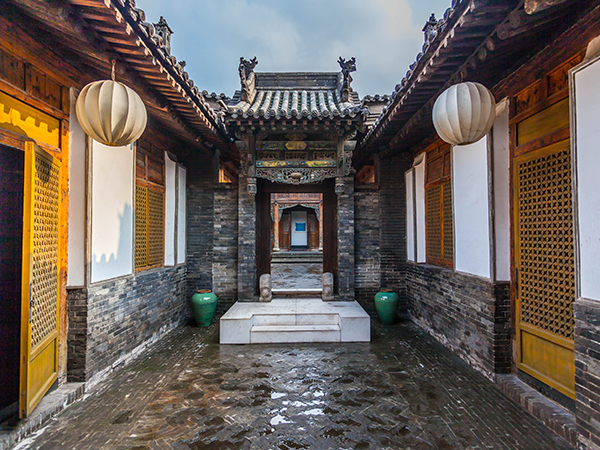 Pingyao Ancient Town is one of the only two ancient cities in China that has successfully declared its entire ancient city as a world cultural heritage.  It was added to the World Heritage List as a cultural heritage in December 1997. The main attractions include Pingyao county government, Confucius Temple, Qingxu Temple, Pingyao City Walls, etc.

Zhouzhuang Water Town is a pre-selected world cultural heritage site and the first batch of national 5A tourist attractions. It is located in the southeast of Suzhou City, at the junction of Kunshan, Wujiang and Shanghai. Zhouzhuang Water Town is surrounded by water. 14 ancient stone bridges built in the Yuan, Ming and Qing dynasties are well preserved on the well-shaped river. 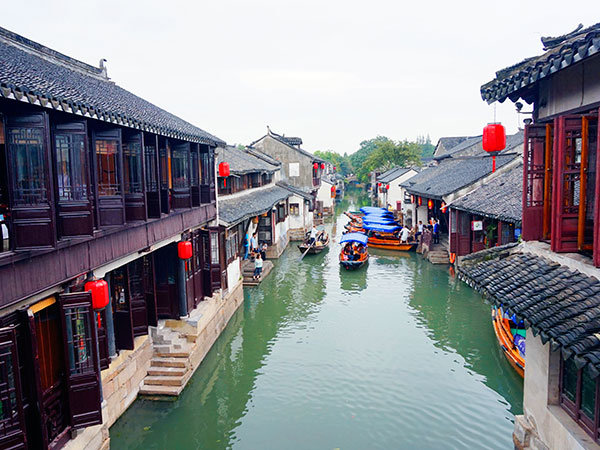 More than 800 aboriginal families live by the river, and more than 60% of the houses still retain the architectural style of the Ming and Qing Dynasties. The main attractions of Zhouzhuang Water Town include Fu'an Bridge, Shuangqiao Bridge, Shen Hall, etc. In 2007, Zhouzhuang Town passed the "National First Batch of AAAAA Tourist Attractions" by the National Tourism Administration.

Shuhe Ancient Town, known as "Shaowu" in Naxi language, means "village under the peak". It is one of the earliest settlements of Naxi ancestors in the Lijiang Dam, and is an important and well-preserved market town on the Ancient Tea Horse Road. It is also a living specimen of the Naxi ancestors' transition from agricultural civilization to commercial civilization, and a model of market town construction formed by opening up and caravan activities. 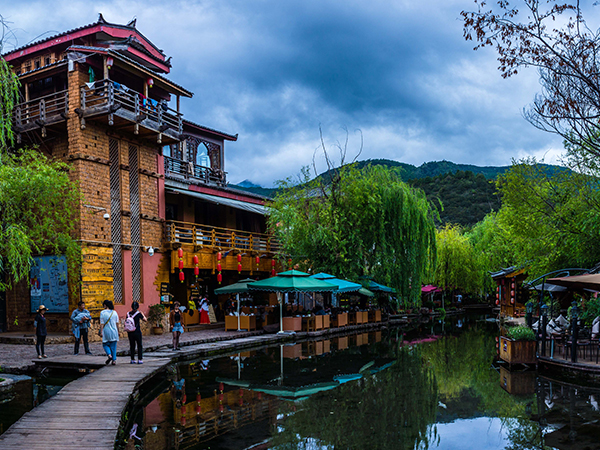 Located at the core of Lijiang Scenic Spot, Shuhe Ancient Town is an important part of the World Cultural Heritage Lijiang Old Town. It is a hub for visiting Lijiang Old Town, Yulong Snow Mountain, Lugu Lake, the First Bay of the Yangtze River and the Three Parallel Rivers Scenic Spot. In 2005, it was selected as the "China Charming Town" by CCTV.

Tongli Water Town belongs to Wujiang District, Suzhou City, Jiangsu Province. It is located on the bank of Taihu Lake and close to the seat of the municipal government. It has a history of more than a thousand years since the town was founded in the Song Dynasty. There are hundreds of gardens, temples, mansions and former residences of celebrities built in the Ming and Qing dynasties in the town. 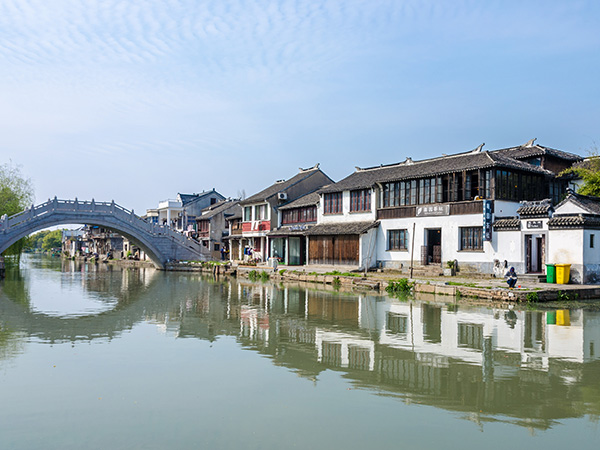 15 small rivers divide the town into seven small islands, while 49 ancient bridges connect them together. The ancient town of Tongli was listed as one of the scenic spots of the National Taihu Lake Scenic Area in 1980, and was assessed as a national 5A-level tourist attraction by the National Tourism Administration in 2010.

Huangyao Ancient Town is located in the northeast of Zhaoping County, Hezhou, Guangxi. It has a history of nearly a thousand years. It originated in the Kaibao period of the Song Dynasty, built in the Wanli period of the Ming Dynasty, and flourished in the Qianlong period of the Qing Dynasty. It is one of the "ten most beautiful ancient towns in China". 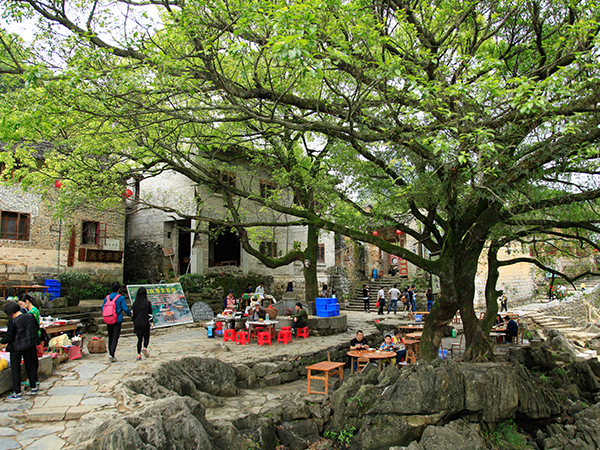 Huangyao is a typical karst landform, with strange peaks, deep karst caves, clear streams and towering ancient trees. There are eight streets in the town, most of the houses maintain the Ming and Qing style, and the streets are all made of bluestone. Here, you can stay in a daze, wander aimlessly in the ancient town, or rent a bicycle and walk along the Yaojiang River. Huangyao Ancient Town is also the best-preserved Ming and Qing architectural complex in Guangxi that worth a visit. 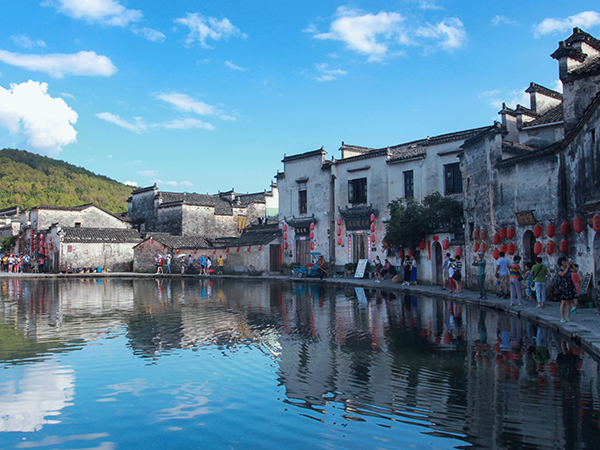 Xidi and Hongcun are famed for their idyllic scenery, well-preserved village forms, exquisitely crafted Hui-style dwellings, and colorful historical and cultural connotations. They are known as "villages in paintings". The layout, structure, decoration, and cultural connotation of Xidi and Hongcun are rare in the ancient residential buildings in China, and they are jewels in the Hui-style residential buildings. 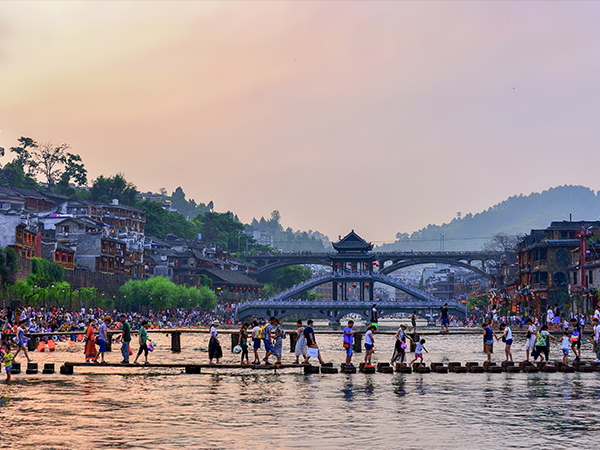 It was once praised by New Zealand writer Louis Alley as the most beautiful town in China. It is comparable to the ancient city of Lijiang in Yunnan and Pingyao in Shanxi, and enjoys the name of "North Pingyao, South Fenghuang". Fenghuang Ancient is a national historical and cultural city and a national AAAA-level scenic spot.