Etiquette and Taboo in Vietnam

Vietnamese people are very particular about etiquette, from greetings to hospitality, from eating habits to traditional folk customs, they are unique. More and more people like to go on holiday, and Vietnam is a popular destination in Southeast Asia. So, what are the specific etiquette and taboo in Vietnam?

Vietnamese at social gatherings and guests meet prefer a conventional handshake generally. Western customs like hugging or kissing the cheeks are frowned upon. Some ethnic minorities such as Miao and Yao people make a slight bow with both hands folded in front of the body to express respect.

Say hello by saying “Xin Chao”(seen chow). Some people just say, “Chao” but that is better for people you are familiar with. When talking to strangers or someone older than you, it is better to say “Xin Chao” to show respect. 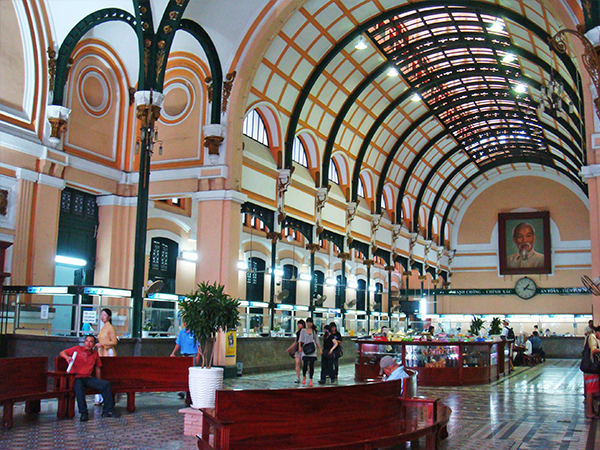 Dress conservatively wherever possible, especially ladies out there. Modest dress is considered the norm in Vietnam. The dress code is more relaxed in major cities but do yourself a favor - don’t wear booty shorts to the fish market. Shorts should only be worn at the beach.

When visiting some recognized formal occasions such as temples and churches, try not to wear too casually. It is better to wear long sleeve clothes and long shorts and avoid exposed shirts. Hats are not usually worn inside churches or temples.

Don't talk about sensitive topics in public with Vietnamese, such as the Vietnam War and politics altogether. The Vietnamese have mixed feelings about the "American war," and are understandably averse to bringing it up in the presence of American citizens.

Vietnamese people also have many taboos, which should be paid attention to in public communication, daily life and tourism.

Do not touch someone’s head, even child.

Do not touch anyone on the shoulder.

Do not stand with your hands on your hips.

Do not cross your arms on your chest.

Do not touch a member of the opposite sex.

Do not pass anything over someone's head and pass items with both hands.

Do not point your feet at any sacred object or site.

Remove your shoes before entering a home

Do not lost your temple in public or when bargaining for a purchase.

Avoid public displays of affection with a member of the opposite sex.

Do not wear revealing swimwear such as bikinis