Vietnam is one of the few countries in the world that uses the lunar calendar and is one of the few countries to celebrate the Spring Festival throughout the country. Vietnamese New Year, also known as Tết Nguyên Đán or Tet for short, is the largest and grandest traditional festival in Vietnam with rings out the old year and ring in the New Year. The Spring Festival is also a day for family members to reunite.

When is Vietnamese New Year Tet? 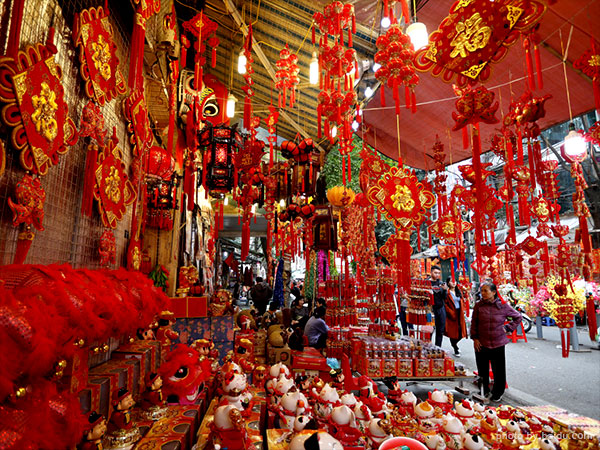 Vietnamese new year Tet is on the first day in the lunar calendar of Vietnam. Tet usually falls in the February, sometimes in January. The actual Vietnamese New Year dates vary slightly between years as the date goes with the Vietnamese lunar calendar. In 2020, Tet falls on January 25th. Tet holiday may last up 7 to 9 days, which is the longest holiday in Vietnam.

In Hanoi, the government allow people to hold festival events to celebrate the New Year. In Vietnam, Tet is the biggest traditional festival of the year, hence the festival celebration lasts from the first day to the third day of the first month. Many shops and businesses in Hanoi will be closed for a whole week and take a full rest. And there will be dragon and lion dance performances on the outdoor street, so lively. Plenty of customs and traditional folk activities will be also hold. There is also a large firework display on Hoan Kiem Lake, and the whole river is immersed in a festive atmosphere. If you travel to Hanoi Vietnam at this time, you can experience the Vietnamese New Year, appreciate the charming flowers, and taste the snacks of the Tet.

There are many important traditional festivals in Vietnam, including Ching Ming Festival (Tết Thanh minh), Dragon Boat Festival (Tết Đoan ngọ), Mid-Autumn Festival (Tết Trung Thu), Double Ninth Festival (Tết Trùng Cửu), etc., but in people's minds, the most magnificent and grandest festival of the year is still the Spring Festival. So far, Vietnam is still a country with a majority of farmers. According to the traditional saying, the original intention of Tet is to allow the people to have a leisurely and relaxed time to gather with friends and family after a year of hard work, to enjoy the joy of harvest, and look forward to good weather for the crops and a bumper grain harvest.

How People Celebrate the Tet in Hanoi?

Vietnamese people have a habit of pasting Spring couplets and pictures during the Tet. In the past, Spring Festival couplets were written in Chinese characters. After the text was digitized, most of the Spring Festival couplets now use Vietnamese characters. In addition, Vietnamese people also love to put up the words "Fu", "Xi" and various traditional Tet pictures to express their best wishes and yearning for the New Year. 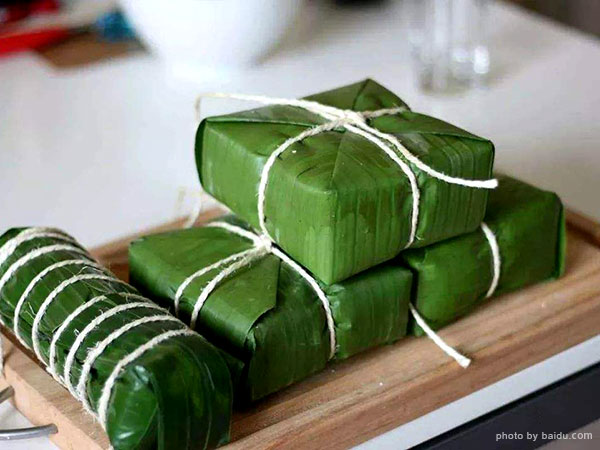 New Year cakes and sticky rice cakes are the must-eat food Vietnamese people during the Tet. Vietnamese sticky rice cake is square and large. It is usually made of 200 grams of glutinous rice, covered with 200 grams of pork and 150 grams of green bean fillings in the middle, wrapped in banana leaves. Legend has it that the new year cake symbolizes the earth, green shows vitality, and pork and green bean represent the poultry and beasts. 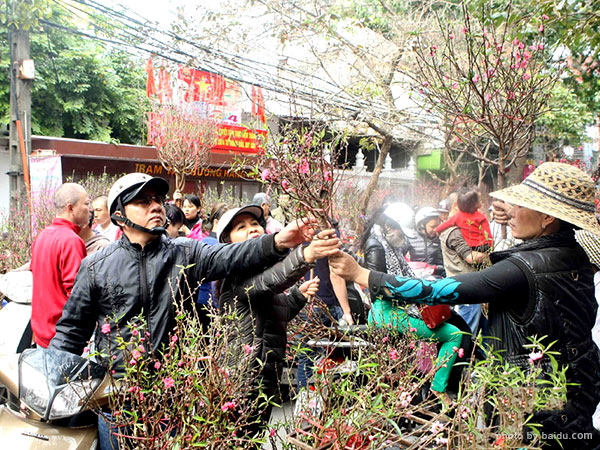 People often do not sleep on the last day of year and stay up to welcome the new year, we call it pernoctating. On New Year's Eve, people put on their festival clothes and take to the streets. Young women also wear Vietnamese traditional dress Ao Dai. At zero o'clock, when the radio broadcasted the national leaders' Spring Festival speech, the festive atmosphere reached its climax. Then people pick a branch and went home. This custom is called " picking green", which means bringing good luck to home.

In addition to visits between relatives and friends, during the Tet, various streets and parks as well as public entertainment venues throughout Vietnam have held various cultural activities for several days, performing traditional Vietnamese drama, song and dance, acrobatics, martial arts, wrestling, lion dance, etc. Folk activities such as chess, cockfighting, and fighting birds along with the festival moves like a raging fire launch. Hanoi is immersed in the festive atmosphere. 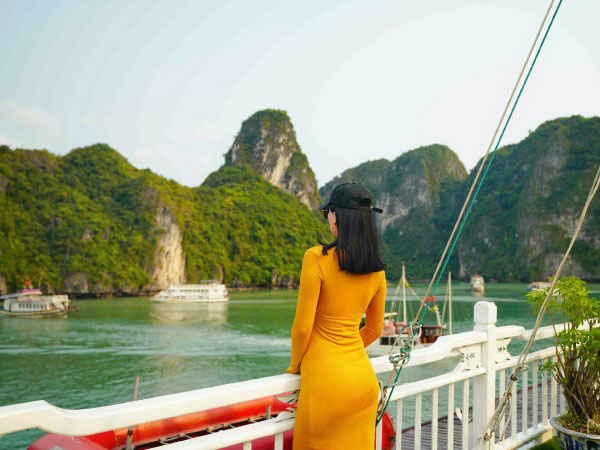