Hanoi is the capital of the Socialist Republic of Vietnam and the second largest city in Vietnam. It is located in the Red River Delta in northern Vietnam with an area of 3340 square kilometers and a population of 7.56 million. The rich historical relics in Hanoi and the numerous places of interest make it known as the "land of thousands of cultural relics". Hanoi is the city that best represents Vietnam's socialist-style. 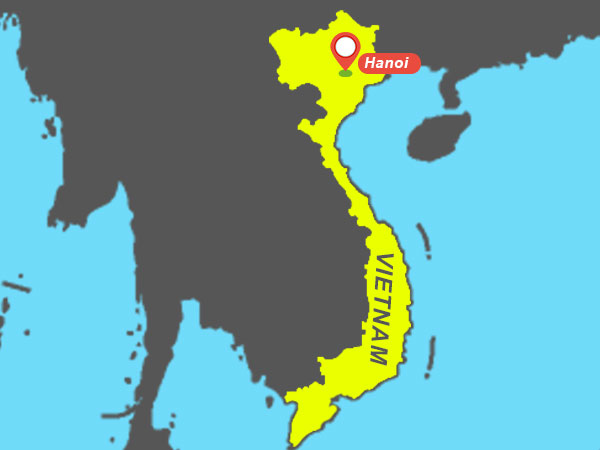 Hanoi is divided into an inner city (urban area) and an outer city (suburban area). The inner city is divided into three parts: Forbidden City, Imperial City and Capital City. Today's Hanoi City has expanded its urban area from 152 square kilometers in 1954 to more than 1,000 square kilometers, and its population has increased from more than 400,000 at that time to about 3.1 million. It is the political and cultural center of Vietnam. The urban area of Hanoi takes Hoan Kiem Lake as the center and extends radially around. 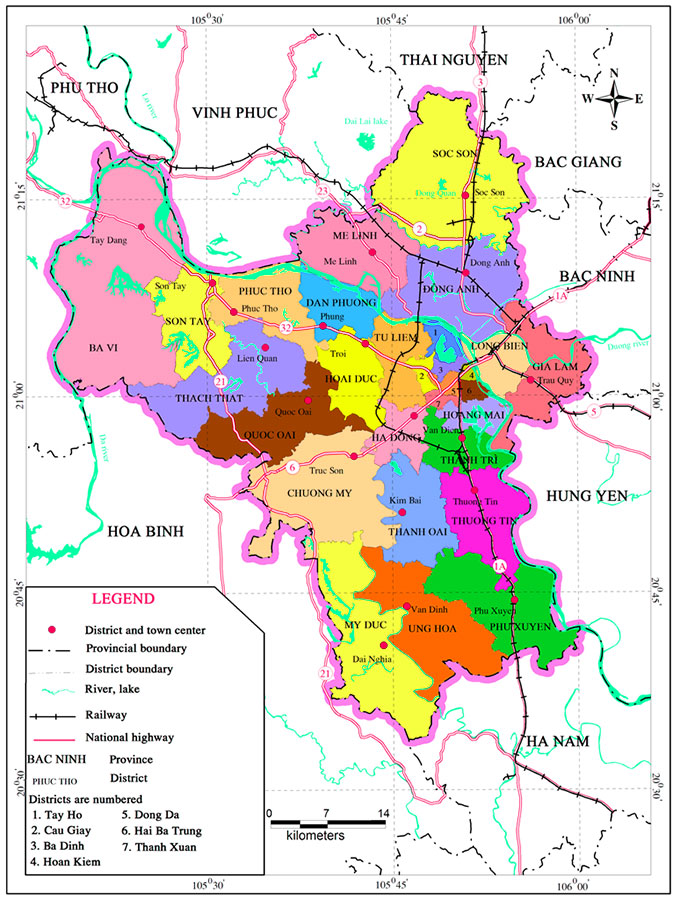 Hanoi is an ancient city with a history of more than 1,000 years. It was inhabited in Hanoi around 3000 years ago. Hanoi has been the political, economic and cultural center of Vietnam since the 11th century. Cổ Loa, the prototype of its urbanization, was built in 200 BC.

Founded in 621, Hanoi was Songping County under the administration of the Jiaozhou Prefecture of Tang Dynasty in China. It was the political, economic, and cultural center of northern Vietnam at that time. In the late Tang Dynasty, it became the station of the Jing Navy's ambassador. In 2007, the Ruins of the Tang Dynasty Anandu palace was unearthed in Hanoi. 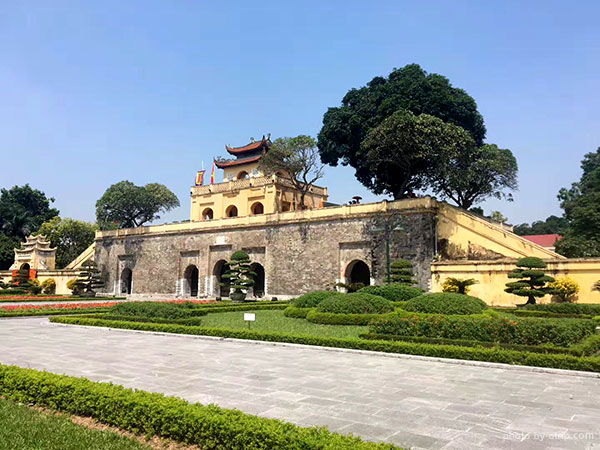 After Vietnam's independence from China in 939, the Hanoi region served as the capital of Vietnam's feudal dynasties such as Lý, Trần and Later Lê. In the mid-13th century, the Mongol army invaded and destroyed the city. In 1831, Emperor Vua Minh Mạng of the Nguyễn Dynasty set this place as auxiliary capital and saw that the city was surrounded by the Red River Embankment. It was renamed "Hanoi" and is still in use today.

During the French colonial period, Hanoi was the seat of the governor's office of the "French Indochina Federation", which brought French style to Hanoi. In 1940, Japan occupied Hanoi. After Japan surrendered, Hanoi became a battlefield between the French colonial government and the Vietnam League. After the August Revolution in 1945, Ho Chi Minh issued a "Declaration of Independence" at Bating Plaza in Hanoi, and Hanoi became the capital of the Democratic Republic of Vietnam (North Vietnam).

During the Vietnam War, Hanoi's transportation equipment was severely affected, but the Vietnamese quickly repaired it. After the war, South and North Vietnam were completely unified on July 2, 1976, and Hanoi officially became the capital of this unified country. On August 1, 2008, the three local governments of neighboring local governments were assigned to Hanoi city, making its area three times larger than before. The prosperous and lively streets in the urban area include Tao Street, Sugar Street and Tongchun Market.

Hanoi belongs to a tropical monsoon climate, with distinct four seasons. The weather of Spring is warm with light rain, and flowers and plants are pleasant. Summer is hot and rainy, and there are often cool winds in the afternoon to night. It is cool and dry in autumn, and the melons and fruits are fragrant, and there are typhoons and floods sometimes. The winter is relatively cold, and the temperature is usually between 14℃ and 18℃. Sometimes a cold northeast wind also blows. The average annual rainfall in Hanoi is 1676 mm, the average temperature in June is 28.8℃, and the average temperature in January is 16.5℃. The lowest temperature is 2.7°C and the highest temperature is 42.8°C. Humidity is moderate, sometimes below 80%. 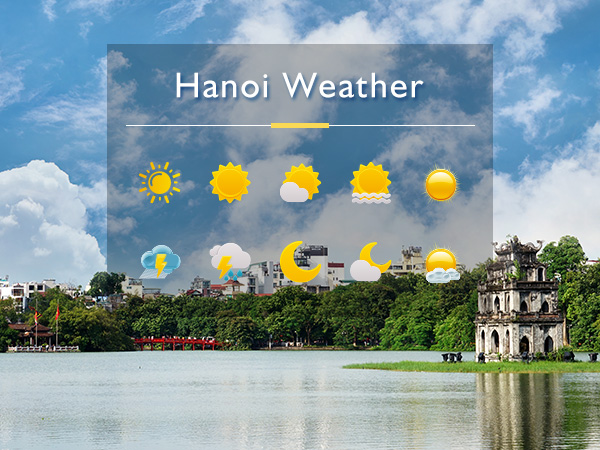 Hanoi is the transportation hub of Vietnam, with roads and railways running through the country. Hanoi enjoys convenient water, land and air transportation. 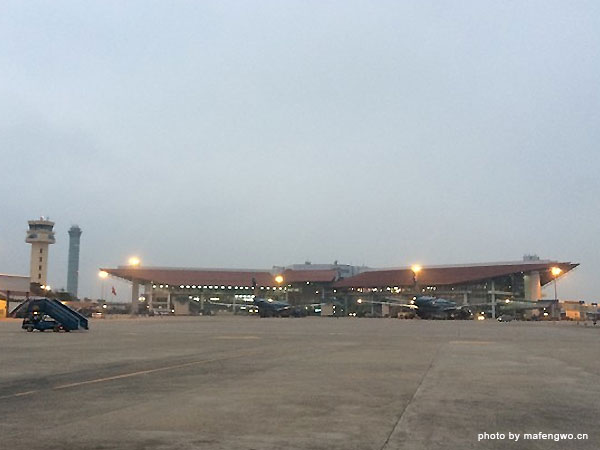 Hanoi is a train hub city in Vietnam, and from here you can catch trains to all parts of the country. The Vietnam Railway runs through north to south, connecting Hanoi and Ho Chi Minh City. It serves as the transportation artery of Vietnam, passing through tourist attractions such as Hue, Da Nang and Nha Trang.

Vietnam's roads are very developed, and there are many cars traveling between several tourist cities. However, due to the noisy environment at the bus station, the bus conditions are uneven, the staff does not speak English, and travelers are not recommended to go to the bus station to take the bus.

Open Bus is the most famous tourist self-service transportation method in Vietnam. You can buy all the tickets in Vietnam together. It runs a lot and is very convenient. The most commonly used by tourists are the Sinh Tourist (new coffee), Phuong Trang, Hanh Cafe and other companies.

The starting point and end point are Hanoi and Ho Chi Minh City, passing through Hue, Hoi An, Da Nang, Nha Trang, Mui Ne and other stations. Tourists can get on and off in various cities along the way, without limiting the departure time. But you need to confirm your seat with the local office at least 1 day before departure. Tickets can be booked online in advance.

Hoan Kiem Lake, also known as the Turtle Lake, is located in the heart of Hanoi's old quarter and is regarded as the important landmark in Hanoi. The crystal-clear lake is over-shaped and surrounded by green trees. The area of the lake is small, and it takes less than an hour to walk around the lake. Hoan Kiem Lake is free to public. 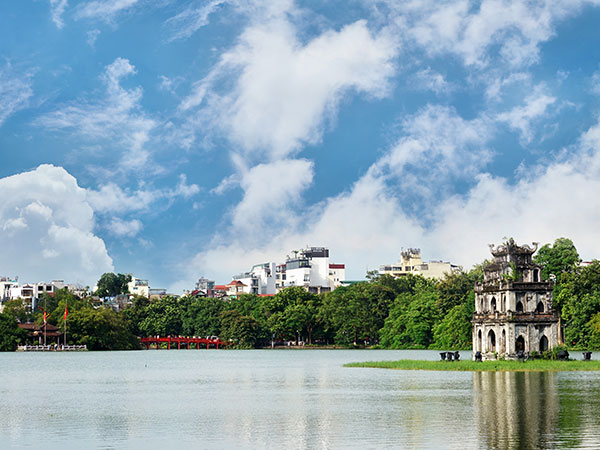 Saint Joseph Cathedral, also known as the Hanoi Cathedral, is the oldest church in Hanoi. Built in 1886, it modeled after the style of Notre Dame de Paris. It is a representative French building in Hanoi. Although the appearance seems a bit mottled, the main interior of the church, the stained-glass window, and the square tower are very worth seeing. 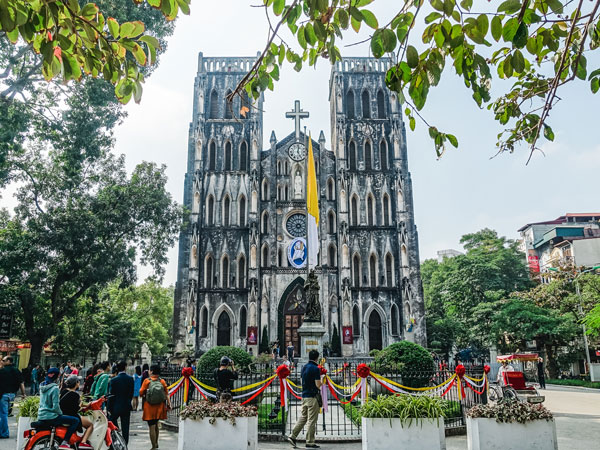 36 Bank Street is the most popular commercial street in Vietnam. The streets are intricate, and each street basically sells only products of the same industry. Each street has special craft shops, which is a great place to buy souvenirs. All kinds of handicrafts and souvenirs are almost the cheapest in Vietnam, and the variety is also very complete. 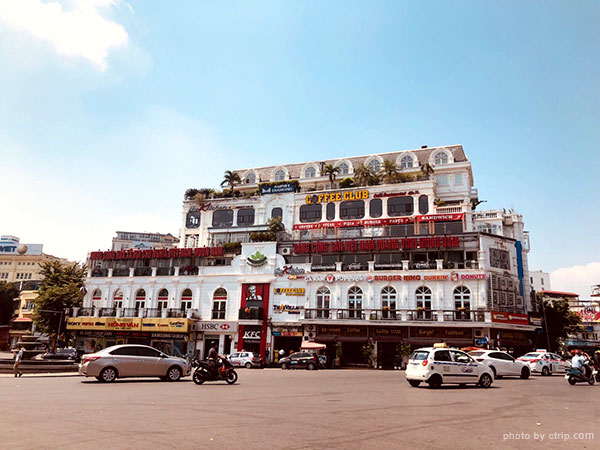 As the capital and tourist destination of Vietnam, Hanoi is relatively safe overall. But it is necessary to be careful of motorcycles that pass by on the streets and protect your belongings. If you encounter any situation, you should contact the local police immediately. 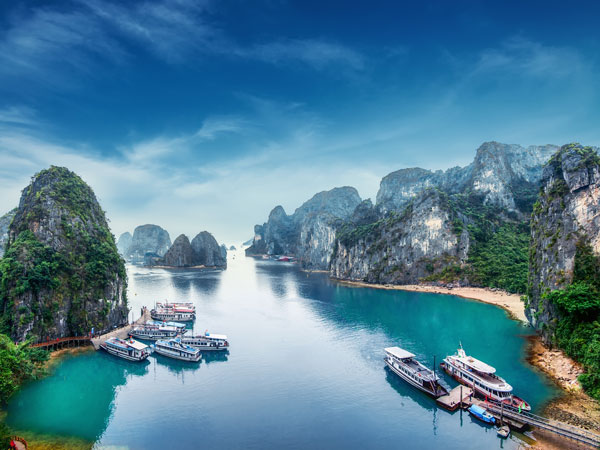 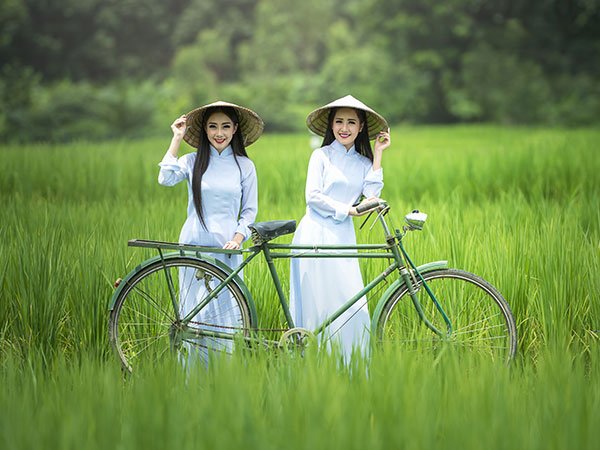