Best Things to Do in Mirissa

Mirissa is hidden in a quiet town near Galle on the south coast of Sri Lanka. Sri Lanka has more than 1,000 kilometers of long coastline. Mirissa Beach is one of the most mysterious places in the country. The Mirissa beach is decorated with coral reefs, mossy boulder and blue waters. In order to protect the ecological environment of Mirissa, it has not been fully developed, and there are fewer high-rise buildings that can be seen. Dense coconut trees and undeveloped beaches still preserve the original natural environment. More and more tourists travel to Sri Lanka, and Mirissa becomes one of the best beaches in Siri Lanka. What is the best thing to do when you come to Mirissa? Top Asia Tour would like to recommend two items: Whale Watching and Surfing. 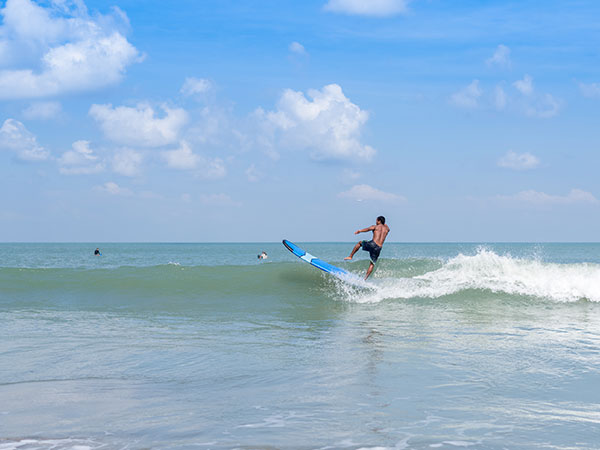 Best things to do in Mirissa - Whale Watching

Whale watching in the sea is the best thing to do in Mirissa. Most of the tourists who come to Mirissa won't miss it. Every year from November to April is the season for the migration of marine animals in the southern hemisphere. A large number of dolphins and whales depart from Antarctica and travel all the way north to the Indian Ocean. In southern Sri Lanka, the seawater is warm, the food is abundant, and the living environment is safe. It is a stronghold for whales and dolphins to stay. The southern sea of Sri Lanka has deep waters and very close to the continental shelf, so visitors could have many chances to see these Marine creatures. 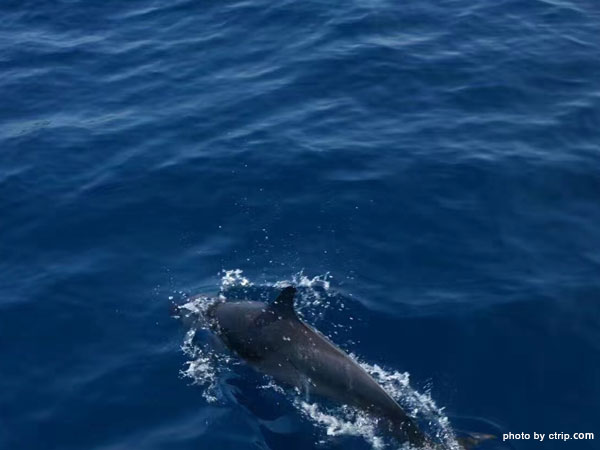 At the same time,  many types of whales that can be seen in Mirissa, such as the blue whale-the world's largest animal; there are opportunities to see sperm whales, whale sharks, humpback whales, killer whales, etc. There are even more dolphins. A trip to the sea may encounter several groups of playful dolphins. Therefore, Mirissa becomes a whale-watching resort, attracting people from all over the world.

In addition to its geographical and quantitative advantages, Comparing with whale-watching programs in other regions, the costs in Mirissa are also competitive. Prices are much lower than in other areas. The captains here will try best to find the whale, and then the visitors could have the chance to see.

Generally speaking, the whale watching tour starts at 6 am. First, you need to depart from the hotel to the Mirissa fishing port by yourself. You can take a boat out to sea at about 7 am. Start an unforgettable deep-sea whale watching tour of the Indian Ocean.

Best things to do in Mirissa - Surfing

Except for the whale watching, the best thing to do in Mirissa is surfing, which is also the most popular activity for tourists. Every year from December to March, Mirissa becomes the most suitable beach for surfing in southern Sri Lanka. It is very friendly for surfing beginners, and many local dive shops offer surfing courses for novices. There is a beautiful lagoon surrounded by coral reefs near the beach, which is a paradise for snorkelers.

Among them, Elsewhere Surf, which provides camping facilities, is most respected by young tourists from Europe and America. It is located in Weligama, 4 km away from Mirissa, this haven is ideal for novices to practice surfing skills.

Mirissa is also a small fish village, and there are many specialty shops in the streets of the town. If you finish the surfing activity, coming to the town and having a relaxing time is a good choice.

How to get to Mirissa

From Colombo to Mirissa

You could take bus from Colombo Fort to Matara or Tangal, then get off at Mirissa.

From Galle to Mirissa

You could take train from Colombo railway station to Weligama, and then transfer to bus or tuk-tuk to Mirissa. The journey takes about 2.5 hours.

♦ The monsoon season is from May to June, so it is not recommended for tourists with severe seasickness to travel at this time.

♦ It is recommended to choose a professional ship that complies with the whale approach rules.

♦ Medicine for seasickness is usually provided on whale-watching ships, but it is recommended to bring your own.

♦ It is recommended to take precautions against sunburn.