Taj Mahal, known as the most beautiful mausoleum in the world, is a must-visit place for all travelers to India. The total number of tourists to the Taj Mahal each year is more than twice the total population of Agra. The white marble monument was designated as a UNESCO World Heritage Site in 1983. 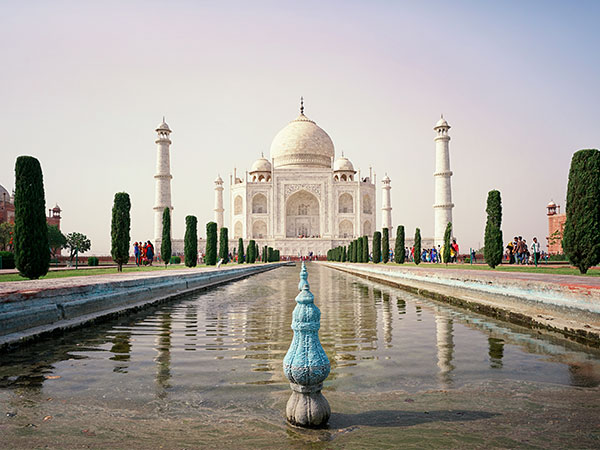 The Taj Mahal is the mausoleum built by the fifth Mughal emperor Shah Jahan (reigned 1628–58) to commemorate his deceased Persian Queen Mumtaz Mahal. Mumtaz Mahal is Shah Jahan's third wife and the niece of Shah Jahan's father. Mumtaz Mahal died after giving birth to their 14th child in 1631. Before she died, she left the last four wishes to Shah Jahan, one of which was to build the most beautiful mausoleum in the world for her. The heartbroken emperor invited the most famous architect of the time, and patronized the building of a magnificent mausoleum across the Yamuna River from his own royal palace at Agra. The structure began around 1632. Over 20,000 workers, as well as some 1,000 elephants, were brought in to build the mausoleum complex. After 22 years of joint efforts, the Taj Mahal was completed around 1653. 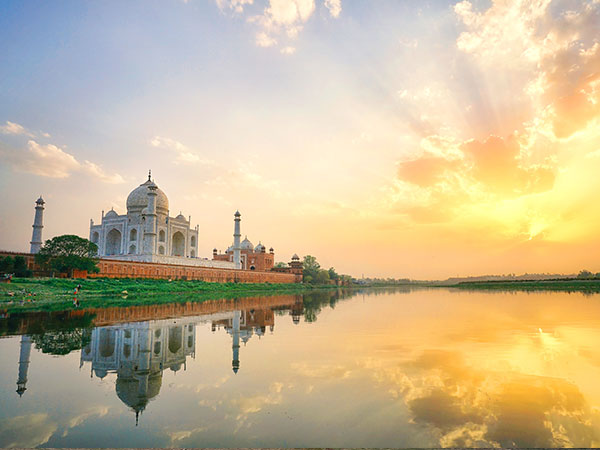 Who is the designer 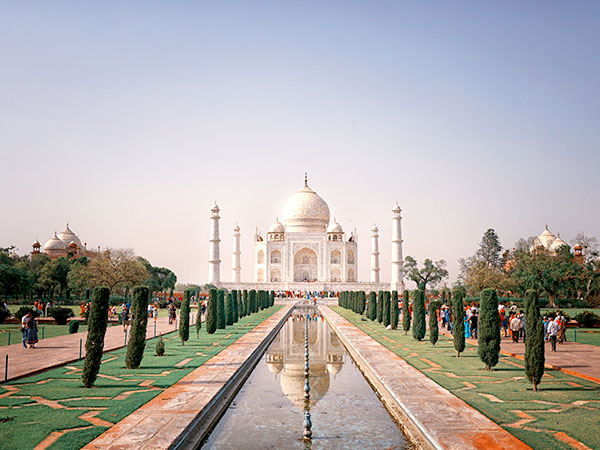 Construction and Layout of Taj Mahal

Taj Mahal is the most classic and famous Mughal architecture in India. Persian, Indian, Islamic styles were fused to produce works of unusual quality and refinement.

It was named the Taj Mahal in memory of Mumtaz Mahal. The mausoleum of the Taj Mahal is mainly made of pure white marble, and it is also inlaid with gems from all over the world, such as turquoise, jade and crystal from China, lapis lazuli from Afghanistan, sapphire from Sri Lanka and agate from Arabia. Except for the Yamuna River, the Taj Mahal is surrounded by jagged red sandstone walls on all three sides.

There is a huge Mughal garden when entering the main entrance of the Taj Mahal. The path divides the garden into four parts and sixteen small flower gardens. There is a marble pool in the middle of the garden, called Hawd al-Kawthar, which means "pool full of abundance", where you can see the reflection of the Taj Mahal in the water. And it's the most popular place to take photos in Taj Mahal.

At the end of the pool, you need to put on the shoe cover before climbing up the stairs. From now on, you formally have a chance to close contact with the tomb. There are tall towers in each corner of the mausoleum, which is a typical Muslim style for Muslims to chant the Quran and pray for kneeling. The dome is Persian style and decorated with lotus flowers. At the entrance of the main mausoleum, you can appreciate the beauty of the mausoleum's details more clearly. The Quran is engraved on both sides and beautiful gems are placed. You will see two sarcophagi, where is the final resting place of Shah Jahan and his beloved wife. They are next to each other, the bigger one is Shah Jahan's and the small one is his wife's. They were actually buried under the sarcophagus, and the seal of the queen was carved in Persian on the top of the center of the tomb. The main mausoleum has a connecting radius on both the east and the west sides. The west side is for Muslims to pray and kneel, and the east side is mainly for symmetric architecture. The corner of the two mosques is the best angle for shooting the side of the Taj Mahal.

What to see nearby 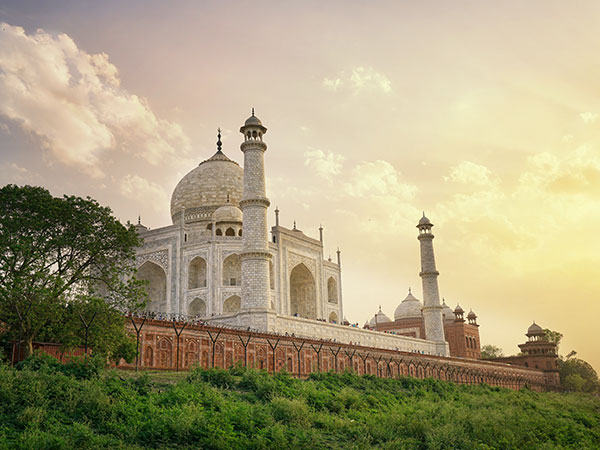 According to an investigation by environmental protection and cultural relics in India, many parts of the Taj Mahal have been irreparably damaged by the local tourism department due to long-term failure to pay attention to environmental protection and tomb maintenance. The marble steps have been worn and cracked, and the delicate carvings and gemstone inlays have also been damaged. In addition, due to a large amount of toxic gas emitted from the surrounding factories, which caused excessive acid rain, the original white Taj Mahal appeared yellow spots. No wonder staff in the cultural relics department have complained for years that the Taj Mahal is crying. In their view, they must base themselves on the long-term and find ways to protect the Taj Mahal. The Indian government has announced 10 plans to protect the Taj Mahal since 1995, one of which is to use low-lead gasoline for vehicles driving around the Taj Mahal. 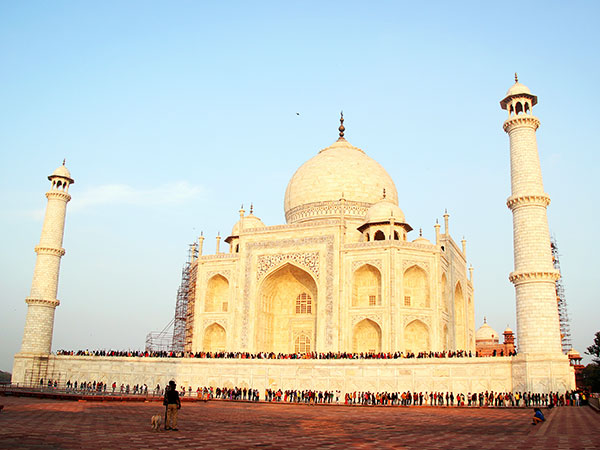 When the pollution problem of the Taj Mahal is gradually alleviated, international terrorist forces use it as the target of the attack. The Indian security service once masked the Taj Mahal with a black cloth in response to a possible "airstrike". Since then, there have been reports of threats to the Taj Mahal. The Indian government has launched an emergency plan to protect the Taj Mahal and even mobilized Special Forces. People hope the love story of Shah Jahan and Taj will continue forever through this great architectural essence.

To control the pollution and reduce human load, the Archaeological Survey of India has started to limit the duration of the visitor to the Taj Mahal to three hours since April 1, 2018.

As one of the Seven Wonders of the World in India, the Taj Mahal is the must-visit scenic spot you can't miss when traveling to India. Taj Mahal will bring you visual shock along with a rich history of India.