Fatehpur Sikri is an ancient Indo-Islamic style town, located 40 kilometers southwest of Agra City, Uttar Pradesh, India. It was a city built as the capital of the Mughal Empire in the 16th century by the Mughal Emperor Akbar. The capital was moved from Agra to Fatehpur Sikri in 1571, and serving for 15 years until 1586. However, the city was abandoned in 1585 due to lack of water, and the country moved to New Delhi. UNESCO listed the Fatehpur Sikri ruins as a cultural heritage in 1986.  Check out the recommended tour:10 Days Golden Triangle to Udaipur Tour 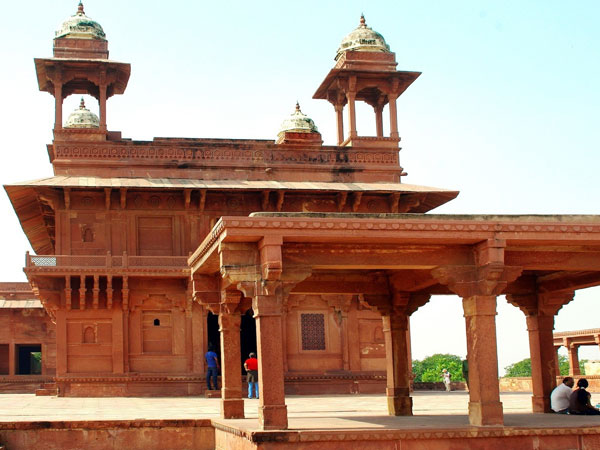 It's said that a saint named Sheikh Shalim Chisti came to preach in Fatehpur Sikri. Emperor Akbar visited him in the 16th century to seek his blessings for a male heir. The saint predicted that the birth of an heir to the Mughal throne. The son was born in next year, and the prophecy came true. The emperor Akbar was overjoyed and decided to name his son Shalim. At the same time, he built a new capital here in return and moved the country from Agra here in 1571. Emperor Akbar's expedited to West India and won in 1573. In commemoration of this victory, the city was named Fatehpur Sikri, which means "Victory City" and "Triumph City". However, the city was abandoned in 1585 due to lack of water.

Fatehpur Sikri is built on the rocky plateau, surrounded by the three west walls, with towers and 7 gates. The main buildings of the city are all made of red sandstone, inlaid with white marble, and engraved with various fine and delicate patterns and carvings.

The city is divided into the mosque area and the palace area. The mosque area is dominated by Friday mosques, and the small palace complex in the southwest and the public baths in the south are deserted. The size of the Friday Mosque is comparable to Delhi 's largest Friday Mosque in India. The atrium can accommodate more than 10,000 people in group worship. There are two holy temples in the atrium, and the beautiful building made of white marble is a temple used to praying for children. 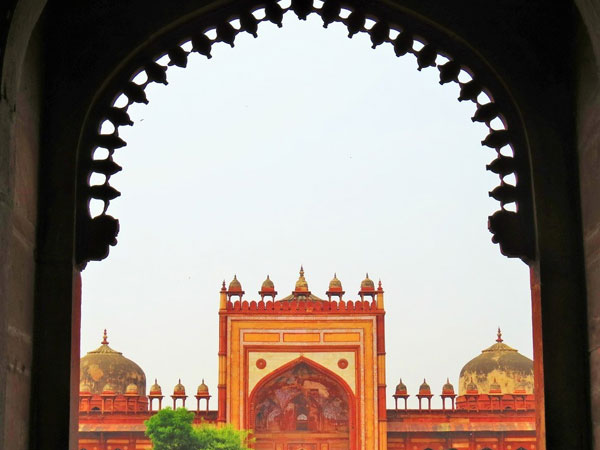 The palace area is located in the northeast of the mosque area, and the ochre red castle of the old palace is still standing on the rock. The palace is about 1600 meters wide and about 3,000 meters on the three sides. The palace includes Diwan-i-Am, the Five-Story Panch Mahal (the recreation quarters of the royal women), Daulat Khana-I-Khas (Akbar's private chambers), the Ankh Micholi Treasury, the Jewel House, the Anup Talao, and Jodha Bhai's palace.

Diwan-i-Am (the Lotus Throne Pillar) is a single pillar that's believed to have supported Akbar's throne. Between the surrounding porches, there is a royal loggia leading directly to the palace. There is a 7-meter-high stone column in the center, and the circular platform on the column is the seat of Emperor Akbar. The Panch Mahal is a five-story building in the shape of a tower without walls, surrounded by guardrails. The highest floor is a Turkish-style pavilion. Standing on the top floor, you can overlook the city. The inner house is the place where the concubines live. The roof is made of green glazed tiles, and its architecture is unique.

Emperor Akbar's palace is a more casual place in the castle. The emperor often sits on the square platform beside the wooden pool to cool off.

What to see in Fatehpur Sikri

Jodha Bhai Gate: one of the two entry gates. There is a free Archaeological Museum near it that's open daily from 9.00 am to 5.00 pm except for Fridays.

Jodha Bhai's Palace: Akbar's principal wife is Jodha Ba. Her residence is the most elaborate structure in the complex.

Diwan-i-Am (also known as Hall of Private Audiences): used for hearing the petitions of the general public every morning, for public prayers and celebrations. There are 3 parts: front space for public, center space for the emperor and adjacent space for royal ladies. 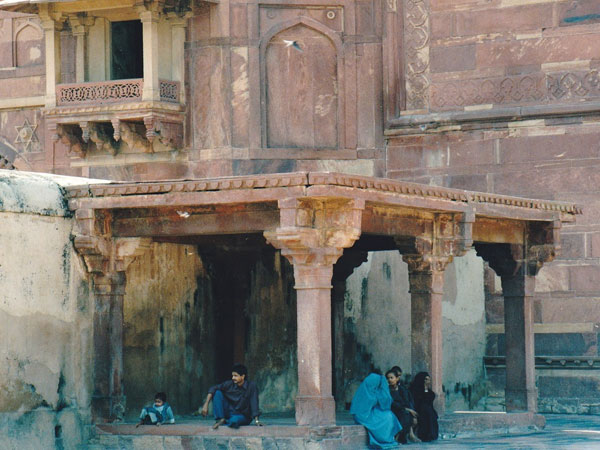 What else to see nearby

There is Keoladeo Ghana National Park (also known as Bharatpur Bird Sanctuary), where is one of the top places for bird watching in India.

What should you pay attention to

Fatehpur Sikri is dominated by the multitude of hawkers, pickpockets, beggars, and touts that roam uncontrolled. They will try their best to extract money from you. Please refuse them as assertive as you can, and ignore them.

Frauds will make your vehicle stop far from the site and force you to take Auto, even force you to buy wares at a high price, and fake guides you should be aware of as well. If you plan to visit Fatehpur Sikri, we suggest you use a travel agent to arrange, try to avoid self-guided tours here.