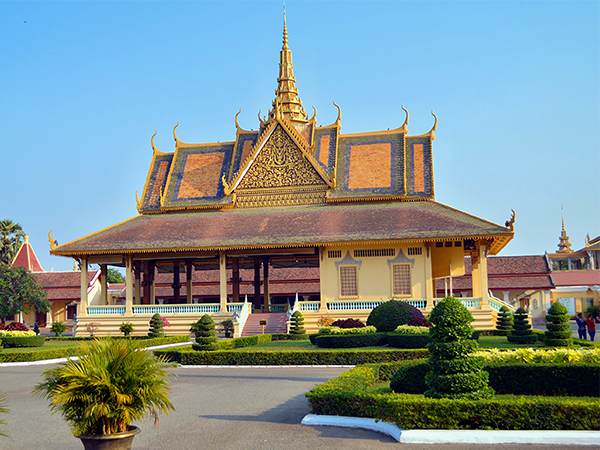 Where to visit in Phnom Penh ? Royal Palace & Silver Pagoda is an attraction you must go in Phnom Penh. The Royal Palace of Phnom Penh is the palace of the kings of Cambodia, and it is a complex of Khmer traditional style. Its appearance is magnificent and has a strong religious color. 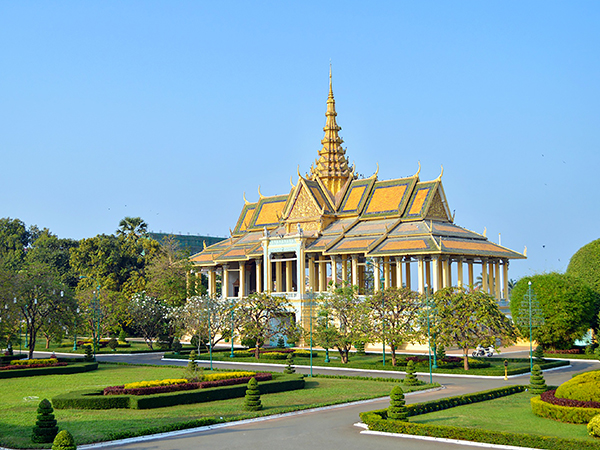 The Royal Palace of Phnom Penh, also known as the Four Arms Grand Palace, is located in the heart of Phnom Penh. It was built by King Norodom Sihanouk in 1866-1870. It was designed by the top architects of Cambodia and is the royal palace of the King of Cambodia. The palace's architecture has traditional Khmer architecture and religious colors. The palace has spires that represent prosperity. The temple is painted in yellow and white. Yellow represents Buddhism and white represents Brahmanism. The palace was originally made of wood and later converted into a cement structure, but it maintained its original appearance. The murals around the cloister of the Royal Palace are meticulously painted Indian myths by 40 artists.

Traditional music performances can be seen at the exit of the palace. Most of these actors are physically handicapped people who have lost their limbs. On the spacious and clean lawn in front of the palace, every night, there will be local residents, monks, and tourists from all over the world. The scene is very lively. It should be noted that the current opening of the Royal Palace in Phnom Penh is limited, mainly in the Silver Pagoda, the Coronation Hall and the surrounding courtyards.

The entire palace is divided into two parts. The northern part is occupied by the royal family. Tourists cannot visit it. The Silver Pagoda in the south can be visited. 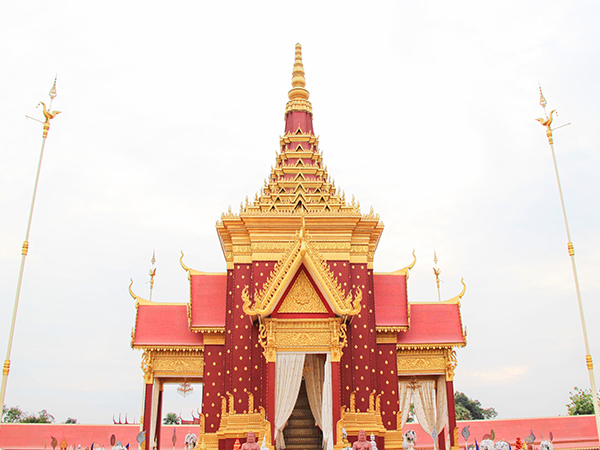 The Silver Pagoda was built between 1892 and 1920. It was rebuilt according to traditional Cambodian architecture in 1962. The floor was made of 5329 pieces of 1.125 kg of silver bricks, weighing a total of 5 tons. So, it is called the Silver Pagoda. There are hundreds of national treasures of gold and silver in the temple, so it is also known as the Silver and Gold Pagoda. Because the temple is dedicated to the Jade Buddha, it is also known as the Jade Buddha Temple. In the center of the temple is a Buddha statue made of 18k gold, weighing 90kg. The Buddha body is set with 9584 diamonds. The largest one is set on the chest of the Buddha and weighs 25 carats. This statue was built to commemorate the King of Sova.

In addition, the Royal Palace of Phnom Penh is a place where Cambodian kings and family members live, work and receive foreign guests. Except for the royal residence area, the rest are open to visitors. The palace has side doors for visitors to visit. If important foreign guests come here, the palace will open the middle door.

When is the best time to visit Royal Palace?

The best time to visit the Royal Palace in Phnom Penh is from 9:00 to 11:00 in the morning, because the weather will be very hot at noon and afternoon, and there are few shaded roads in the Royal Palace.

How to get to the Royal Palace? 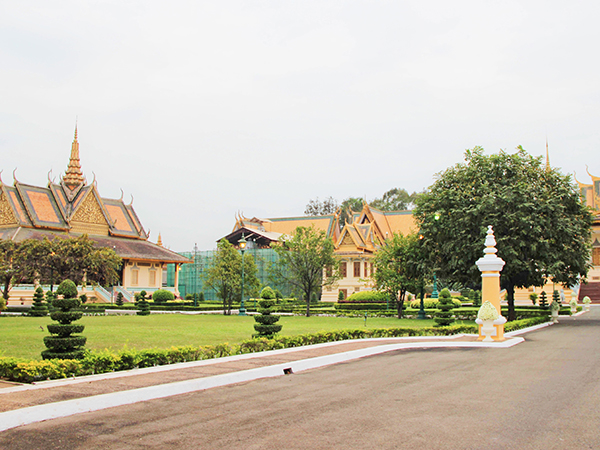 The Royal Palace is located in Phnom Penh. It is recommended to walk here or take a tuktuk. 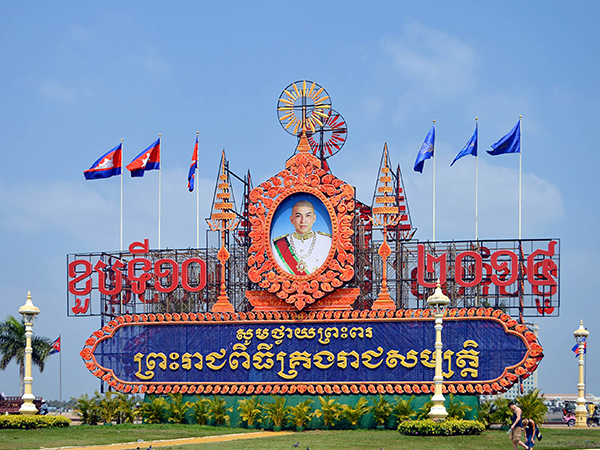