There is a place where is full of horror stories and memories of the sadness of the country not far from Phnom Penh. The " Cheung Ek Killing Fields " is the name that people call this place. It carries a horrified past and reminds people that it is far better than the good times of the day. 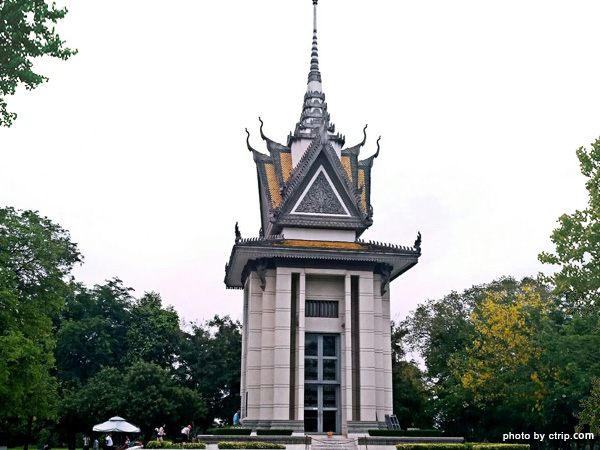 Cheung Ek Killing Fields is located in the southern suburbs of Phnom Penh, 15 kilometers from the city. Most of the people who died here were prisoners from the S-21 prison, including men, women and children, and babies. So far, there are more than 9,000 bodies excavated in the Cheung Ek Killing Fields, so it is also called mass graves here. In 1988, the Cambodian government built a stupa to house the skulls excavated from the tombs in order to commemorate the innocent souls.

What is Cheung Ek Killing Fields?

The Cheung Ek Killing Fields refer to a series of massacres in the period from 1975 to 1979 under the rule of the Khmer Rouge. Yale University had predicted that during the Khmer Rouge rule, the Democratic Republic of Cambodia, which was under socialist construction, estimated that 1,386,734 people would die from famine, labor, disease or persecution, accounting for quarter of the total population of Cambodia at the time. It is one of the most bloody and violent human catastrophe in the 20th century.

What is Khmer Rouge?

The Khmer Rouge, known as the " Khomay Krahom " in Cambodian, refers to the Communist Party of Cambodia and its followers. In 1975, the deposed Prince Sihanouk united the Communist Party of Cambodia and overthrew the Khmer Republic controlled by Lon Nol. After the seizure of power, the Khmer Rouge housed Sihanouk, and immediately pursued a Extreme-left social engineering policy aimed at achieving so-called pure communism.

From 1975 to 1979, during the three-year and eight-month administration, the Communist Party of Cambodia, headed by Pol Pot, used violent coercion to “cleanse” the city, implemented compulsory agricultural collectivization, and launched a nationwide massacre. In less than four years, about 2 million people died of famine, labor or persecution, accounting for a quarter of the population of Cambodia at the time.

Why there is Cheung Ek Killing Fields? 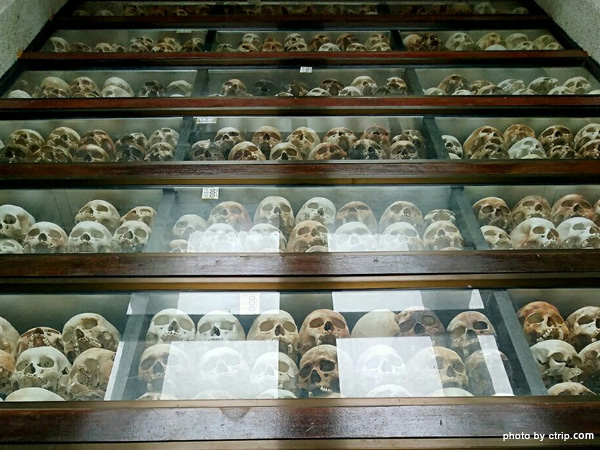 Pol Pot felt that there were many counter-revolutionaries in the party and the country, which was not conducive to the development of communism. So there was a brutal purge.

During this period, people of different factions were massacred, intellectuals and wealthy people were not spared. In the three years and more than eight months of the Khmer Rouge administration, an estimated 2 million people were killed in the country, part of which was massacred and some died of hunger and disease. In the horror storm of the Khmer Rouge, there are no shops, temples, schools or public facilities in the entire country of Cambodia. Beliefs are suppressed and civilization is shattered. In just a few years, this ancient country, which believes in Buddhism, has become a hell on earth.

Until now, the vitality of Cambodia has not recovered, the intellectuals are extremely scarce, and many systems have not been rebuilt. Such as transportation, law, medical care, education, etc. Then there is racial and religious persecution, and even speaking a foreign language is a crime of death. The Khmer Rouge prohibits all religious beliefs, shuts down or destroys all churches and temples. Buddhists are forced to return to the vulgar. Muslims are forced to eat pork.

The killing site is about 30 minutes drive from downtown Phnom Penh, with a Tuk-tuk car for about $8-12 and a car for about $12-15. Due to poor road conditions on the way, dust will fly during the dry season, and it is recommended to wear a mask when taking the Tuk-tuk.