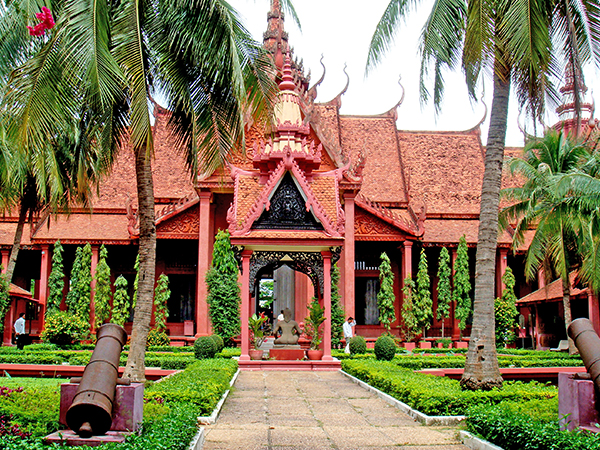 Angkor Wat is the first place for many people to go to Cambodia. However, if you want to know the history and culture of a place, the first thing you should do is to go to the local museum to find out it. The National Museum of Cambodia, a museum of historical history in Cambodia, is also a scenic spot in Phnom Penh other than the Royal Palace. Here you can see many of the religious artworks on display, and you can learn about the history of the country of Cambodia. Religion is the spirit, art is the body, and the National Museum of Cambodia is one of the world's largest collections of Khmer art collections.

Where is the National Museum of Cambodia?

History of National Museum of Cambodia

The National Museum of Cambodia was built between 1917 and 1920, when Cambodia was framed as a “French Protectorate” (1863-1953). The idea of establishing the museum was originally proposed by the French curator George Groslier. On April 13, 1920, under the auspices of King Sisowath of Cambodia, the opening ceremony was held. The highest commander, Henri Bodouin attended the opening ceremony.

In 1969, the central part of the east side of the National Museum was renovated. The museum building is a classic building in Phnom Penh with the use of herringbone roofs and carved doors. It is not only a Khmer ancient temple architecture, but also a traditional Khmer architecture with French colonial style.

Structure of National Museum of Cambodia 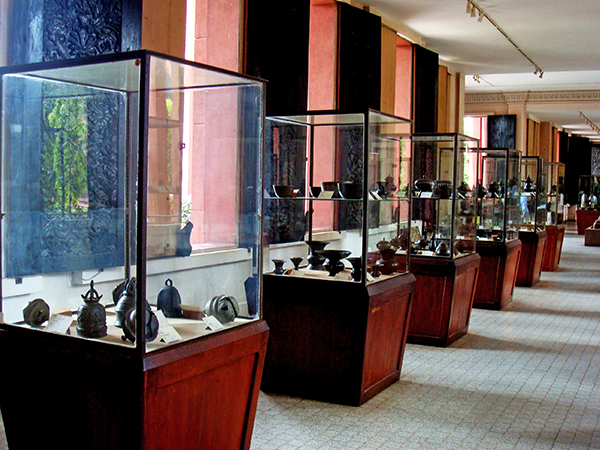 The museum is open-plan and beautiful, with both typical Khmer architecture and exotic atmosphere. There is a small pavilion in the center of the museum, which is dedicated to a small statue. There are several small artificial lotus ponds around it.

The museum consists of the main building and three galleries around the atrium. The main building is a vermilion Khmer traditional building. There are Hindu and Buddhist stone carvings left by the Khmer people in the main building. These stone carvings are mainly works from the 6th to 15th centuries and are important materials for studying the history of Khmer carving. The exhibition hall has stone statues, bronze statues, stone tablets, pottery, metal crafts, and daily necessities and musical instruments of the 19th and 20th century royal families.

In addition, there are small bronze statues of Hinduism and Buddhism in the Angkor Empire era (9th-15th centuries), Thai wood carvings since the 14th century, and black glazed pottery unique to Khmer. Khmer stone monuments unearthed in various places in the atrium.

The National Museum of Cambodia is one of the world's richest museums of Khmer material heritage. It is dedicated to the protection, collection, promotion, restoration and inheritance of Cambodian cultural and artistic heritage, and to make people more aware through the collections in the exhibition hall.

Collections in National Museum of Cambodia

There are four main types of these collections: stoneware, bronze, porcelain, and wood. The stone tools are mainly the stone carvings of the gods in Brahmanism and Buddhist legends. The inscriptions and architectural styles are also quite representative. The collection of bronzes is mostly a statue of religious figures and rituals and living utensils used in daily life. In addition, there are some cultural relics reflecting human civilization, such as clay pots, porcelain and animal-shaped containers. The collection of wood is mostly benches for sermons, as well as boxes, plates, weaving machines and other carvings.

In addition, the museum also collects a small amount of oil paintings, textiles, pictures and other archives.

How to get to National Museum of Cambodia?

The museum is located near the north gate of the Royal Palace. It is recommended to walk here or take a Tuk-Tuk.