Must See Places in Sigiriya

Located on the 200-meter-high lion rock, Sigiriya is famous for its Sigiriya murals, which are the only secular murals handed down in Sri Lankan history. Sigiriya is in the northern Matale District near the town of Dambulla in the Central Province, about 170 kilometers northeast of Sri Lanka's capital city Colombo. It was built during the 5th century, as famous as Borobudur in Indonesia, Angkor Wat in Cambodia, and Ajanta Caves in India. More and more tourists are coming to visit the Sigiriya for its rich history and culture, beautiful natural scenery and simple folk customs. When visitors come to Sigiriya, what are the attractions worth seeing? Top Asia Tour would like to recommend the following must see places in Sigiriya for your reference.

Lion Rock, also named as Sigiriya Lion Rock, is an aerial palace built on a solid orange Rock, making every first-come visitor stunned and amazed. Known as the eighth wonder of the world, it is the peak of Sri Lanka's "Golden Triangle of Culture" and is one of the world's most valuable heritage sites protected by UNESCO. The Lion Rock is 200 meters high, and from a distance, the Lion Rock lies on the plain in the northeast of Dambulla. 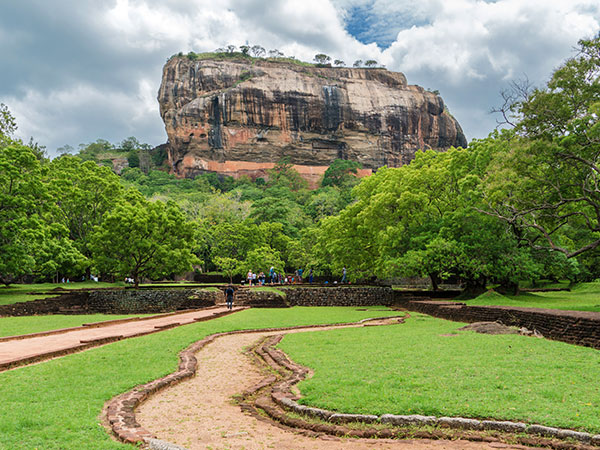 The stone likes a lion, the head of the lion had been weathered and fallen, the body of the lion was left alone, the back of the lion was built a 200 meters high garden palace. Buried in the jungle for centuries, it was discovered in the middle of the 19th century by an English hunter-Bell. From then on, it has attracted the attention of the archaeological community. Hence, the Lion Rock is a must-see place in Sigiriya.

♦ How to get to the Lion Rock

Coach bus: there is a coach bus from Dambulla to Lion Rock, which usually starts at 7:00 and runs every 30 minutes for about 45 minutes.

Tuk-tuk: You can also take a tuk-tuk from Dambulla to lion rock. It takes about 30 minutes. It costs about Rs600. We advise you to negotiate the price with the driver before you get in the car.

The Elephant Orphanage was built in 1975 by the Sri Lanka Wildlife Service to house young elephants who have become homeless, fallen into pits or traps, or escaped from herds, especially those with serious injuries or diseases. Since the establishment of the orphanage, the range of objects selected for the orphanage has been expanding, and those who fall into the trap and seriously injured, stray from the group, injured in the war or sick baby elephants are eligible to live in the orphanage. The elephants living here will be taken good care of. In order to reduce the financial burden on the government, the Elephant Orphanage opens to tourists regularly. In the orphanage, visitors are free to feed the elephants and can get up close and personal with them. Now the elephant orphanage has become a must-see place in Sigiriya for tourists, the most famous and symbol attraction is the groups of elephants rush to the river and take a bath. 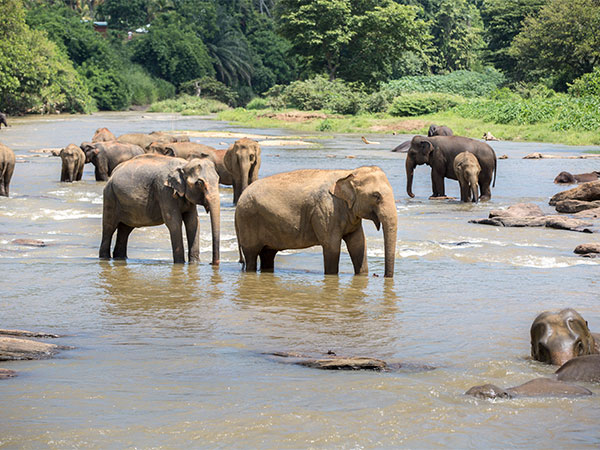 ♦ How to get to the Elephant Orphanage

Public bus: Take the coach from Kandy to Kegalle, get off at Karandupana, and take the No. 881 bus to Rambukkana, then get off at Pinnawela. The Elephant Orphanage is located about 3 kilometers at the south of Pinnawela station.

The Ancient's 1st Capital city Anuradhapura is the oldest city of Siri Lanka, with a history of 2,500 years. It became the capital of Sri Lanka in 380 BC and was the seat of the Sri Lankan monarchy for the next thousand years. The ruins of the ancient imperial city were discovered in the 19th century and restored to this day. In 1982, the United Nations Educational, Scientific and Cultural Organization (UNESCO) listed Anuradhapura on the world heritage list as a cultural heritage site. The most famous spot in the city is the bodhi tree, which has a history of more than 2,600 years. The ancient city of Anuradhapura developed around this bodhi tree and became a prosperous political and religious capital. Now, the ancient city of Anuradhapura becomes one of the must-see places in Sigiriya. 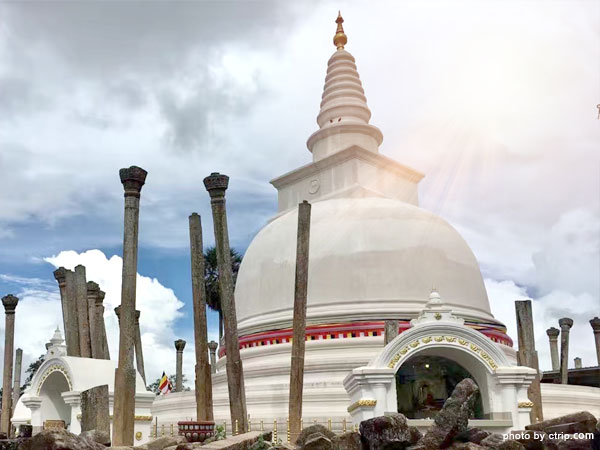 ♦ How to get to Anuradhapura

1. Take a taxi or tuk-tuk to Colombo or Gampaha railway station, and then you could take the train to the Anuradhapura, it takes about 3 hours.

2. You could take the coach from Colombo to Anuradhapura, and it is for about 5 hours.

Must see places in Sigiriya - the Ruins of Polonnaruwa

The Ruins of Polonnaruwa is located in the northeast of Sri Lanka, 216 kilometers northeast of the capital Colombo. Polonnaruwa became the capital of Sri Lanka in 933 AD. In the Polonnaruwa, there are not only Brahmanic sites from the Chola dynasty, but also the remains of the mythical garden city built in the 12th century by emperor Polonnaruwa. In 1982, the United Nations Educational Scientific and Cultural Organization (UNESCO) listed the ancient city of Polonnaruwa as a cultural heritage on the world heritage list. More and more travelers recommend the Ruins of Polonnaruwa, the reason being that even though it is smaller in scale, the ruins and temples are within a much more compact area. So it's very friendly for visitors who would like to learn more about the Polonnaruwa in a short time. 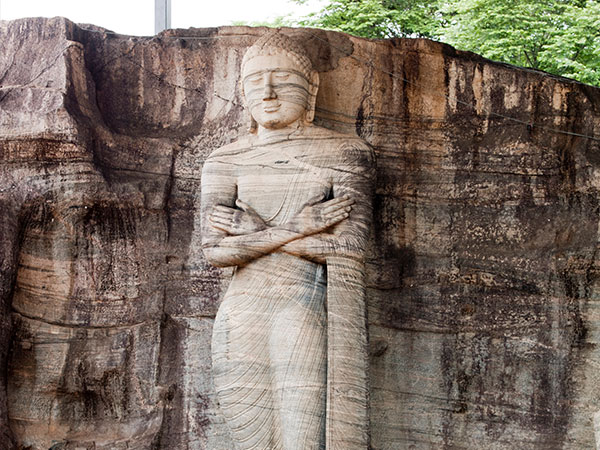 ♦ How to get to the Ruins of Polonnaruwa

Train: You could take the train to the Polonnaruwa train station, and then take a tuk-tuk car to the ancient city.