Jordan is an ancient civilization with a long history on the western edge of Asia. In this country deep in the desert, cultural monuments are everywhere, and the customs and customs are unique. So, what's so fun about Jordan? Jordan, Amman, Jerash, Petra, Aqaba City, Badema and other places have their own ancient cultural charm. The mysterious "Golden Cave" in Pedala, the magnificent ancient Roman theater in Jerash, the charming mountain scenery of the capital Amman, and the magic of the Dead Sea are all iconic attractions that people are familiar with.

Amman, the capital of Jordan, is the center of the country's politics, culture, business and international exchanges. It is a mountain city with a long history and is located on seven hills. In recent years, urban construction has developed rapidly, expanding to 14 hills, the famous ones are Amman Hill, Hussain Hill and Levi Bode Hill. Amman has a pleasant climate, beautiful scenery, tidy streets and orderly management. It is a city that integrates tradition and modernity. There are many historic sites and new modern buildings, such as the ancient Roman theater, Ragdan Palace, King Abdullah. Mosque, University of Jordan, Royal Society of Science, Hussein Medical City, Hussein Youth Sports City, National Museum, etc. The general buildings in the city are also in accordance with the situation, patchwork, harmonious and unique. 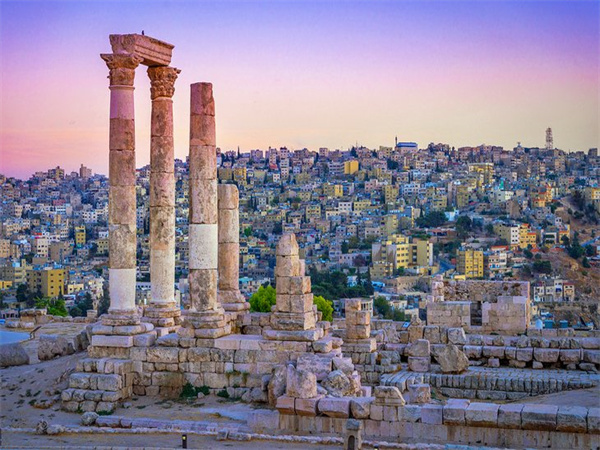 Located 40 kilometers north of Amman, it is one of the important tourist spots in Jordan. The monuments in the city of Jerash belong to bronze and iron, ancient Greece, Rome and Byzantium, Arab Umayyad and Abbasid periods, that is, from 1600 BC to 900 AD. Jerash has been inhabited since 1600 BC. In 64 BC, after the Roman army occupied Syria and some towns in the south, including Jerash, Jerash gradually developed according to the Roman architectural style and built many temples and temples. At the beginning of the 3rd century AD, due to the political turmoil in the Roman Empire, Jerash was devastated. Later, with the rise of the Byzantine Empire, the invasion of the Persians and the change of dynasties, Jerash experienced several times of ups and downs. In the middle of the 8th century AD, when the Abbasid Dynasty rose and established the capital of Baghdad, Jerash was far away from the capital of the dynasty and was neglected. In the 9th century AD, Jerash with a long history disappeared. The once prosperous city of Jerash was submerged in sand and was not discovered by the German traveler Eurich until 1806. Since 1920, the archaeological team has continuously excavated the cultural relics that have been dormant for thousands of years in the city. 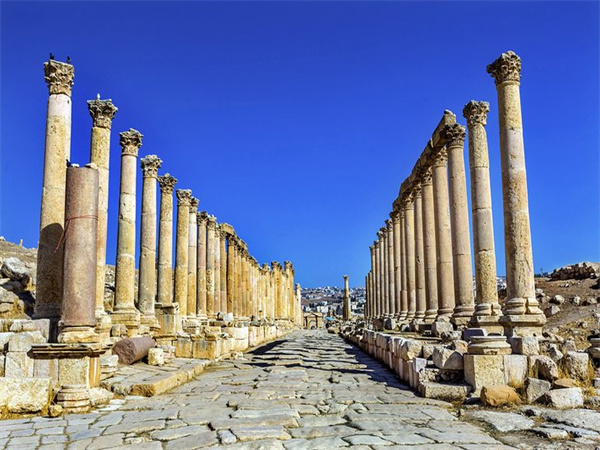 The best place to visit in Jordan, now one of the New Seven Wonders of the World, is the ancient city of Petra. Also known as the Red City or the Rose City, Petra was the capital of the Nabataean kingdom before it became part of the Roman Empire. In the long historical years, the indigenous people of Petra carved many buildings on the rock, gradually forming a unique "stone city" (Petra means "stone" in ancient Greek). Because the local rocks are mostly maroon, especially charming under the reflection of the sunrise and sunset, Petra also enjoys the reputation of "rose city". The main attractions to visit in Petra include the Seg Trail, the Mausoleum of Kazne, the Mausoleum Complex, the Roman Theater, the Palace of the Daughters and the Museum. 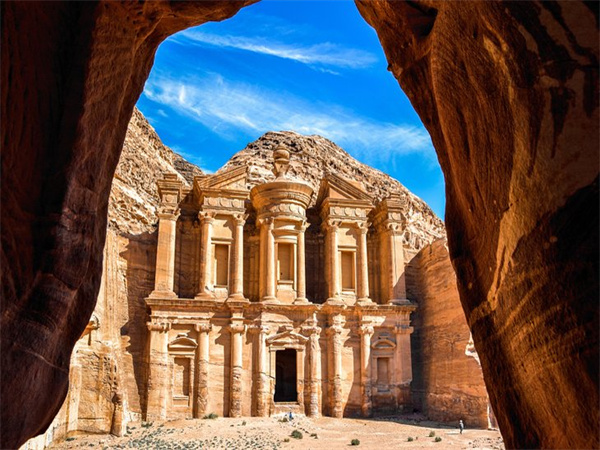 Besides the Dead Sea, Jordan's only waterfront is in Aqaba, the country's only port city. Aqaba, sometimes referred to as the Window of the Red Sea, has long been an important destination for the country. The city of Aqaba is surrounded by mountains on both sides, and the terrain is steep, forming a natural barrier. "Aqaba" means "barrier" in Arabic, hence the name of the city. The climate is pleasant in winter, with an average temperature of 15ºC and an average sea water temperature of 15ºC. The harbour is calm and calm, suitable for sports activities such as swimming, boating and fishing. The coral and various fishes on the seashore also attract many tourists. In addition, the famous coral reefs in the Gulf of Aqaba together with the ancient ruins of Petra in the south and the desert of Moon Valley in the east together form the "Jordan Tourism Golden Triangle". Aqaba's unique blend of ancient and modern allows you to visit the 14th century Aqaba fortress or stay in a world-class luxury five-star resort. Aqaba is also a popular spot for guided and guided dives in Red Sea scuba diving. 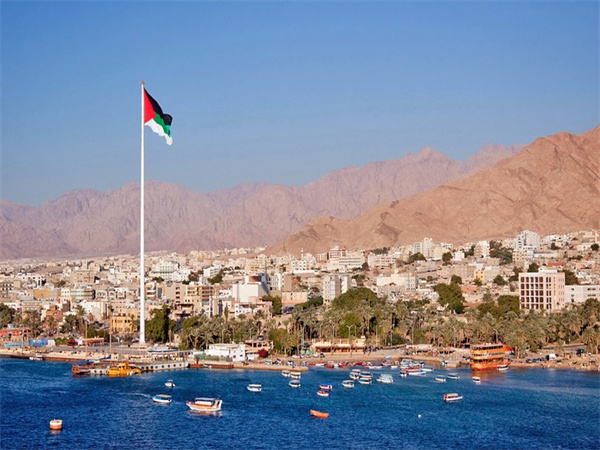 In the eastern desert of Jordan, just east of Amman, there are many castles to explore. These buildings were built by the Umayyads, many were used for defense, and were also where the Lady Cali lived. It is through this network of castles that the Umayyads were able to live and thrive in the unforgiving desert landscape. Several of these desert castles can be seen during a day's drive. The loop takes you to the black rocks and mosaics of Qasr Al-Hallabat, the ongoing archaeological site of Hammam as-Sarah, and the incredible frescoes of Qasr Amra. 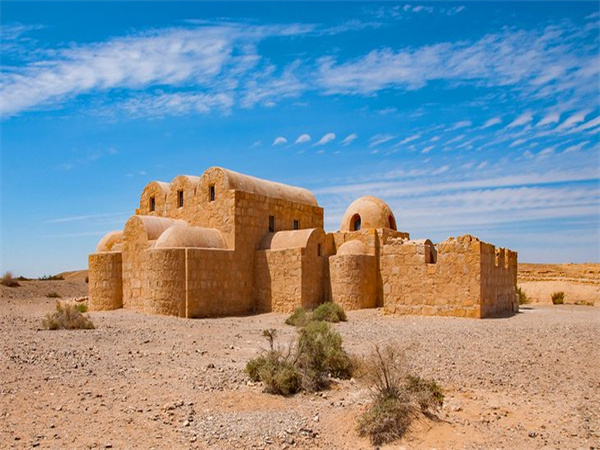 The small town of Madaba is located 33 kilometers southwest of Amman, the capital of Jordan. As early as 4,500 years ago, human beings have thrived here. The most famous local monument is the mosaic map of the Middle East on the ground of the St. George Orthodox Church. Mount Nebo near the city is said to be the place where the founder of Judaism, the prophet Moses, ascended to heaven. Traditional handmade rugs from Madaba have a long-standing reputation.

The Dead Sea is about an hour's drive west from Amman. The world-famous Dead Sea is actually an inland saltwater lake with a length of 82 kilometers from north to south and an average width of 16 kilometers. The Dead Sea is 407 meters below sea level and 250 meters lower than the Turpan Basin. It is the lowest inland lake in the world and is called "the navel of the earth". The salt content of seawater is 23%-25%, and the highest is 33%, which is 4 times that of ordinary seawater. Therefore, there is no living creature in the water and on the shore, so it is named "Dead Sea". Because seawater is rich in chemicals, it can cure various diseases such as skin diseases, and the black mud of the Dead Sea has unique medical effects. The Dead Sea has become a world-famous tourist destination. The Dead Sea also has many historical and religious connections, and it is said that Jesus was baptized by John the Baptist here. The best way to see the Dead Sea is to stay at one of the luxury resorts on the northeastern tip of the Dead Sea. Here, you can enjoy spa treatments, watch the sunset over the water, and even see the night lights of Jerusalem. 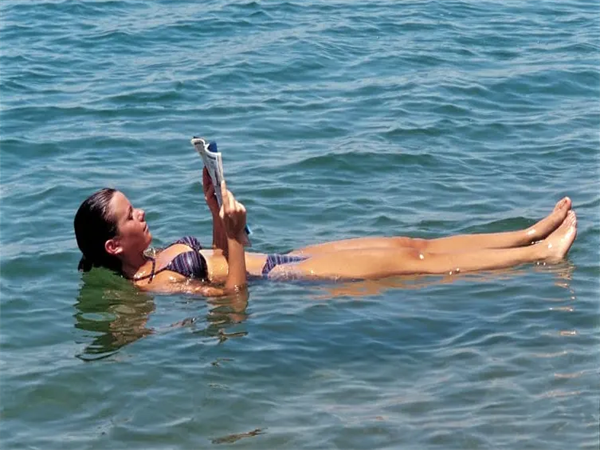 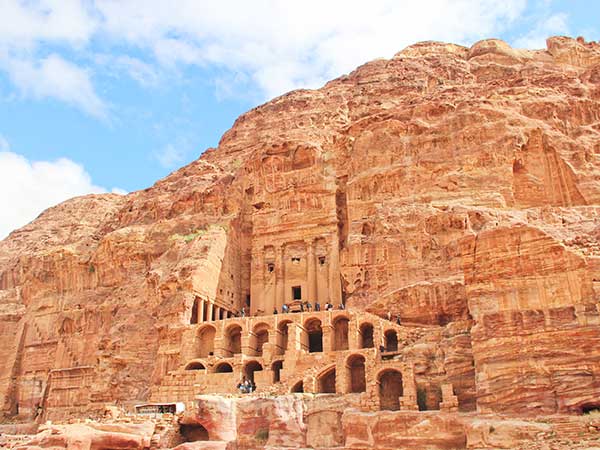 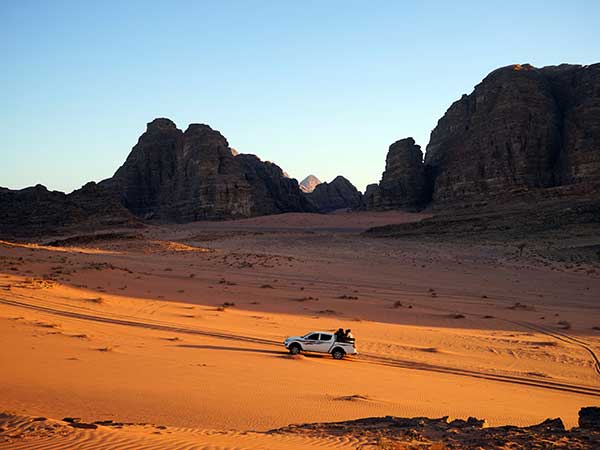 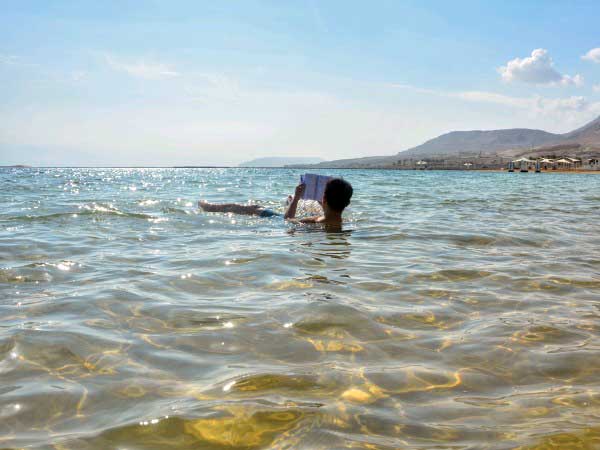