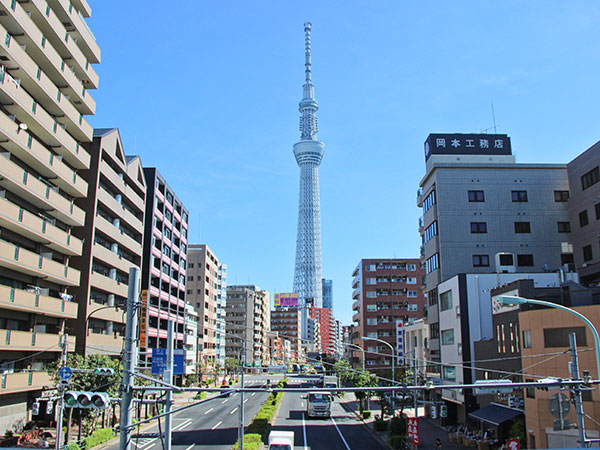 Tokyo Skytree, also known as the Tokyo Skytree, is a new Tokyo Tower. The Tokyo Skytree is 634 meters high. It was awarded the Guinness World Record on November 17, 2011 and was certified as the "world's tallest tower". It is also the tallest self-supporting electric tower and the second tallest building in the world, and its height is only after the Burj Khalifa (828 meters) in Dubai.

The height is set at 634 meters because it was called "Musashi State" in the vicinity, and the Japanese homonym of 6 (mu) 3 (sa) 4 (shi)  is exactly Musashi. It is also a very familiar word for the Japanese, so this height is used.

Where is Tokyo Skytree located?

Tokyo Skytree is a radio tower located in Sumida-ku, Tokyo, Japan. It was started on July 14, 2008, completed on February 29, 2012 and became the new landmark of Tokyo. It will be open to the public from May 22,2012. Its biggest role is to be able to send radio waves stably. In 2003, as the number of high-rise buildings in Tokyo increased, which affected the reception of signals. The cooperation with various TV stations began, and the plan to build the Tokyo Skytree began.

The Tokyo Skytree is 634 meters high and has an observatory at 350 meters and 450 meters respectively. You can not only look at the scenery of Tokyo from a height, but also leisure facilities such as shops, restaurants, and cafes. The goods of shopping mall under the tower is free and complete. Here you can almost buy all Japanese specialty products.

It is easy to see the Tokyo Skytree from the city of Tokyo. The towering steel structure is full of futuristic, but it also contains many traditional elements. The tower body adopts the traditional Japanese "blue and white" color. White color is like white porcelain, which looks very soft. At night, the lights of the tower change between light green and light purple, which is very elegant.

How to climb Tokyo Skytree? 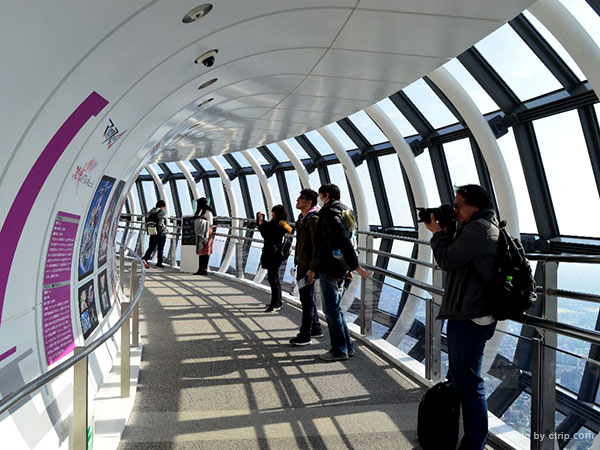 The entrance of the tower is located on the 4th floor and has a ticket counter and an enquiry desk. Take the fast elevator to the 350-meter-high observatory, you can overlook the city views of Tokyo Bay Sumida River, Tokyo Tower, Tokyo Dome and skyscrapers in the distance. There are coffee shops here, and it is very pleasant to have a cup of coffee when overlooking the city views. 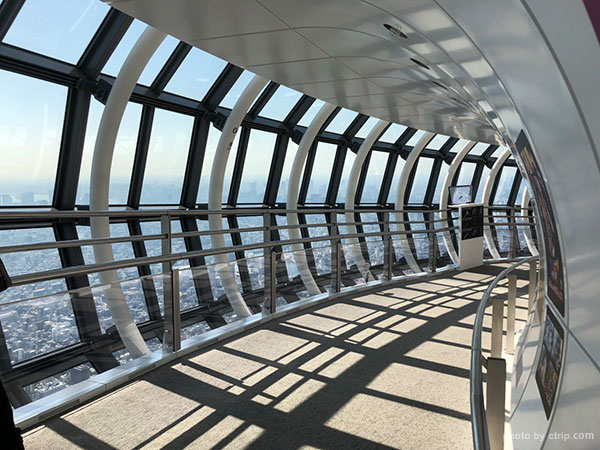 After purchasing the ticket, you can take the elevator to the 450m observatory (Tembo Galleria). This is a sloping spiral viewing platform, you can step by step to the highest point of view, the scenery seen here is more beautiful and the horizon is farther.

Because the Tokyo Skytree is a certain distance from the main skyscraper area of Tokyo, the night view seen on the tower may be slightly worse than the Tokyo Tower, but this does not affect the popularity of the Tokyo Skytree.

Usually, on the last Saturday of July, the “Sumida River Fireworks Conference” will be held around Asakusa Sumida River. It will be very good to see the fireworks on the tower.

On the next floor, there is a glass floor, and you can see the small streets on the steps under your feet. If you don't go to the 450m observatory, you can take the elevator from here to the 5th floor, then you can exit the tower.

In addition to the viewing, the Skytree Town is a comprehensive leisure and entertainment district (Skytree Town) with Tokyo's largest aquarium - Sumida Aquarium, where you can watch sea lions underwater. There is also the indoor shopping center Solamachi, which gathers Western-style fast food restaurants, Japanese restaurants and other restaurants as well as fashion stores, grocery stores, etc. It is also possible to purchase Tokyo Skytree limited products.

How to get to Tokyo Skytree?

1、Take Tobu Isesaki Line, get off at the Industrial Bridge Station.

2、Take the Tokyo Metro Hanzomon Line or Toei Subway Asakusa Line, get off at Oshiage Station.

3、Take Tokyo Metro Ginza Line, get off at Asakusa Station.

1、There is a free Panda Bus outside the Asakusa Station, which can take you around the Asakusa Sumida River and Tokyo Skytree. The running time is 10:12-17:42. Visit this site for details: http:/ /www.pandabus.net/pg138.html.

2、The Tokyo Sky Tree & Asakusa Sumida River sightseeing bus with a price of 9980 yen is currently the most popular bus. It can be ordered in advance at http://ticket.tokyo-skytree.jp/ in order to eliminate the need for queuing time.