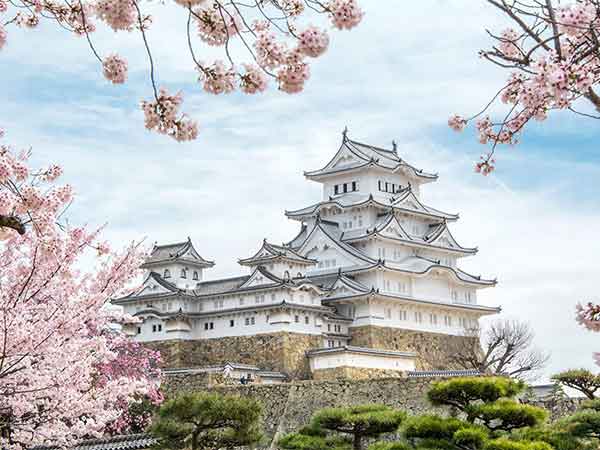 In December 1993, Horyu-ji Temple in Nara, the ancient capital of Japan, and Himeji Castle, a national treasure located in Himeji City, Hyogo Prefecture, were registered as World Heritage Sites at the same time. Himeji Castle is a castle located in Himeji City, Hyogo Prefecture, Japan, and is the main symbol of Himeji City. The castle was built on the top of Himeyama, which is 45.6 meters above sea level, and the main castle is 31 meters high. It is the largest and most elegant of the existing ancient castles in Japan, and is known as "Japan's No. 1 Castle" due to its high degree of preservation.

Himeji Castle is the best preserved example of Japanese castle architecture in the 16th century. It consists of 83 buildings as a whole. It has a highly developed defense system and sophisticated protection devices, which can enhance people's understanding of Japanese feudal culture that began in the shogunate era. . Eight buildings of the main castle main building of Himeji Castle are regarded as national treasures, and the remaining 74 buildings are recognized as important cultural properties of the country. 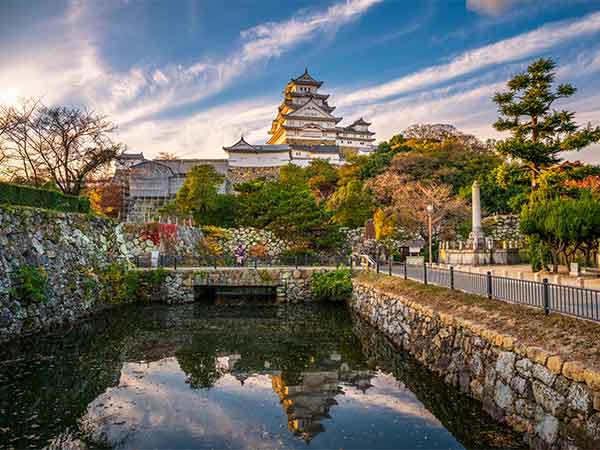 Himeji Castle is composed of a five-layered and seven-tiered "great castle" and a small tower in the east, west, and northwest connected by "crossing turrets". The tower is the tallest and most important building in the Japanese castle. It not only has the functions of lookout and command, but also one of the symbols of the ruling power in the feudal era. The "scull" is the wood building on the castle, which means "the warehouse for storing arrows". The building of the city gate tower is the turret that connects the tower and the tower, which is called the "to turret". The so-called five layers and seven layers of five layers means that there are five layers from the outside of the building; the seventh layer is that there are seven floors inside the building. Such a continuous tower, coupled with the outside of the entire city wall, is painted with white paint, like an egret with wings ready to fly. Therefore, Himeji Castle is also known as Egret Castle.

The design of the castle subtly softens the military needs and artistic orientation, which is a pioneering work in Japanese castle architecture. The well-preserved buildings and peripheral fortifications not only show the world a great heritage, but also reflect the exquisite Japanese castle architecture and strategic defense skills. It is one of the most famous and beautiful ancient castles in Japan. In addition, Himeji Castle is also a well-known filming location. Many period dramas and movies are also filmed here. Some scenes of the 1967 Bond series "Thunder Valley" were filmed here.

Himeji Castle first began as a small wartime castle built here in the third year of Motohiro (1333) by Akamatsu Nori Village, the guardian daimyo (equivalent to the regional military commander) of the Muromachi period (1336-1573). In the first year of Zhengping (1346), Akamatsu Zhenfan, the son of Akamatsuno Village, built a fortress that could live there. Since then, Himeji Castle has been the castle of the Akamatsu family since the Muromachi period. In the fifth year of Qingchang (1600), Tokugawa Ieyasu's son-in-law, the military commander Ikeda Teruzheng, was awarded a large territory including Himeji Castle and surrounding areas due to his exploits in the Sekihara War. From the following year, Ikeda Teruzheng began a nine-year expansion of Himeji Castle. The main tower of Himeji Castle on the present five-level seven-level (six above ground and one underground level) was completed in the 14th year of Keicho (1609), and has a history of more than 400 years. 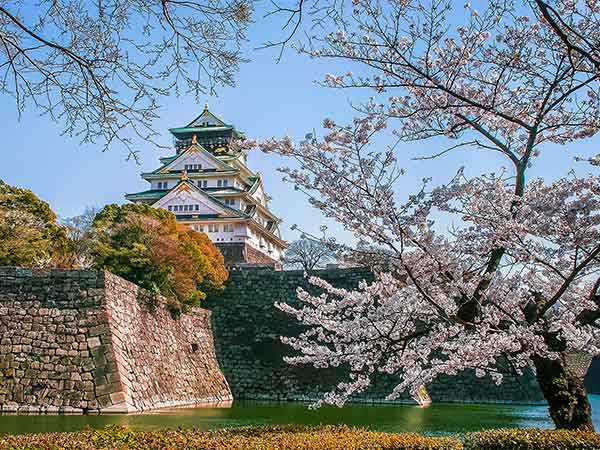 Due to the Edo Shogunate's policy of "transferring the title", after Ikeda Teruzheng, Honda Zhongzheng became the owner of Himeji Castle in the third year of Yuanhe (1617). After he moved in, he added and renovated buildings such as "Nishimaru" and "Sannomaru". Throughout the Edo period, the owners of Himeji Castle experienced Ikeda, Honda, Koriyama Matsudaira, Yamagata Matsudaira, Sakakihara, Echigo Matsudaira, Honda (the second occupancy), Sakakihara, Kanen 2 years (1749), Sakai occupancy Hime Lucheng ushered in the Meiji era. In the second year of Meiji (1869), Himeji Castle was nationalized. The various family crests in Himeji Castle's "Homon Tiles" describe in detail that successive castle lords once lived here.

After visiting Himeji Castle, you can dine at Huoshuixuan in Haoguyuan. Huoshuixuan's anchovy bento (1,500 yuan) is a local famous dish. The grilled anchovy with special soy sauce is spread on the rice. Appreciating the taste and enjoying the quiet pool and garden outside the window is a double feast for sight and taste. 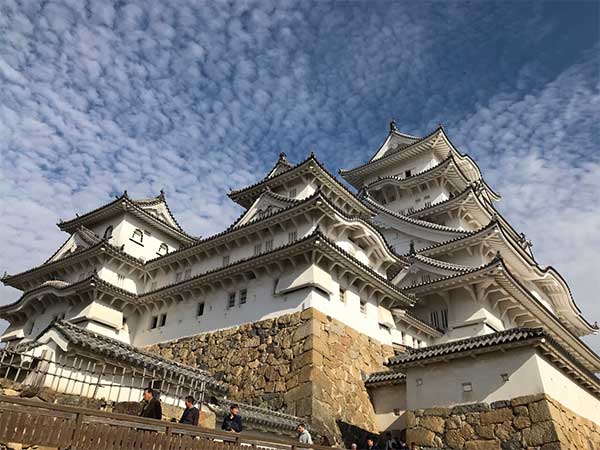 How to get to Himeji-jo?

Go to Himeji-jo by bus