Korean food culture is an important part of Asian food culture. Korea's diet is very distinctive because of its geographical location and climate. Most of the ingredients come from nature, rich in nutrition and light in taste. Most Korean foods are rich in color, giving diners not only an unforgettable visual experience, but also a rich taste experience. Among the many popular foods, TopAsiaTour will list the top 10 foods in South Korea for your reference. Enjoy a South Korea delicacy tour with Top Asia Tour: 14 Days Best of China and Seoul Tour

Korean barbecue is undoubtedly the most famous dish in Korea. As a staple food, it can not only makes you feel full, but also satisfy your taste. Among the many kinds of meat, beef is the most popular due to its excellent taste, even it is more expensive than chicken and pork. The way to eat Korea barbecue is different from Brazilian barbecue. Generally, people will dip the roasted meat with Korean special spicy sauce, and then wrap it with lettuce to eat. The fresh taste of lettuce can combine the greasy feeling of barbecue. As the No.1 of the top 10 foods in South Korea, you can't miss it. 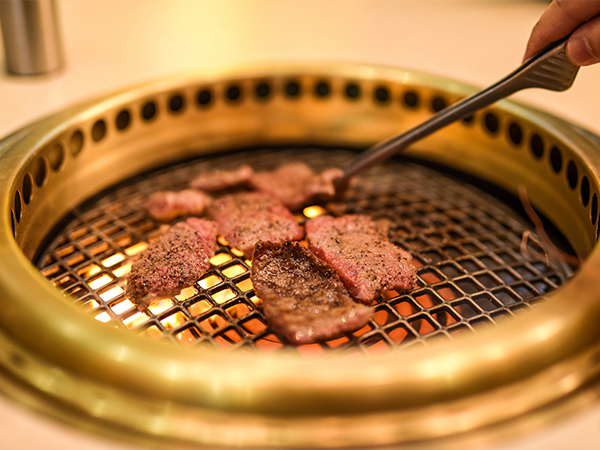 Samgyetang is one of the most representative cuisines in Korea, and almost everyone who comes to Korea will try it. Samgyetang is mainly made from boiled chicken, glutinous rice, ginseng, wolfberry, red dates and chestnut. It has a rich flavor and high nutritional value. The most classic part of this dish is its soup, which is sweet and not greasy. East Asians have the habit of drinking soup, which is a way to replenish energy to the body. In Korea, ginseng chicken soup is not only popular in winter, but also very popular in summer, you will sweat a lot and the spirit will be refreshing after drinking the chicken soup. 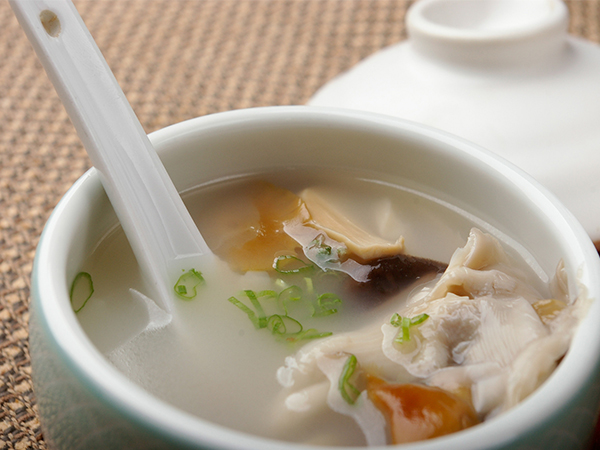 The history of Budae-jjigae can be traced back to the period of the Korean War. The reason why it was named 'Budae' is related to the US military stationed in South Korea. During the war, people's living conditions were very poor, and even there was no food to eat, but the US military in South Korea had enough food. Sometimes they threw away the uneatable food, such as sausages and ham. People will pick up the food which the soldiers threw away, then put the sausage and ham with onions, kimchi, tofu, and bean sprouts into a pot to stew. The most important step is to add spicy sauce to make it full of Korea style. Later, the Budae-jjigae has been gradually improved and has become a home cooking for the Korean people. They can add their favorite foods such as seafood, instant noodles, luncheon meat and cheese into the pot. This is definitely a traditional dish that should not be missed. 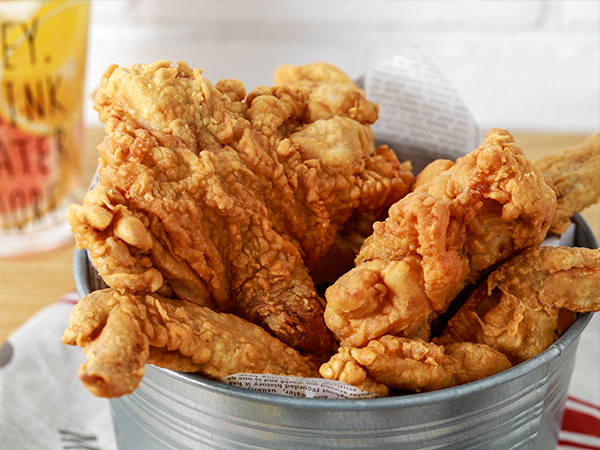 Why Kimbap is one of the top 10 foods in South Korea? It can be found on the tables of many Korean families, and you can buy it in the supermarket or small shops on the streets, it's the most basic food in South Korea. The Kimbap looks very simple but nutritious because there are lots of vegetables, fruits, meats and even seafood in it.  You can make different kinds of Kimbap based on your tastes. It has become the first choice for many office workers for breakfast or lunch because of its advantages of cheap and easy to make. 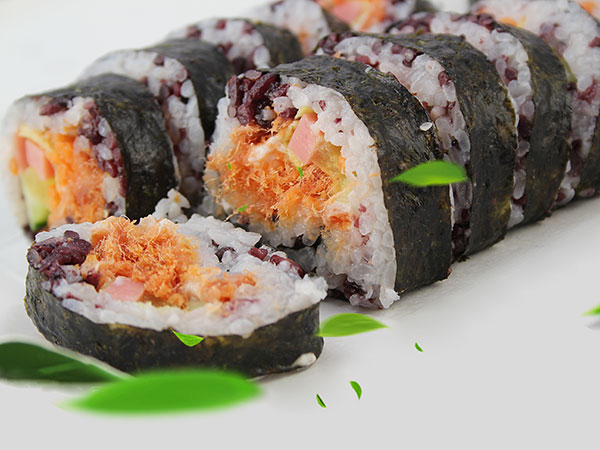 Chili sauce plays an indispensable role in Korean cuisine. No matter barbecue or Budae-jjigae, they all need chili sauce to make them become tastier. But there is a dish that takes the function of chili sauce to the extreme - Topokki. In South Korea, this is a snack that all ages of people will like. The color of Topokki is bright and the taste is rich which makes people addicted. You can't miss this street food when you come to South Korea. 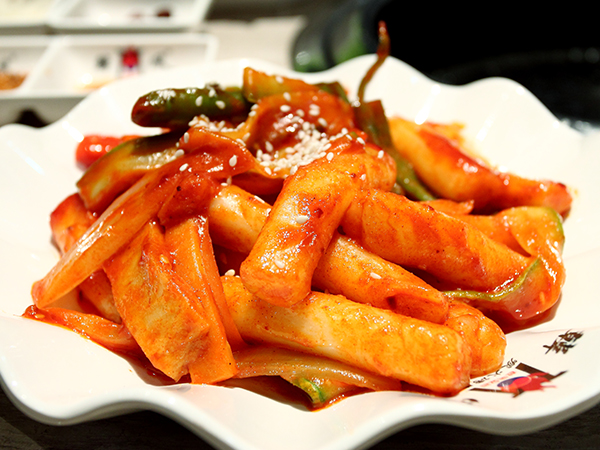 As one of the most representative foods in South Korea, Bibimbap used to be a court dish. The biggest feature of Bibimbap is its colors. People will put at least five kinds of vegetables in the bowel to cover the rice, the most common vegetables are zucchini, carrots, spinach, celery and cucumber and in order to balance the nutrition, beef or pork usually can be added. The soul of Bibimbap is all kinds of sauces, and the chili sauce is the most popular one. 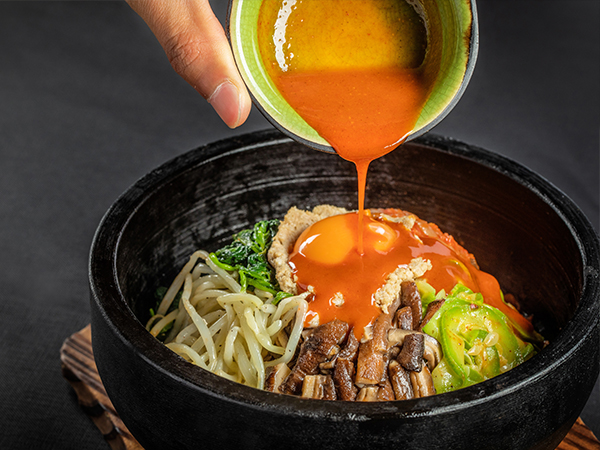 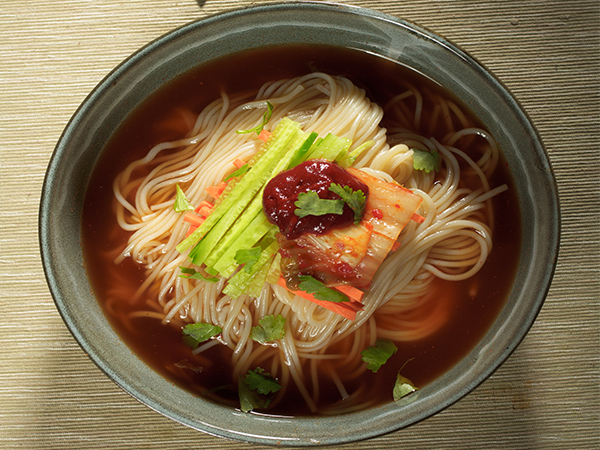 With the advantages of low-fat content and calories, Miso becomes the most loved condiment in South Korea. Miso is made from soybeans through a special process and it's a big honor for the women who can be chosen to make Miso in ancient times. Korean Miso Soup is easy to make, so many families will eat it in the morning with rice. The soup including tofu, onion, kimchi and meat.

Even you have never been to South Korea, you must have heard about kimchi. It is one of the most representative traditional Korean foods and also typical fermented food. South Korea is located in high latitudes area. The winter is long and cold, many vegetables cannot grow, so they must pickle vegetables in advance. Kimchi represents the Korean cooking culture and it is an indispensable food for three meals a day, that's the reason why it can be chosen as one of the top 10 foods in South Korea. You can find Kimchi in any Korean restaurants, the taste of it is sour and spicy. 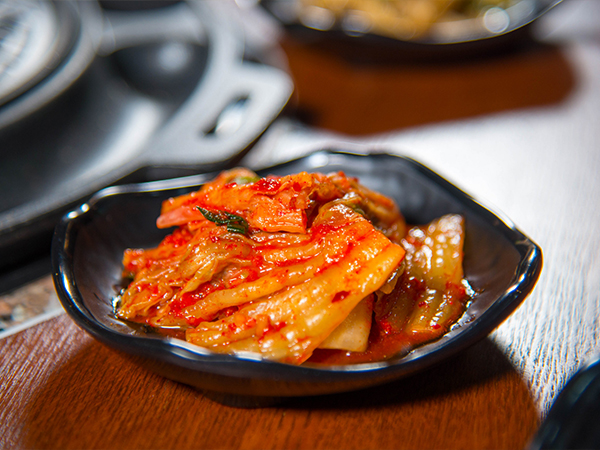