Jeju Island is the biggest island located in the southwest sea of South Korea. It's a typical volcanic island under the jurisdiction of the Jeju Special Self-Governing Province, with an area of 1845.5 square kilometers and a population of approximately 600,000 people. 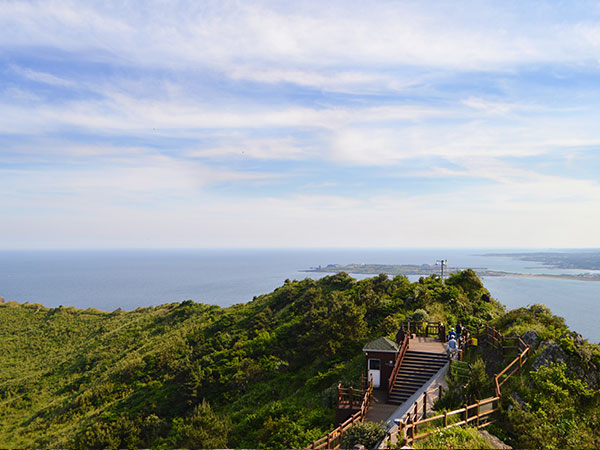 Jeju Island was formed by a volcanic eruption from 1.2 million to 700,000 years ago. Jeju Island just like a pearl floating on the blue sea, and it still remains its ancient appearance. You will have a chance to close to nature if you come to Jeju Island, like going back to ancient times. Jeju Island is rich in geological landscapes, with magnificent coastal scenery and huge columnar basalt groups.

The beautiful Jeju Island not only has the unique beauty of the island but also inherits the special folk culture of the ancient kingdom of Dhamra. The economy of Jeju Island has shifted from the original agriculture, forestry, fishing and animal husbandry to tourism development since the 1980s.

Jeju Island is known as one of the New Seven Natural Landscapes in the world due to its beautiful sceneries and folk culture. Millions of tourists come to Jeju Island every year, and it was designated as World Natural Heritage in 2007 by UNESCO.

The transportation of Jeju Island

Although it takes more time to go to Jeju Island by boat, you can enjoy various literary and artistic programs on board and experience the special charm of crossing the sea. Jeju International Port is one of the biggest passenger ports in South Korea. There are 5 routes and 12 ships travel between other cities and Jeju Island every Saturday. 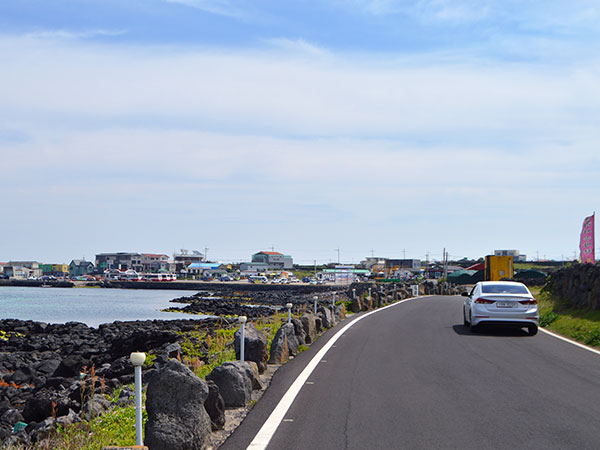 Taxi: After arriving at the airport or pier, you can easily reach your destination by taxi. The normal taxi and large taxi are available on Jeju Island and you can choose them depends on your need.

Self-driving: Foreigners with international driving licenses can rent a car. It is very convenient to rent a car to drive. If you book in advance, you can rent it from the airport.

The climate of Jeju Island

Jeju Island is known as the honeymoon island in South Korea. It's not only loved by domestic tourists but also popular all over the world. Jeju Island is famous for its natural sceneries and local customs. Jeju Island is a vacation paradise. You can see the highest mountain- Hallasan Mountain; you can enjoy the hiking on Olle Way; you can also have a big meal in the traditional food market. 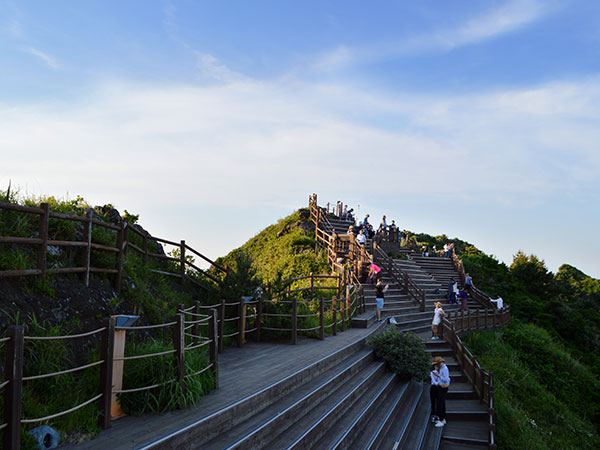 From April to June is the spring time in Jeju Island. There are many kinds of flowers blooming at that time, which makes Jeju Island very charming.

From September to November is the autumn time in Jeju Island. The weather is cool and the whole island is covered with beautiful red maples.

The summer in Jeju Island is humid and rainy, with many typhoons. However, summer is also the peak season of Jeju Island, because the seawater is warm at that time. It's suitable for water entertainment projects and many beaches will be opened from July to August. Please check the weather before traveling to Jeju Island.

Hallasan Mountain is the highest mountain in South Korea, which located in the center of Jeju Island at an altitude of 1950 meters. Hallasan Mountain was designated as a national park in 1970 and included in the World Natural Heritage in 2007. 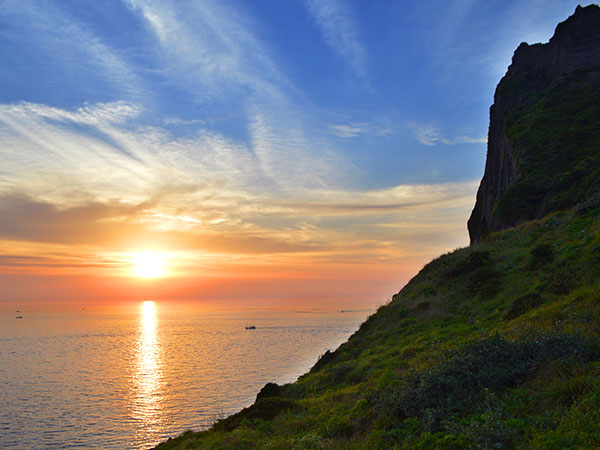 Seongsan Ilchulbong is one of the symbols of Jeju and it was included in the World Natural Heritage. It was formed by volcanic bodies erupting from the sea. The crater on the top of the mountain is like a huge crown, and the scene of sunrise over the sea is very famous. 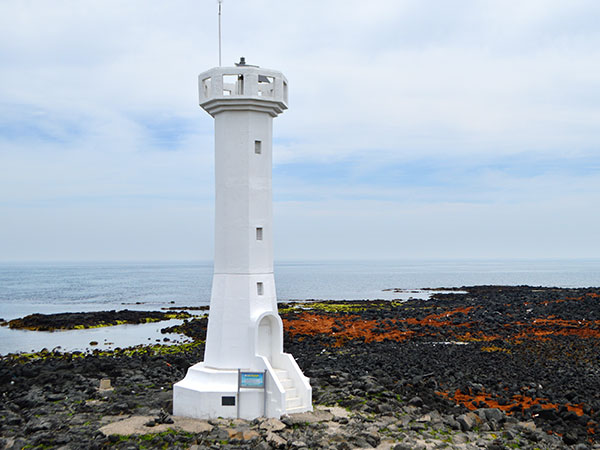 Udo Island is an isolated island located in the east of Jeju. It gets its name because it is shaped like a lying cow. It is an excellent place for leisure and holiday. Udo Island has the only coral sand beach in South Korea, which is famous for its colorful and clear water. 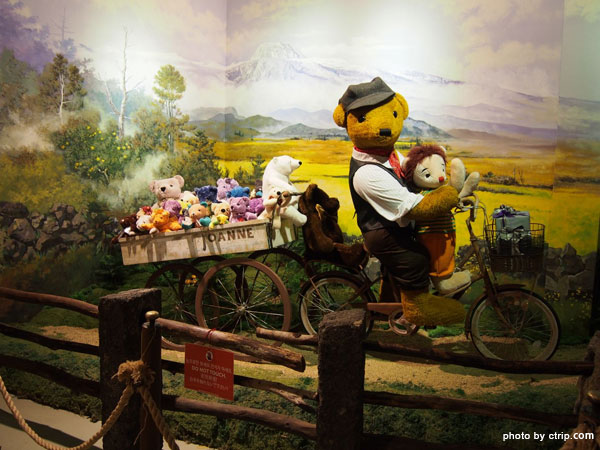 This is the world's largest teddy bear museum. The museum contains the world's most expensive Louis Vuitton teddy bear worth 230 million won, as well as teddy bears made of 125 carats of precious stones and precious metals. This is a collection of rare teddy bears in the world. The teddy bear in the museum can move like robots to introduce visitors to the development history of teddy bears for nearly 100 years.