Xi'an is the capital of 13 dynasties, except for the concentrated culture of Tang dynasty, you will be impressed by the culture of Ming dynasty everywhere, such as Xi'an's Bell Tower and Drum Tower. Bell Tower is located in the city center and in the junction of four main streets to the east, west, south and north. Drum Tower is about 200 meters to the northern of Bell Tower. Two towers echo each other like twins. 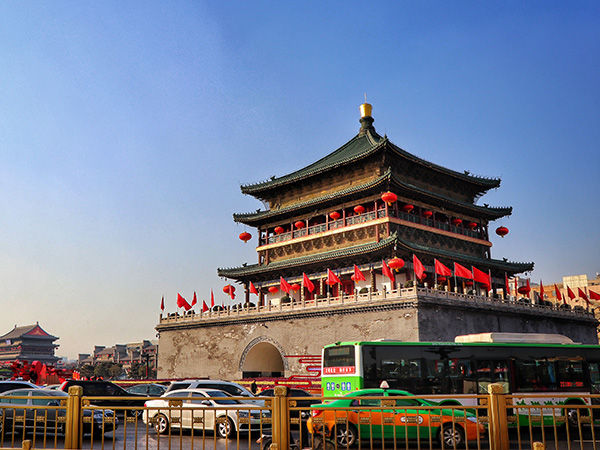 Bell Tower was built in Ming Hong Wu seventh years (1384). Bell Tower has witnessed many spectacular historical events and wonderful times over 600 years. There were two big renovations of bell tower in the Qing dynasty. The first one was in 1740 and the viceroy of Shannxi Province, Zhang Kaishu, wrote a tablet "Restoration of Xi'an Bell Tower". The second one was in 1840.

Bell Tower is famous for hanging a big iron bell which cast in Tang dynasty called Jingyun bell (2 meters in height, 1.5 meters in diameter and more than 5,000kg in weight). The emperor Tang Ruizong engraved an inscription upon it, so Bell Tower was hailed as "the most famous bell in the world". While Jingyun bell was treasured as the national-grade relic in Xi'an Forest of Stone Steles Museum in 1953. 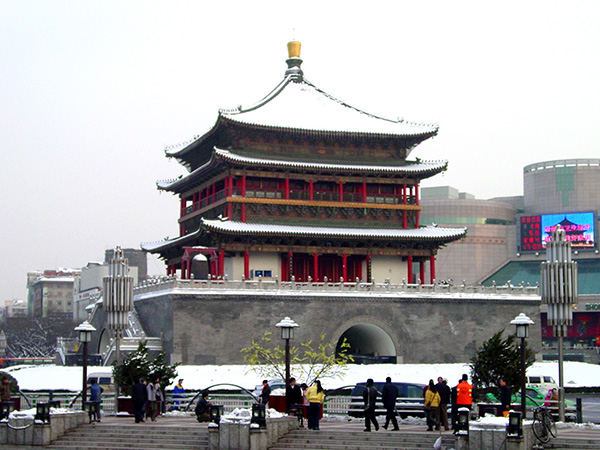 On August 8, 1956, Bell Tower was established as the Cultural Relics under Provincial-level Protection. And on November 20, 1996, Bell Tower was listed as a national key cultural relic's protection unit.

The Structure of Bell Tower

Bell Tower is a half-timbered construction with a square base. Covering an area of 1,377 square meters and with a height of 36 meters, the base of Bell Tower was built with gray bricks. And the top was designed as a pyramid roof, which not only improved the beautiful effects, but also reduced the impact force of the rain wash. There are brackets, caisson, wood carving, colored painting and other classical and beautiful patterns. What's more, the eaves are covered with dark green glazed tiles, which look regal and magnificent with strong national characters. 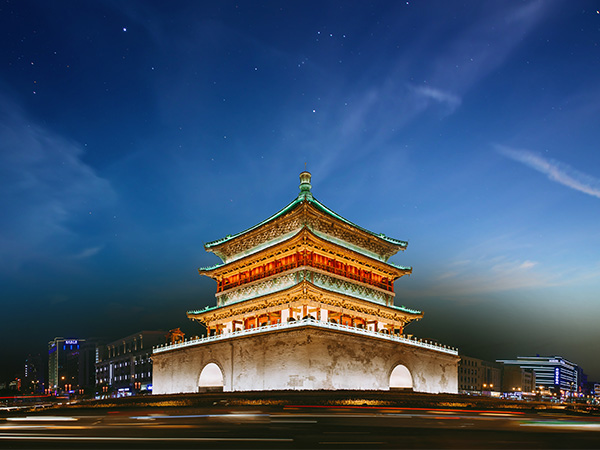 In addition to the elegant decorations and elaborate design, the painting collections in Bell Tower are also very attractive. There are twelve Qi Baishi's paintings in the exhibition of Bell Tower. This great master donated these works in early 1954 when was in his nineties. These paintings are 152cm in length and 50 in width, which are Qi Baishi's masterpieces and has an extremely high connoisseurship value. 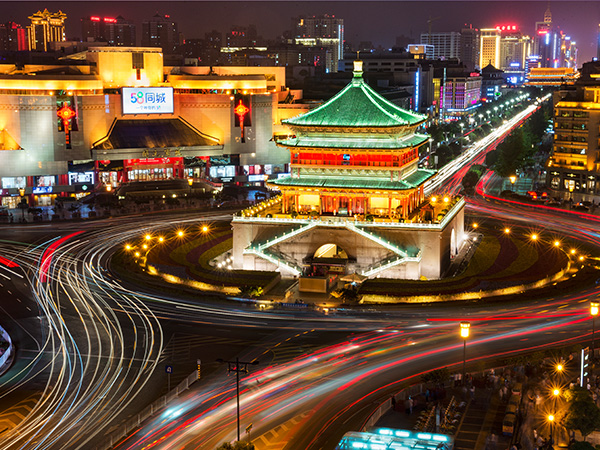 Besides, you can enjoy the chime of bells and the revived dances. There are six shows every day and each performance lasts about 10 to 15 minutes. Domestic and foreign visitors are always impressed by its elegant ancient costume, tripping dance and beautiful tone.

Due to it is indoor, you can travel to Xi'an Bell Tower all seasons. You can climb up the tower during the day and place yourself in the magnificent architecture and the historic ambience. Or you can overlook lights at night and enjoy your leisure time. The dappled light spilled out through the Bell Tower which makes the whole construction become a beautiful scenery line in the city and attracts visitors to explore. 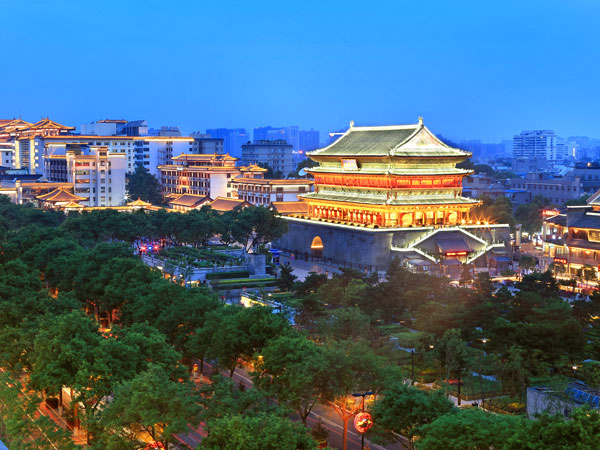 How to Get to Xi'an Bell Tower

• Please do remember to put on some comfortable shoes.

• If you want to enjoy the night scene of Bell Tower, you can go back there at night. The best shooting point is the road in the southeast corner of Bell Tower. Bell Tower and Drum Tower echo each other. With an endless stream of traffic, you will find a sense of antiquity meets with modernity and tradition coexists with vogue.

Organize a History and Culture Tour