Egypt is one of the four ancient civilizations with a long history and splendid culture. Going up the Nile River, you can not only see the majestic historical relics, but also appreciate the rise and fall and changes of human civilization. Egypt is home to some of the most famous, mysterious and amazing ancient ruins in the world, with a culture and civilization that dates back thousands of years. Thinking of traveling to Egypt? This article gives you an overview of Egypt tourism.

Egypt is the most populous country in northeastern Africa, officially known as the Arab Republic of Egypt (Arabic: Arab Republic of Egypt). Egypt is considered to be one of the ancient civilizations in the world. Geographically, the country straddles two continents in Asia and Africa, the Sinai Peninsula is located in southwestern Asia (West Asia), and most of the country is located in North Africa. The Sinai Peninsula east of the Suez Canal is located in the southwest corner of Asia. It connects Libya to the west, Sudan to the south, the Red Sea to the east and Pakistan, the Mediterranean Sea to the north, and Jordan and Saudi Arabia to the southeast. The coastline is more than 2,700 kilometers long. 96% of the territory is desert. Islam is the state religion, and the believers are mainly Sunnis, in addition to Christianity and other religions; the official language is Arabic, and English and French are commonly used. 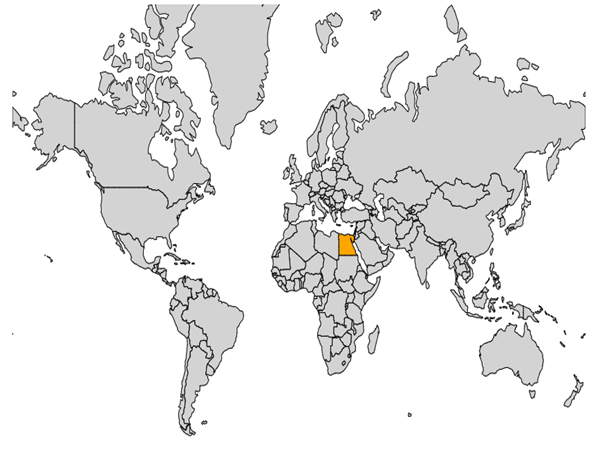 Geography and climate of Egypt

Egypt straddles Asia and Africa, most of which are located in northeastern Africa. The Sinai Peninsula east of the Suez Canal is located in the southwest corner of Asia. It connects Libya to the west, Sudan to the south, the Red Sea and Pakistan to the east, the Mediterranean Sea to the north, and Jordan and Saudi Arabia to the southeast. The coastline is more than 2,700 kilometers long, and 96% of the entire territory is desert. The territory of Egypt is slightly irregular square. It is 1240 kilometers wide from east to west and 1024 kilometers long from north to south. The terrain is flat and there are few mountains. The desert area accounts for 96% of the country's total area.

The climate type of Egypt can be divided into two parts, the southern part belongs to the tropical desert climate; the Nile delta and the northern coastal areas belong to the tropical Mediterranean climate. Egypt is sunny and dry all year round, with an average of eight hours of sunshine per day. Egypt's winter is not cold. The weather from Aswan to Alexandria is very pleasant, while cities in desert climates such as Cairo are more like cities in winter. Although there are no snowflakes, the cold weather is biting. of cold wind. Since June every year, the climate of Egypt has begun to increase sharply, with the highest temperature even reaching 48°C. Under such high temperature, going out has become the biggest torture. Such a high temperature will only last for about three months. From August, the temperature in various parts of Egypt began to drop, and the north wind from as far as Europe brought coolness. At this time, tourism in coastal areas became hot. Numerous hot springs rich in sulphur and minerals, as well as black mud with special curative properties all over the Red Sea, Aswan, and the Sinai Peninsula, have a special temptation for tourists.

Best time to travel to Egypt 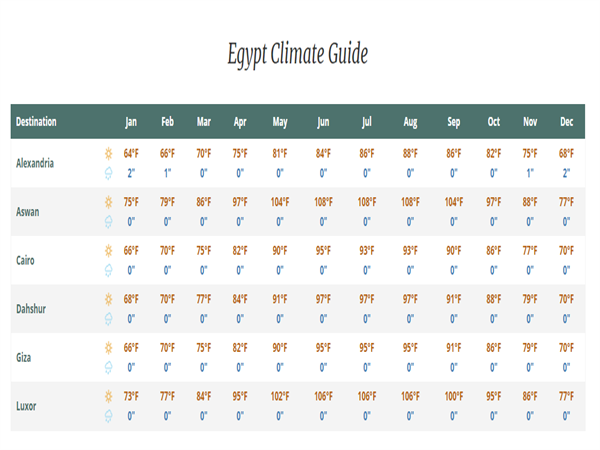 Cairo, the capital of Egypt, spanning the Nile River, is majestic and magnificent, and is the political, economic and commercial center of the entire Middle East. It consists of the governorates of Cairo, Giza and Qalyub, commonly known as Greater Cairo. It is the largest city in Egypt and the Arab world and one of the oldest cities in the world. Cairo is an attractive ancient capital of civilization. Modern civilization and ancient traditions coexist in the city. There are a large number of European-style buildings built in the early 20th century in the west of the city, and ancient Arab buildings in the east of the city. In Cairo, the building that can be seen everywhere is the minaret. In Arabic, the minaret is called "Mizhan", which refers to the place where the muezzin stands and calls people to prayer.

Alexandria is the largest seaport in Egypt and the second largest city in the country. It is a historical city and a summer resort on the Mediterranean coast. It is located in the western part of the Nile delta, facing the Mediterranean Sea, at the northernmost tip of Egypt. The city was built in 332 BC and was named after the Greek Macedonian king Alexander the Great occupied Egypt. It is a famous ancient and medieval city. It was once the center of politics, economy, culture and trade between the East and the West along the Mediterranean coast. With beautiful scenery and pleasant climate, Alexandria is Egypt's "summer capital" and summer resort, and is known as "Mediterranean bride" and "Egyptian bride". On the seaside promenade between Donggang Port and Caesars Palace, the streetscape with European architectural styles is very interesting. 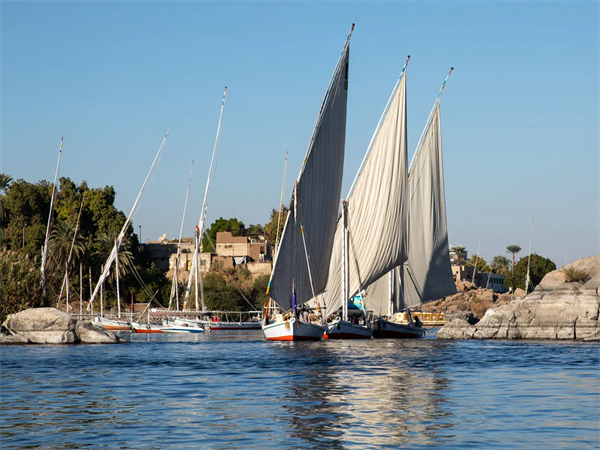 Aswan is an important city in southern Egypt and has the cleanest and most beautiful streets in Egypt. Located on the east bank of the Nile River, 900 kilometers south of the capital Cairo, it is the gate to the south of Egypt - a major trading center between Egypt and other African countries. It is also the gateway to Sudan. It is located on the east bank of the "First Waterfall" of the Nile River in the southeast, 900 kilometers away from Cairo. In history, Aswan was a distribution center for African trade goods, because the transportation of the Nile River was interrupted by rocks, and all goods had to be changed from water to land. The city retains a large number of temples and tombs, such as the famous Philae Temple, Abu Simbel Temple and so on. It is more suitable to visit Aswan in winter. Railways and highways lead to Cairo, Alexandria and other cities, and an international airport is set up.

Giza, an Egyptian city, on the left bank of the lower Nile River, across the river from Cairo, is connected by a bridge. Population 1.509 million (1983). Grain distribution center. There are textile, shoemaking, food, tobacco, chemical and other industries. Cultural and educational undertakings are developed, including film studios, Arabic language academies, and arts and crafts schools. Tourist attractions, 8 kilometers south of the Libyan desert there are famous pyramids, sphinxes and marble mausoleum temples and other monuments. Giessen city in western Germany. On the banks of the Rhine, the right tributary of the Rhine, 53 kilometers south of Frankfurt. Population 72,000 (1984). It was first seen in historical records in 1197, and the city was established in 1248. transportation hub. The economic and commercial center of the central region of Hesse. Industry is dominated by metallurgy, machinery manufacturing, textiles, leather, tobacco, rubber, and winemaking. 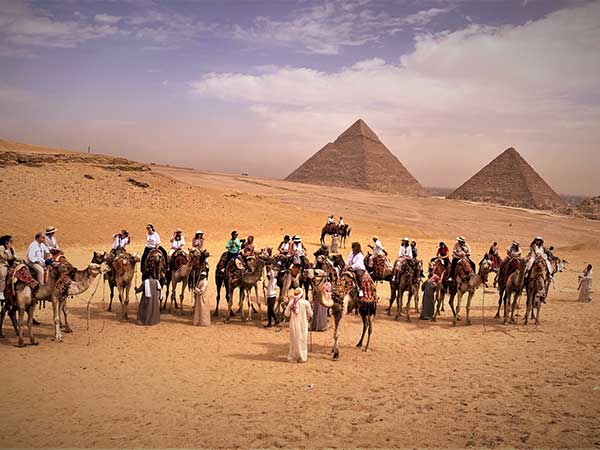 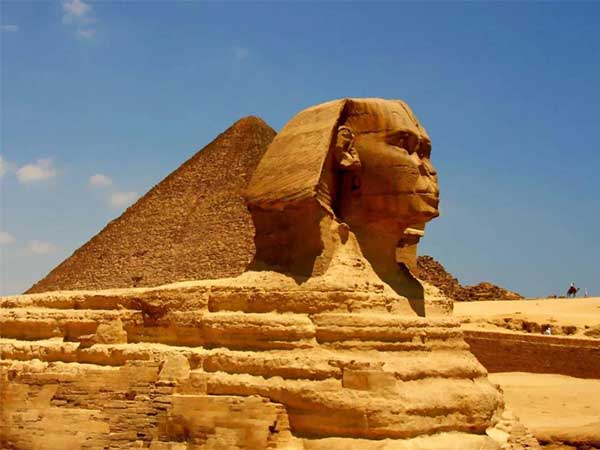 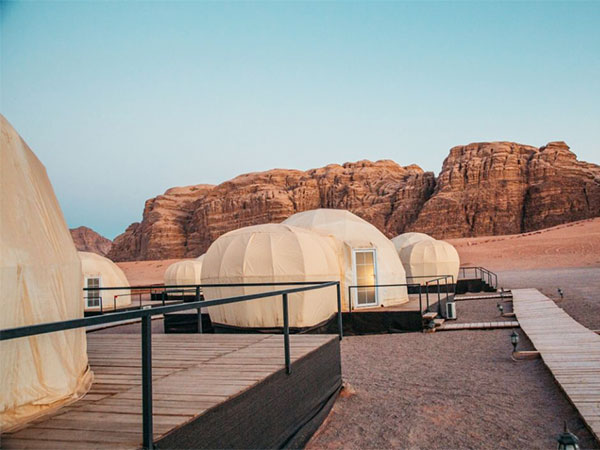