Jade Buddha Temple,  is located in the busy section of Shanghai city, which is a piece of pure land in the downtown. With its mainstream is Linji School of Zen Buddhism, it's also known as Jade Buddha Zen Temple. Jade Buddha Temple is famous for enshrining Jade Buddha statues and holds about 30 ceremonies every year. 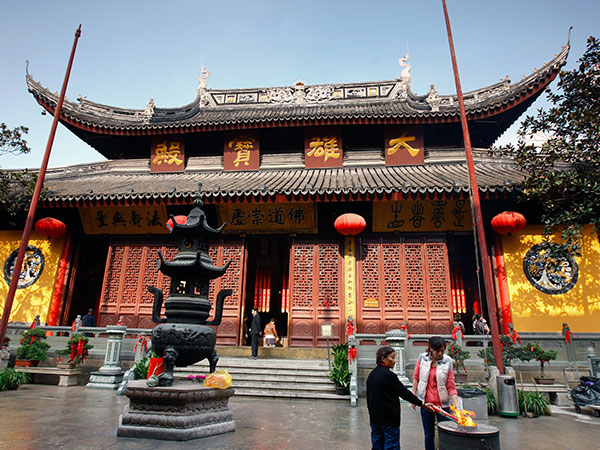 Jade Buddha Temple was first built in 1882. At that time, a famous monk from Putuo mountain, Hui Gen, brought five jade Buddhist statues from Burma and left two of them in Shanghai for worship. One is sitting and the other is reclining. However, the temple was destroyed in the war in 1918, so people chose a new address and restored Jade Buddha Temple. In 1983, Jade Buddha Temple was listed as a national key Buddhist temple in the Han nationality area.

The Structure of Jade Buddha Temple 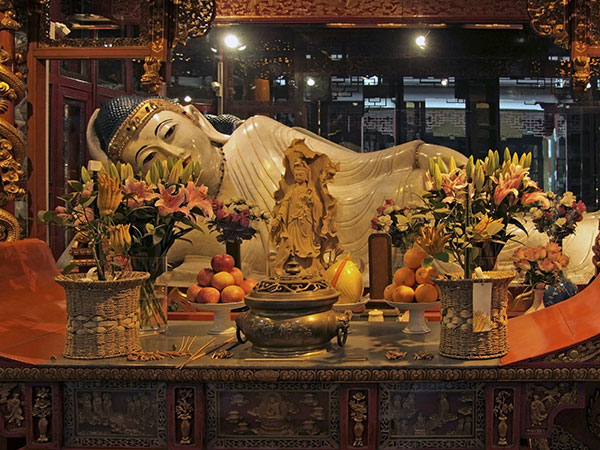 The architectures on the central axis are as following: Screen Wall, Heavenly King Hall, Grand Hall and Prajna Hall. Furthermore, on both sides of east and west, there are Guan Yin Hall, Bronze Buddha Statue, Reclining Buddha Hall, Memorial Hall and so on. The back yard is a multifunctional Juequn building. There is a cultural relics room that collected valuable cultural relics of the dynasties of Northern Wei, Tang, Song, Yuan, Ming and Qing.

As an architecture with double-eave saddle roof, Heavenly King Hall covers a construction area of 390.75 square meters. The eaves were decorated by corbel aches, color painting and yellow glaze tiling. There are five rooms on the transverse direction and 3 rooms on the vertical direction. Heavenly King Hall enshrines a Maitreya Buddha statue in the front, a Skanda Bodhisattva in the back and Four Heavenly Kings on the east and west.

Grand Hall is the core architecture of Jade Buddha Temple. With a length of about 30 meters and a width of about 25 meters, Grand Hall covers a construction area of 1,103.14 square meters. As a two-storey palatial building of Song Dynasty style, Grand Hall looks very grand and venerable. Shakyamuni Buddha sits in the center of Jade Buddha Temple. On its both sides are Medicine Buddha and Amitabha Buddha. Three Buddha statues sit on the lotus throne with a look of serenity. With the height of 4 meters, three Buddha statues are covered by golds, which makes the whole palace brilliantly bright and solemn. 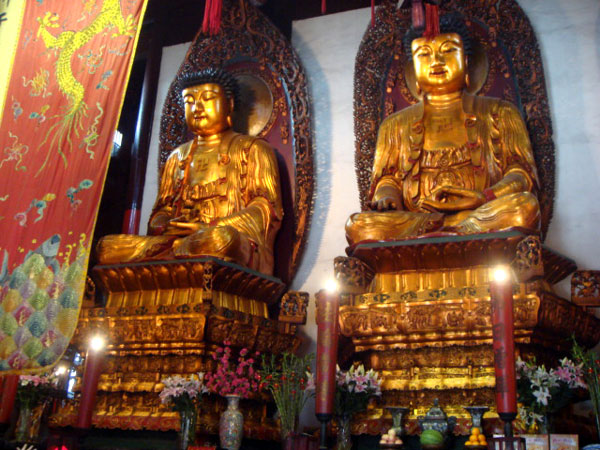 The sitting Sakyamuni Buddha with the height of 1.95 meters is enshrined in the Jade Buddha Statue Hall, which was carved by a whole piece of jade. Sakyamuni Buddha has a round face and sickle eyebrow with an affable smile, which shows an air of peace. 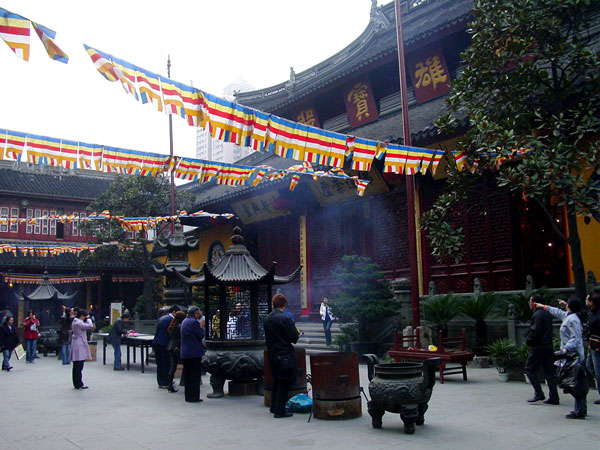 How to Get to Jade Buddha Temple

It's better to buy a thurification ticket (entrance ticket) and offerings by yourself instead of asking others to buy for you, or the blessing is for others, not you.

1. Don't tread on the threshold when you enter Jade Buddha Temple. You should step over it.