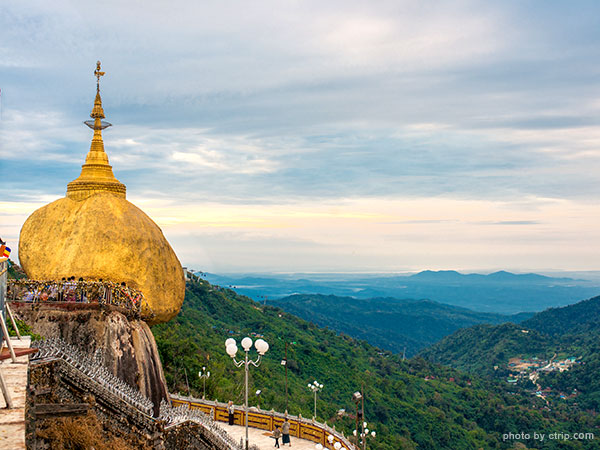 Golden Rock, also known as Kyaikto pagoda, is one of the four largest Buddhist pagodas in Myanmar. It is an unique golden rock that stands on the edge of a cliff.  It is located near Mon State and is more than 200 kilometers from Yangon. It is reported that Golden Rock is the third important Buddhist shrine in Myanmar after the Shwedagon Pagoda in Yangon and the Mahamuni Pagoda of Mandalay. Surface of Golden Rock is covered with gold foil of believers. The rock is built with a pagoda in 7.3 meters. It is said that the hair of the Buddha is hidden in the golden rock. 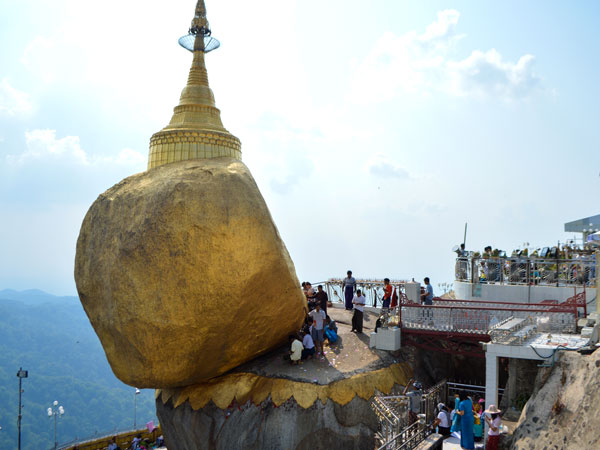 Golden Rock, also known as Kyaikto pagoda, is an unique pagoda. On the edge of the cliff of more than 1,100 meters stands a gilded boulder that seems to be falling. A mysterious pagoda stands on this golden rock. This golden rock is the national treasure of Myanmar. It is the most sacred  place in the hearts of Burmese.

Compared with other pagodas in hundreds of meters in Myanmar, the Golden Rock, which is about seven meters high, is insignificant. But its peculiarity is built on a boulder shaped like an egg with a smooth surface and a diameter about seven meters. Only a quarter of the bottom of the boulder slant on a raised rock in the mountain. It seems as if a wind blows, it will fall down.

The reason why golden rock can stand on the side of the cliff is said to be because 3 hairs of Buddha is hidden in the golden rock. The Burmese regard the Golden Rock as a place full of magic. It is considered to be a Buddhist holy land that must be visited by Burmese people. Many Burmese people who believe in Buddhism come here to worship Buddha each year from an early age. According to legend, the believers who visit here three times a year will be blessed by the Buddha and receive wealth and blessings.

How to get to Golden Rock?

The bus from Yangon to kyaikto or kinpun costs about 7,000 kyats, which takes about 5 hours. The pickup truck from kinpun to the top of the mountain costs about 2,000 kyats and it takes about 45 minutes to walk to the Golden Rock after getting off the bus. 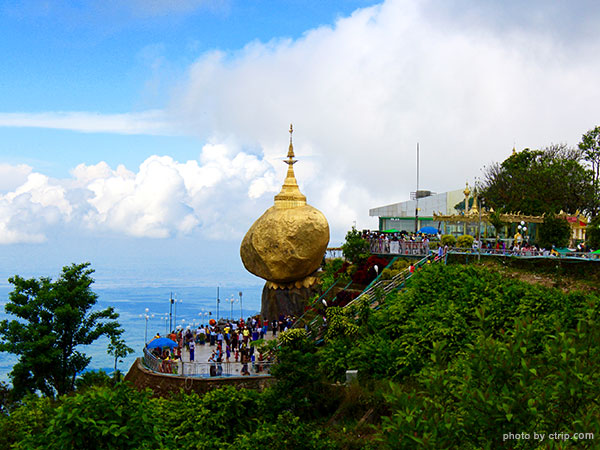 a. Women are not allowed to be close to the Golden Rock. Only male believers can get close to the golden rock. There are special guards here.

b. Due to the long distance, many people will choose to stay for a night in kyaikto or kinpun, which give you more opportunities to learn about the beauty of Golden Rock and its surroundings.