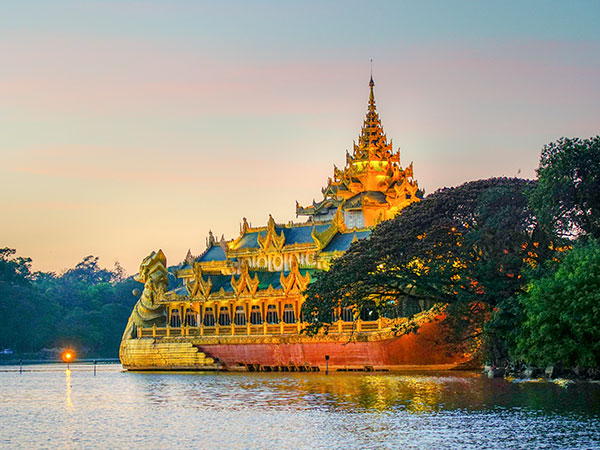 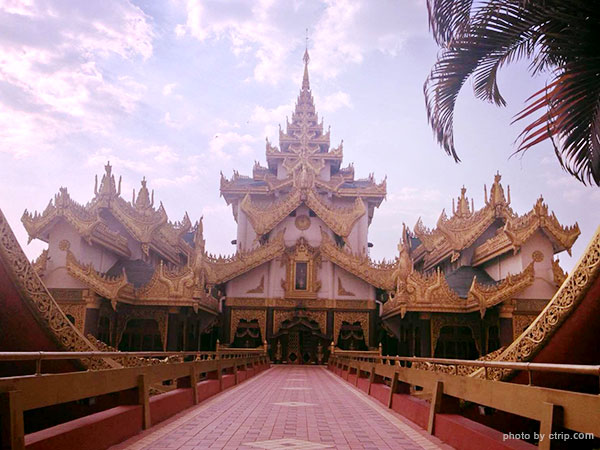 Karaweik Palace is close to some must-see attractions of Yangon. It is about 1.1 km from the Shwedagon Pagoda and about 1.1km from the Chaukhtatgyi (Reclining Buddha) Pagoda. It looks magnificent in appearance and is luxuriously decorated inside. From 7:00 pm to 10:00 pm every day, there are Burmese folk song and dance performances in the Karaweik Palace. The performance is open in the form of a buffet. The palace looks magnificent during the day. It is bright and colorful at night. The Teak Palace Hotel on the bank of Royal Lake is ultimate in Burmese royal style and is often the place where foreign politicians visit.

The Karaweik Palace is a representative building in Burmese style with an unique design. The carvings around the building and the decoration in the hall depict the cultural characteristics and life scenes of the main ethnic groups in Myanmar. Gold and red are the main colors of the whole building. These 2 colors symbolize good luck and happiness. During the day, the palace looks golden. At night, the lights  of palace are shining. The shadows of palace  are reflected in the lake. 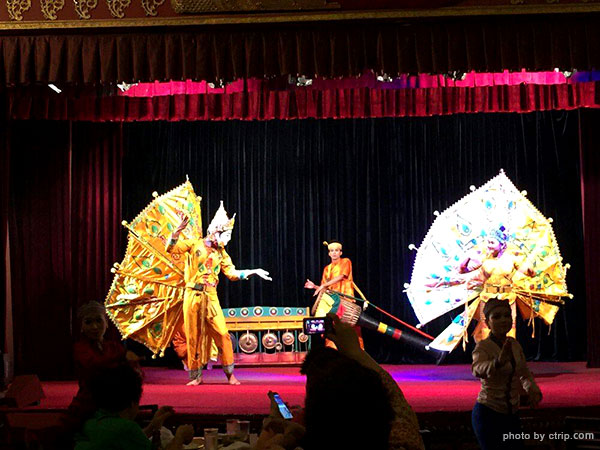 How to get to Karaweik Palace?

a. Take No.1 Bus to the Royal lake and then take a rickshaw, you can reach Karaweik Palace.

b. The Karaweik Palace is located within the Royal Lake Park and is a 20-minute walk from the east gate of Shwedagon Pagoda.