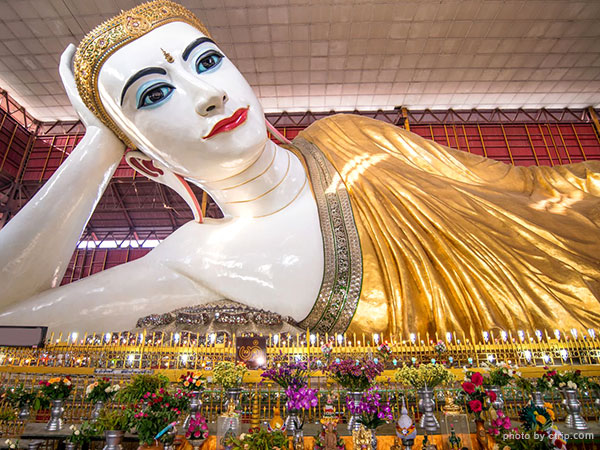 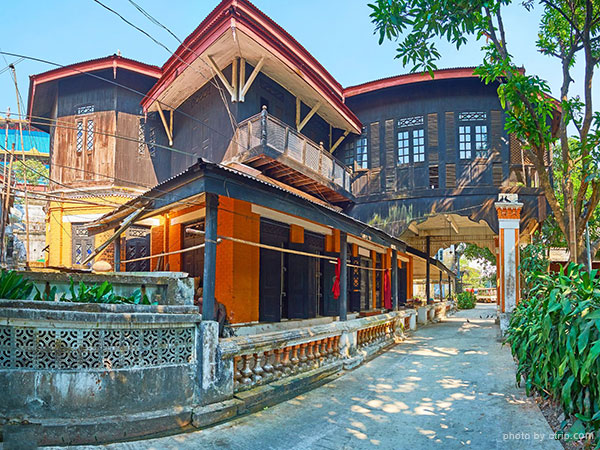 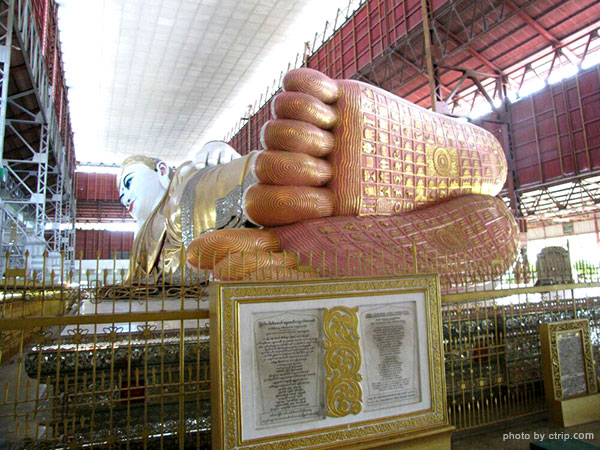 On the bottom plate of feet of the reclining Buddha, there are 108 grids. The patterns of each grid represent an image of 6 reincarnations. These 108 grids contain 59 human world, 21 animal world and 28 god’s world, which represent 108 reincarnations of people. In addition, there is an English comment next to the grid, which explains in detail the meaning of the 6 reincarnations represented by each grid. In the temple, the position of pagoda is supreme.

How to get to Chaukhtatgyi Buddha Temple?