In order to make the Korean royal family more comfortable, Changgyeonggung Palace was built on the basis of the existing Gyeongbokgung Palace and Changdeok Palace. 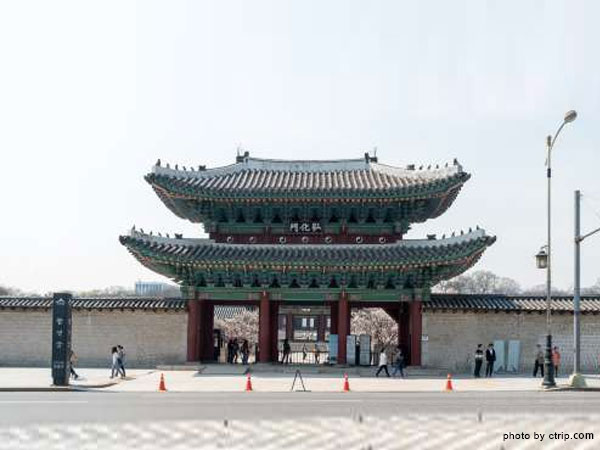 Changgyeonggung Palace is one of the five major palaces in Seoul, located in the east of Seoul. It was burnt down during the Japanese Invasion and rebuilt in 1616.

What to see in Changgyeonggung Palace

Honghwamun Gate is the main gate of Changgyeonggung Palace. The name of each gate contains good wishes and ‘Honghwa' means inspiring the public through the exercise of virtue. This gate was destroyed during the Japanese Invasion and rebuilt in 1616. Honghwamun Gate shortened the distance between the king and the citizens. King Jeongjo handed rice out to the poor to celebrate his mother's birthday.

Okcheongyo means a river as clear as jade. It is the only bridge in Changgyeonggung Palace. Okcheongyo Bridge was built in 1484 and designated as No.386 National Treasure because it remains intact after hundreds of years.

Tongmyeongjeon Hall is a southern-facing building which was built used as the residence for the queens. The inner court usually is the battlefield of women and many bizarre stories happened there.

Grand Greenhouse is a western-style greenhouse that was built in 1909. It's the first western-style greenhouse in South Korea. It was built by the Japanese colonial government and constructed by a French company. Many ornamental plants from tropical areas were displayed after the house was finished constructing. The Grand Greenhouse was listed on the State-Registered Cultural Heritage No. 83.

How to get to Changgyeonggung Palace

Line 4, get off at Hyehwa Station, exit 4