Nuwara Eliya is a mountainous city in Sri Lanka, located southeast of Kandy, at an altitude of 1,889 meters. It is the highest point in Sri Lanka. From this town, visitors can overlook Sri Lanka's highest peak - Mount Pituru Talagara. Known as Asia's Garden City, Nuwara Eliya is one of Sri Lanka's most important tea producing areas. 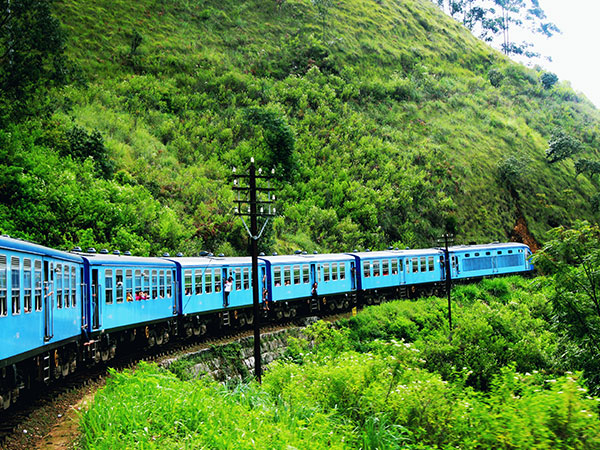 Nuwara Eliya is located in the mountains, 180 kilometers away from Colombo. As a summer resort in SriLanka, Nuwara Eliya is famous for its hills, canyons and waterfalls. Due to its high altitude, the climate of Nuwara Eliya is much colder than the lowlands of Sri Lanka. But the temperature in the Nuwara Eliya will change, sometimes it may be very low. In the winter months, the night is very cold, and there will even be frost. The temperature of the tropical sunrises rapidly during the day.

Sinhala and Tamil are the main languages of Nuwara Eliya. The population consists of Sinhalese, Tamils and Moors. Many tea garden workers are Indian Tamils.

Nuwara Eliya has several of Siri Lanka's most famous tea farms. This is because the climate here has a steady year-round rainfall distribution, suitable temperature, and sufficient sunlight. It is a perfect place for tea trees to grow. Sri Lankan black tea is one of the four black teas.

The Sri Lankan tea industry began in 1867 and was introduced from India by the Englishman James Taylar. At that time, Sri Lanka's main crop was coffee. Although some farms and botanical gardens tried to plant some tea, the output was not large. In 1869, local coffee was infected with a mold (Hemileia vastatrix), which caused high economic losses for farmers. At that time, the British government and farmers were considering switching to other cash crops.

After continuous experimentation, James Taylor's tea was finally successfully sold in the market. Due to his successful experience, the government began to promote vigorously, and the cultivation of tea was rapidly developed. At the end of the nineteenth century, tea has become the main cash crop in Sri Lanka. In 1998, the total output of tea reached 280,000 tons, second only to India and China, ranking third in the world, and the export volume was 272,000 tons, ranking first in the world.

In addition to the four major black tea producing areas, Nuwara Eliya is also the base for growing flowers and vegetables in Sri Lanka. Sri Lanka is a tropical equatorial country, with high altitude, less pollution, and a warm and humid climate, it is very suitable for the growth of vegetables and flowers. Along the way, local residents planted all kinds of flowers and vegetables on the flat ground and in the garden.

The local houses are built on the mountain, with neat lawns and beautiful gardens, it's full of British style. During the British colonial period, many British people lived here, and they built many British-style buildings. Nuwara Eliya has the title of Little London, flowers bloom everywhere in the spring, just like a British town. The ecological environment here attracts a large number of tourists, and tourists come here every April to enjoy the beautiful scenery.

The best time to visit Nuwara Eliya is from November to March when the rain is less and the temperature is lower.

The Horton Plains National Park is located in the Central Highlands Reserve of Sri Lanka, at an altitude of 2,100 to 2,300 meters above sea level. It is the birthplace of rivers of Mahaweli River, Kelani River, and Walawe River. The Horton Plains established a nature reserve in 1969, and a national park in 1988, and it was included in the World Heritage List in 2010.

Horton Plains National Park is an important eco-tourism area and a world natural heritage in Sri Lanka. It is also the only national park in Sri Lanka that allows tourists to hike. The Horton Plain is a beautiful, quiet and peculiar place. It is at the foot of the second and third highest peaks in Sri Lanka. The altitude of 2100-2300 meters above sea level is an area rich in biodiversity. The grassland and cloud forest cover the source, and there are many kinds of wild animals, which are very suitable for hiking.

Yala National Park locates on the southeast coast of Sri Lanka, about 300 kilometers from Colombo, with an area of 979 square kilometers. The park is the second largest national nature reserve in Siri Lanka. Also, it's the most visited national park by tourists in Siri Lanka. Yala National Park not only has a diverse ecological environment but also has many rare wild animals. 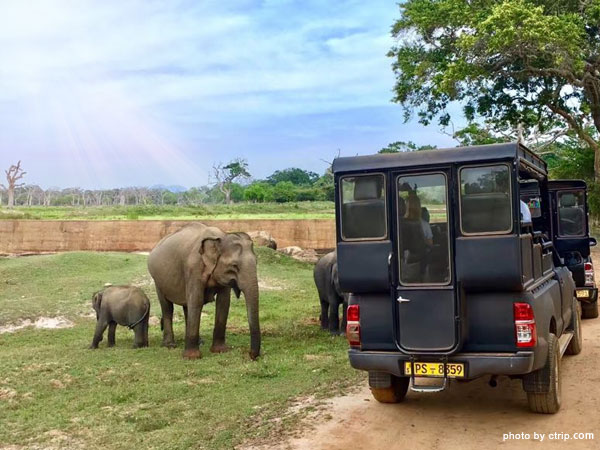 Gregory Lake is an artificial lake built by governor Gregory in 1874. The whole lake covers an area of about 91 hectares. It is obtained by introducing the water of the Nuwara River of Nagregori Lake through a tunnel. On the way to the Lake District, there is a racetrack passing Nuwara Eliya, where horses can be seen, and tourists can ride horses here. There is a walkway around the lake, surrounded by various grades of excellent accommodation; visitors could go for dinner and outdoor activities, stroll in green spaces and river banks, have picnics at the corner of the river. The visitors could also go boating in the lake, enjoy the fresh air, crystal lake and beautiful mountains. 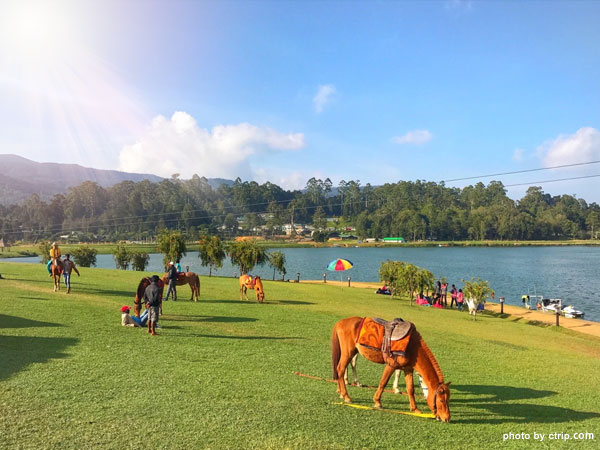 Mackwoods Tea Factory, located at Queen Elizabeth Drive, Queen Elizabeth Plaza, Nuwara Eliya, is the most famous tea factory in Nuwara Eliya, and is also one of the largest and most renowned tea factories in Sri Lanka. It has now been sold by the original British company to a local company and renamed Damro Tea. This brand of alpine black tea has a history of 160 years, and it owns several tea plantations. Because of the geographical and climatic reasons, the tea mountain is often raining and foggy.

Victoria Park is a very beautiful town park located in the city center of Nuwara Eliya. The park was originally a research area of the Hakgala Botanical Garden and was later established by the visit of the German prince. After 1897, in order to commemorate the 60th anniversary of Queen Victoria's ascension, it was renamed Victoria Park.

How to get to Nuwara Eliya

Travel time: 7 hours by train or 6 hours by coach (recommended)

Nuwara Eliya is the tea capital of Siri Lanka, and the most not to be missed is to buy Sri Lankan black tea here. There are many tea factories in different grades in Sri Lanka. The famous ones are blue houses and Mackwoods, both of which have a history of more than 100 years. They are very famous tea factories.

It is free of charge to visit the tea factory. The staff will explain the tea making process, grade of tea, and how the different grades of tea are divided. Visitors can taste black tea and cake. Then visitors can buy the tea according to their needs.