Best Islands to Visit in the Philippines

The Philippines, located in the western Pacific Ocean, is a multi-ethnic archipelago country in Southeast Asia. The Philippines is made up of 7,107 islands (only 2,000 are inhabited), each of which is rich in biodiversity, including tropical rainforests, mangroves, coral reefs, mountains, world-class beaches, beautiful islands as well as a wide variety of flora and fauna. Now, let's explore the 8 best islands to visit in the Philippines.

Palawan, known as "the last ecological virgin land of nature", consists of 1796 small islands and is the most well-preserved ecological environment in the Philippines so far. Palawan Island is a long and narrow island in the southwestern part of the Philippines, attracting more and more tourists with its nature and adventure. 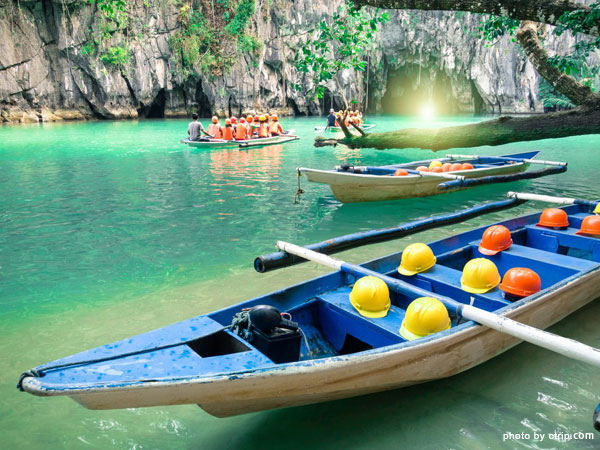 The underground river park in Puerto Princesa is world-famous and is recognized as a World Natural Heritage by UNESCO. Palawan is also a paradise for diving and snorkeling. The more famous diving sites are Rita, Pandan, Panglima and Tubbataha, among which Tubbataha is a good place to watch sea turtles and birds.

Boracay is a small island located 315 kilometers south of Manila in Aklan Province. Boracay is one of the most famous resorts in the Philippines. The high-quality beaches here are known as one of "the finest beaches in the world." Beautiful sea views and low prices are the biggest reasons for travelers to visit Boracay. 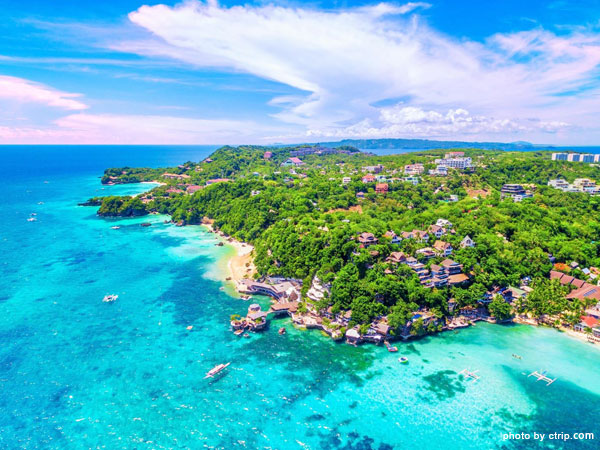 The two main tourist beaches on Boracay are White Beach and Bulabog Beach. There are many interesting activities waiting for you to experience, such as sailing, kayaking, diving, hiking, mountain biking, golfing and so on. Various service facilities on the island are also very complete. It is suitable for newlyweds, honeymooners, family trips.

Bohol is the tenth largest island in the Philippines, 70 kilometers away from Mactan Island in Cebu. It is a coral island. The appearance of Bohol Island is like an oval. Due to complicated and coincident geological changes, 1268 conical mountains were formed in the middle of Bohol many years ago. 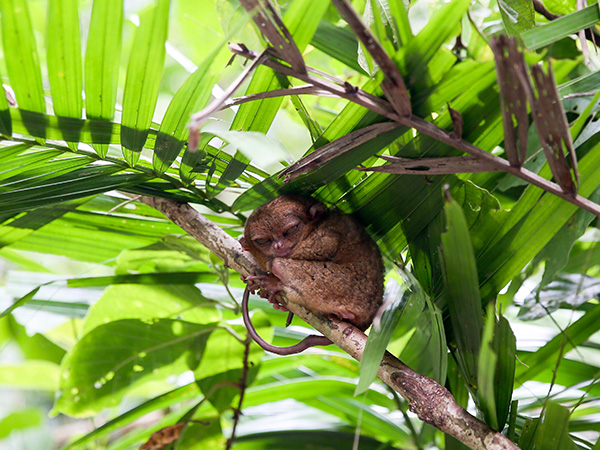 The religious culture and natural landscape here are abundant. You can enjoy the wonders of the Chocolate Hills where Harry Potter was filmed, and you can also see the true face of the world's smallest primate animal - Tarsier. Whether you want to experience beach vacation, spa, diving, or just want to experience the freshness of nature, coming to Bohol Island will never disappoint you.

Cebu Island is the first developed city in the Philippines and is known as the "Queens City of the South". The blue water and plenty of sunshine make it the ideal choice for vacation. The climate is pleasant, the water is clear and the sand is fine. Cebu is known as the "Holiday Garden of Eden". 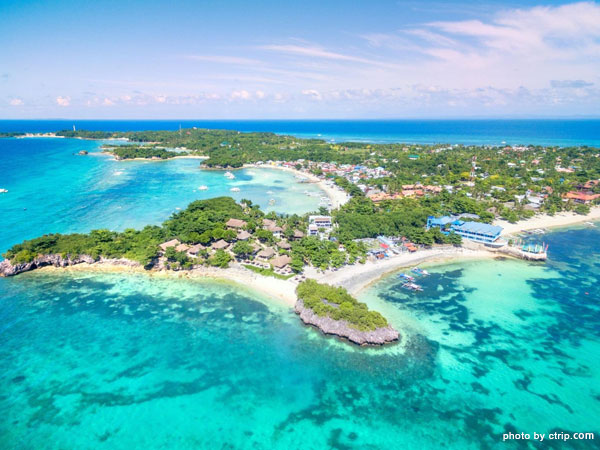 For those who like Sunny Beach, Cebu Island is undoubtedly a paradise. There are many resorts along the coast, luxurious and first-class restaurants, entertainment facilities, shopping areas and so on. Diving and surfing can be realized in Cebu Island. The most distinctive feature here is some distinctive resorts. Many buildings and historical sites with Spanish characteristics also make many tourists linger.

Dumaguete is the fifth largest island in the Philippines and a university city with a long history. In the last two years, the whale sharks in Oslob have been extremely hot. Most areas of Dumaguete's city center are home to local colleges and universities. In addition to Siliman University, the oldest American university in Asia, there are also many universities such as Negro East State University. 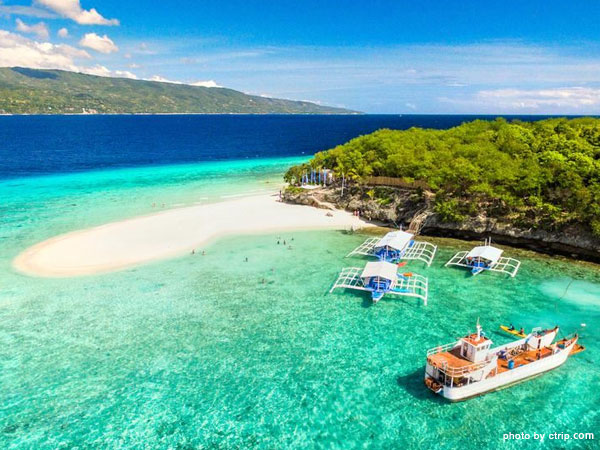 Dumaguete's itself can only be regarded as a transit point. Dumaguete is very close to APO Island, Sumilon Island, and Oslob whale sharks center, Siquijor Island, and visitors can be reached by boat. Dumaguete is a hub for tourists to hop on the island.

El Nido is a small archipelago in the northernmost part of the Palawan Archipelago. Although El Nido is called island, it does not refer to an island. El Nido generally refers to a whole area, known as the last virgin land. In recent years, El Nido is a very hot spot where many European and American backpackers like to travel. 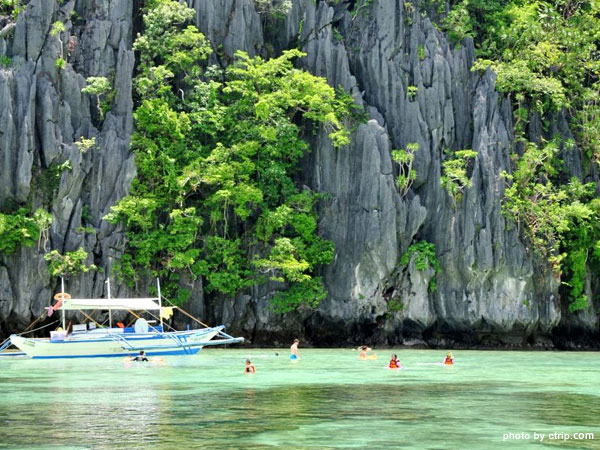 The islands on the water are karst landforms with beautiful scenery. Visitors can enjoy spectacular karst limestone landforms, prehistoric caves and waterfalls. It is also a popular diving resort, with more than 50 species of coral in the surrounding waters. Coral also attracts creatures such as whales, sharks, dolphins and turtles.

Coron Island has been praised by the world's leading Forbes Travel magazine as "the world's top ten popular diving spots". In 1967, Colon Island was designated as a fish and wildlife sanctuary. There are more than 600 kinds of coral reefs under the sea, which is a dream island in the hearts of many divers. You can clearly see the Japanese shipwreck of World War II via snorkeling. 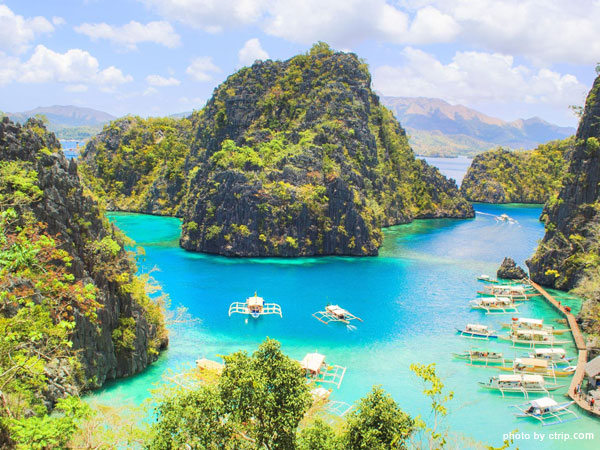 Coron Island is composed of Busuanga island, Culion island, and Coron island. It is close to the South China Sea. Coron has abundant outer island resources. In addition to the symbol of Palawan - Mirror Lake, there are also beautiful outer islands such as Banana Island, Black Island, Callaway Island, M Island, etc., which are most suitable for island hopping.

The reason why Puerto Galera is so famous is that it is considered to have "the world's most beautiful natural bay" and a world-class diving spot. The Philippines is known as the "Diving Capital of Asia", and in Puerto Galera, you can enjoy the best diving experience. It is suitable for diving all year round. 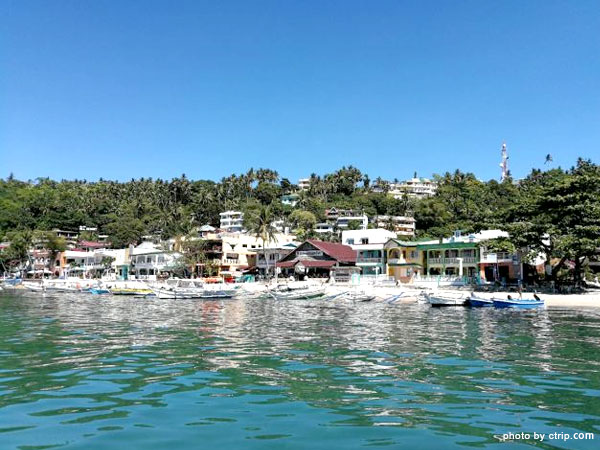 Puerto Galera has long been famous for its beautiful bays, sunshine, sandy beaches, clear waters, diverse marine life, various water activities, as well as rich and varied nightlife. Those who want to spend an extraordinary holiday, Puerto Galera is waiting for you to explore! 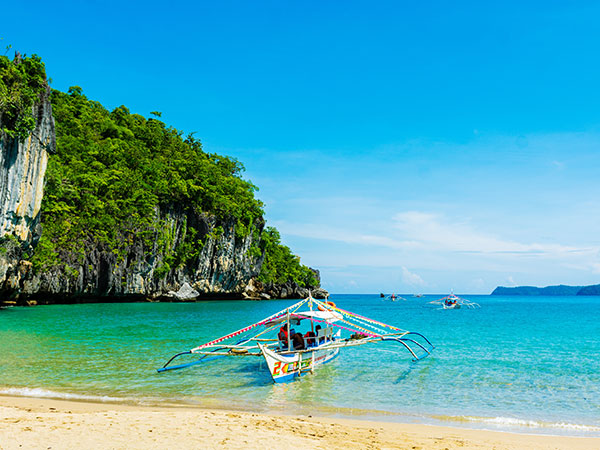