Best Places to Visit in Bhutan

Bhutan, nestled in the southern foothills of the Himalayas, is a small country which is reputed as the Last Shangri-la on earth. Once you're traveling in Bhutan, there are some must-see places in Bhutan that you should not miss. Among them, we guess Tiger's Nest Monastery is obviously on your bucket list. Now let's read on to know the 5 best places to visit in Bhutan.

Tiger's Nest Monastery, also known as Paro Taktsang, is rising above the cliffs above Paro Gorge. Built in 1692, Tiger's Nest Monastery is the most famous Buddhist holy temple in the Kingdom of Bhutan. On the night of April 19, 1998, the monastery encountered a devastating fire of unknown origin. After that, it was once forbidden for ordinary tourists to enter, and even the entry of believers was strictly restricted. Through the joint efforts of the people of Bhutan, Tiger's Nest Monastery was rebuilt in 2005 and re-opened to the world.

Tiger's Nest Monastery is a temple that combines excellent scenery and art. The surrounding cypress trees are tens of meters high, and there are strands of moss hanging on them. There is a waterfall flying in front of the gate of the mountain, and the water flows over the graded rocks, poured into a deep pool, and then fell into a depression several hundred meters deep below. Each building in the temple has a balcony with a beautiful view of the Paro Valley. 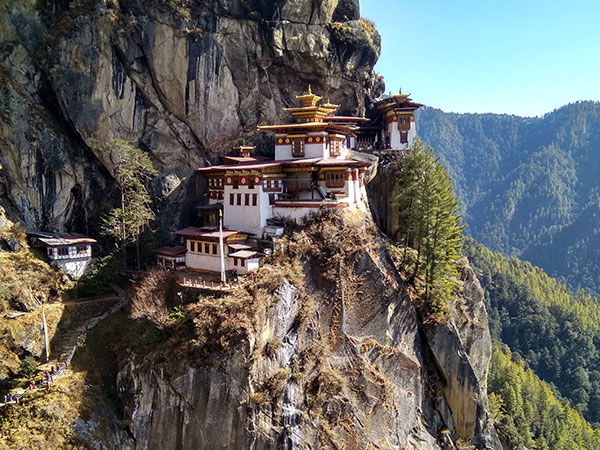 Punakha Dzong, located at the confluence of the Pho Chhu and Mo Chhu river, is 1,463 meters above sea level. Punakha Dzong is one of the most beautiful dzong fort in Bhutan, which was constructed from 1637. The central tower is nearly 183 meters long, 7 meters wide, 6 stories high.

There is a large collection of Bhutanese Buddhist manuscripts, a sacred Buddhist celebrity roster, religious paintings of various specifications, and realistic portraits of religious celebrities. Therefore, Punakha Dzong occupies a prominent position in both ethnic and religious affairs in Bhutan. When visiting Punakha Dzong, please be careful not to make loud noises and dress not to be too revealing, but you can take photos at will. 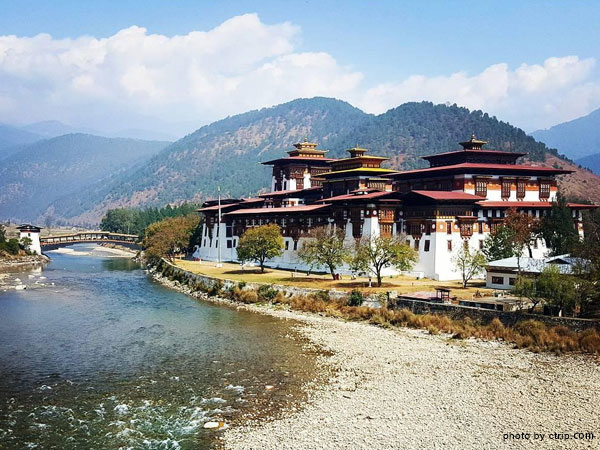 Rinpung Dzong is the most famous temple in Bhutan, and perhaps the best representative of Bhutanese architecture that you will see. It was built in 1644, and it was used as a fortress to defend the Paro Valley. It is not only a Buddhist temple but also serves some government functions. Its predecessor was the office of the local government, including the National Assembly's conference hall and local courts. The famous Bhutan movie "Little Living Buddha" was shot here. And there are some festivals celebrated here each year, which attract thousands of local residents and tourists. 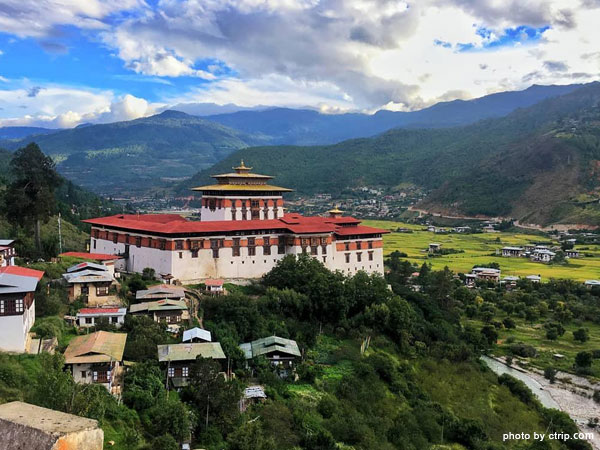 Tashichho Dzong is a prestigious Buddhist monastery in Bhutan and the government center of the capital Thimphu. Every city in Bhutan has a castle-like building complex called "dzong", and the functions of the dzong are basically the same. Half of them are government offices, and the other half are places where local religious leaders practice. Tashichho Dzong was built in the 13th century at an altitude of 2,500 meters, standing solemnly on the west bank of the Wangchu River. It is the office of the current king and the seat of the internal affairs and finance departments. What's more, Tashichho Dzong is also the summer residence of religious leaders and central religious institutions. 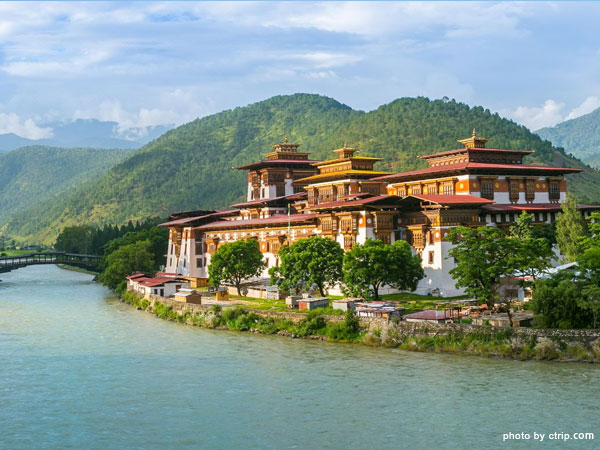 National Museum of Bhutan is located in Paro, an important town in western Bhutan. It was established in 1968, and was created to house some of the finest specimens of Bhutanese art. In 1968, the Bhutan government changed it into a museum. The museum has a large collection of cultural relics, with more than 3,000 cultural relics. It contains various utensils, weapons, musical instruments, Buddhist sculptures, old scriptures, thangka paintings, and stamps.

For stamps, the subjects issued are all-encompassing, ranging from natural science series, such as butterflies and flowers, to foreign celebrity series, from Diana, to human civilization science and technology development series, to human's landing on the moon, etc. 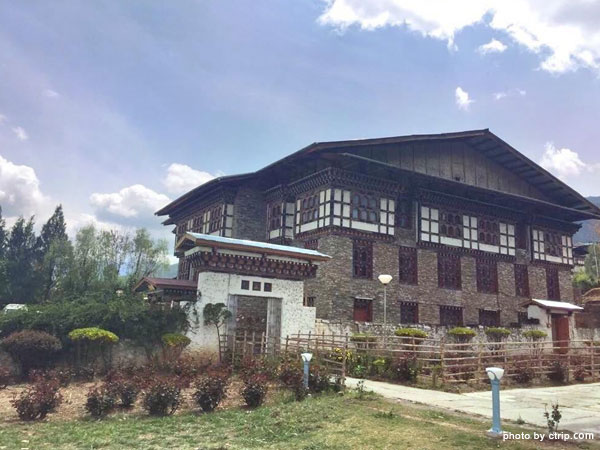 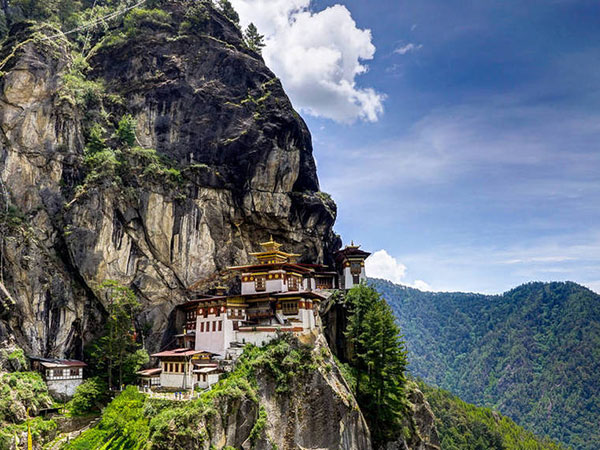 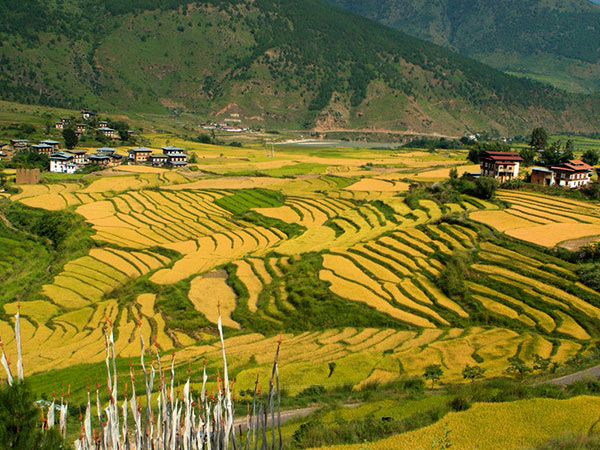 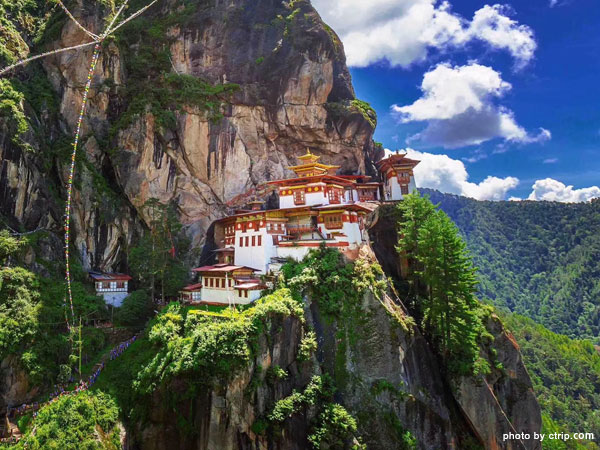