The Shri Bhakta Hanuman Temple was built by the Chinmaya Mission in Sri Lanka. It is a Hinduism Temple. The Kandy-Nuwara Eliya Road on Ramboda is about 30 kilometers north of Nuwara Eliya.

Because it has an important position in history, a large number of tourists come here. Legend has it that this is where king Ravana rested on his way to find Sita. The Shri Bhakta Hanuman Temple is located on a hill about 500 meters away from the main road. From a viewing point of view, it is a bit thrilling because its location overlooks the surrounding area. Legend has it that Lamboda was a region where Rama's army gathered to fight against King Ravana. The Shri Bhakta Hanuman Temple was built by the Sri Mariamman Missionary Church and dedicated to Hanuman. This temple can hold 16 people and is the width of the Hanuman statue. Inside, you can admire the famous 4.8-meter (16-foot) Hanuman statue, which is carved from black granite and attracts attention.

The Chinmaya mission is a spiritual organization of Hinduism, dedicated to the dissemination of the self-science laid out in Vedanta, the Vedas, especially the Upanishads, and other important Hindu scriptures, including Bhagavad-gita. Legend has it that King Ravana once hid Sita in this place, and Hanuman came to this place to find her. 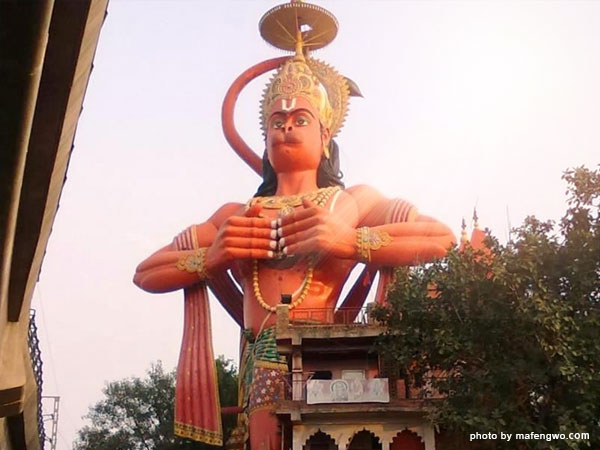 The scenery here is very beautiful and makes people feel relaxed and happy. The Kotamale Reservoir and the entire Kotamale Valley can be seen from the location of the Shri Bhakta Hanuman Temple. Although every tourist is a necessary believer, here is a place where you can learn about Hinduism and beautiful scenery.

♦ Dress conservatively is all you need.

♦ No intimate behaviors are allowed in the temple.

How to get to the Shri Bhakta Hanuman Temple

The Shri Bhakta Hanuman Temple is on the way from Kandy to Nuwaraeliya, so the visitors could rent a Tuk-tuk or a taxi.