Mehrangarh Fort, also known as Sun Fort, one of the largest and the most magnificent forts in India, stands at the height of more than 120 meters in the center of Jodhpur. The fort has 68-ft width and 117-ft height walls, which towering the surrounding plain. You can see the fort from a distance in downtown Jodhpur. The circular road leads from the city below to the old fort.

Rao Jodha (1438-1488), one of Ranmal's 24 sons, was the leader of the 15th Rathore. One year after he ascended the throne, he decided to move the capital of the kingdom to a safer location. He doesn't think the 1000-year-old Mandor fort has sufficient security. With the heartfelt assistance of Rao Nara, the Mewar army was conquered in Mandore. For this matter, Rao Jodha gave the title of "Diwan" to Rao Nara. With the continued help of Rao Nara, Jodha began construction on the foundation of the Merangal Fort on May 12, 1459. The location is on the Bhaurcheeria rock mountain 9 kilometers south of Mandor Toriyama.


It's said that if Jodha wanted to build Merangal Fort on the mountain, he must remove the original inhabitants of the Toriyama mountain. The owner of Toriyama is a monk named Cheeria Nathji. Because he was dissatisfied with being forced to move, Cheeria Nathji cursed Jodha and said, "Jodha, I hope your fort will always suffer a scarcity of water" (May your citadel ever suffer a scarcity of water). In order to appease the monk, Rao Jodha built a dwelling and temple for him near Cheeria Nathji, where he often meditated. Despite this, the area suffers from drought every 3-4 years.

To ensure that this new site is a good place for his country, he used an extreme way to bury a live person named "Raja Ram Meghwal" in the foundation. In return for the buried person, Jodha promised that his family would be taken good care from Rathor Empire. Nowadays, the descendants of Raja Ram Meghwal still live in the property Jodha gave Raja. 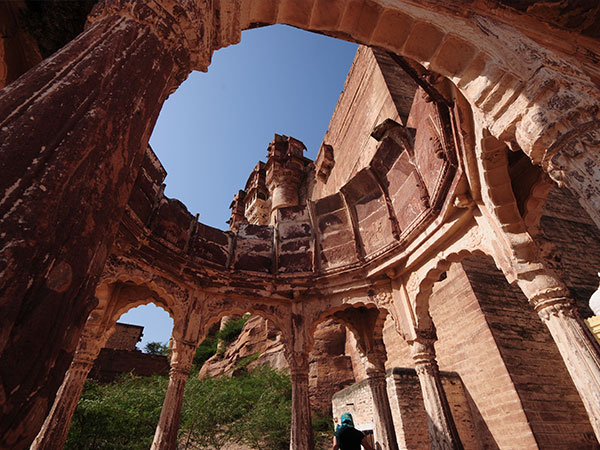 What to see in Mehrangarh Fort

Jai Pol, the second gate of the fort, was built in 1806 by Maharaja Man Singh to celebrate his victory over the armies of Jaipur and Bikaner. You can see the enemy shell holes left on the wall. 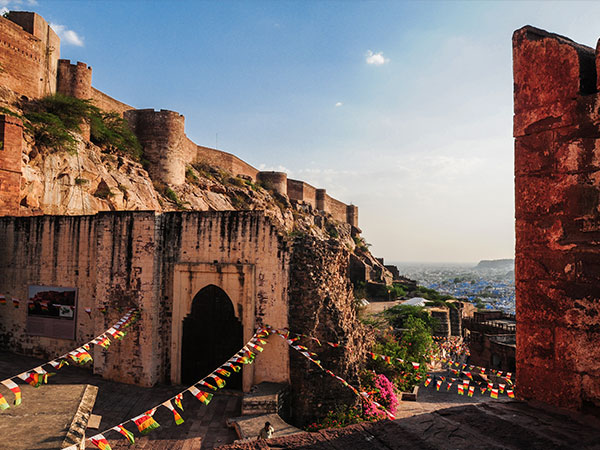 The Palace of Flowers

The reception hall lies in the palace of Merangal Fort or the Palace of Flowers, a gorgeous inner court in the eighteenth century, was built by Abhay Singh (1724-1749) as his private hall. The ceiling is decorated with gold wire products and mirrors.

Takhat Vilas, Takhat Singh's bedroom, is decorated with paintings of various themes from the ceiling to the floor, even the carpet on the floor was painted. The themes are from Indian gods and goddesses to European women. And the lacquer painting on the wooden ceiling is very special. Takhat Singh, a great art contributor, was the last Maharaja in Jodhpur and lived in Merangal Fort during his lifetime. 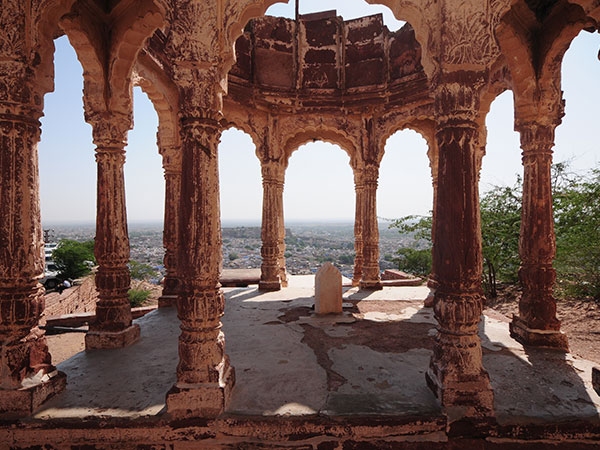 Moti Mahal, also known as the Pearl Palace, is one of the oldest surviving rooms in Mehrangarh Fort. It was built by Sawai Raja Sur Singh (1595-1619) in the 16th century as his public hall. 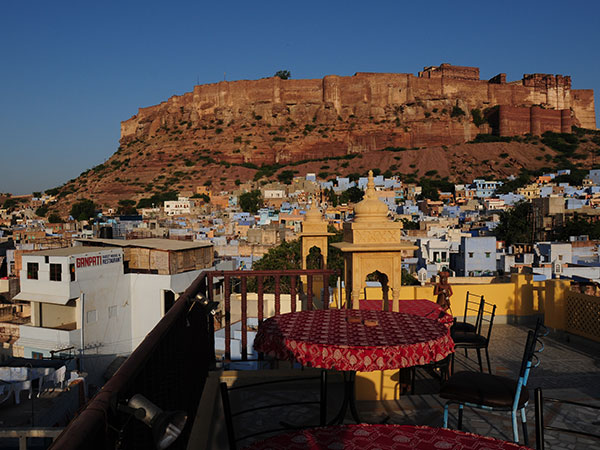 Mehrangarh Fort is a museum now, displaying weapons, paintings related to royal stuff. Visitors who travel to Jodhpur can pay a must-visit to the Mehrangarh Fort. No matter the antique or ancient architecture or the rich history, people will be captured by its charm.