Lake Pichola, known as the most romantic lake in India, locates in Udaipur, Rajasthan, India. It is the oldest and one of the largest lakes in all of Udaipur. The name comes from a small village nearby called Pichola. Due to the 007 film crew selected Udaipur as the main shooting location of the 007 series of "Octopussy", Lake Pichola, Udaipur and Rajasthan were known to the world. 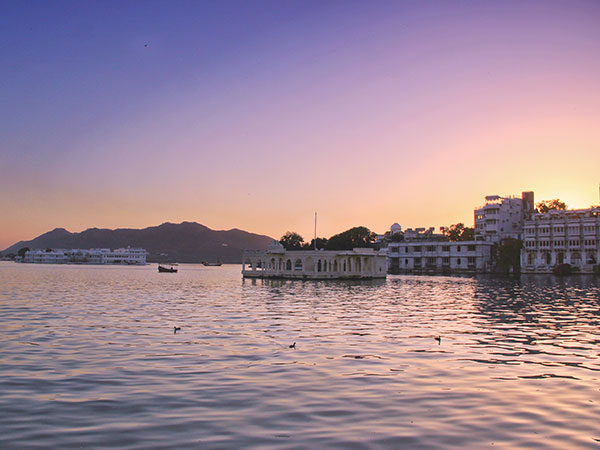 Lake Pichola is an artificial freshwater lake built by a grain merchant in 1362 AD. He wanted to build a lake and the dam to let his carts of food grain to cross over during the monsoon. Therefore, Lake Pichola was created. The enchanting views of Pichola Lake mesmerize visitors. Maharana Udai Singh, the ruler of that time, was also mesmerized by the lake and the surroundings. When he built the city of Udaipur, he decided to extend the lake by building a dam on the shore of the lake. 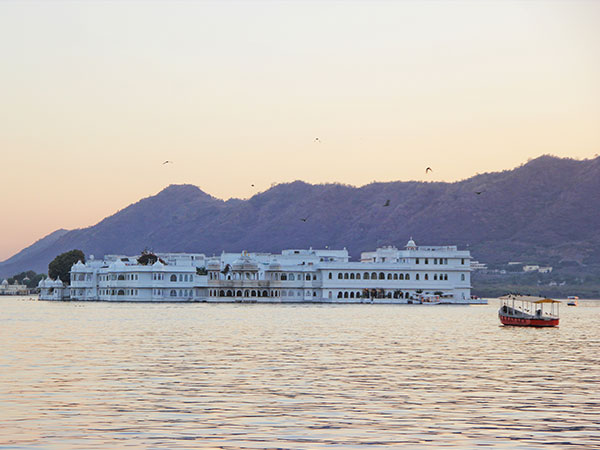 Boat trips are always a good way to see the lake from a different perspective. It looks different every time. The enchanting views of sunrise and sunset from Lake Pichola are something that should not be missed by anyone visiting the lake. The tranquil lake is very photogenic. You can hire a boat to enjoy the beauty and calmness the lake brings to you.

Lake Pichola is also a good place for photographers. Lake Pichola is just like a mirror, reflecting the mountains around it, and the colors of the water will change along with sunshine at different times. When night falls, and the lights of hotels/mansions light up at night, the reflection on the water is also captivating.

Rameshwar Ghat in City Palace is the starting point; it is a different experience to watch the palace stand majestically amidst the water. 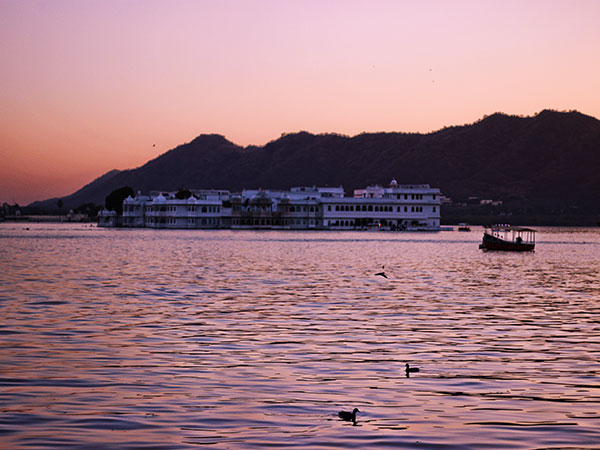 What to see in Lake Pichola

There are mountains, islands, palaces, mansions, hotels, temples around Lake Pichola, which make it a developed scenic area.

Lake Palace (also known as Pichola Palace) is not only a luxury hotel sitting on the Jag Island but also one of the most famous attractions in Lake Pichola. This amazing hotel can offer more than 80 rooms and used as a summer resort for Maharaja of Udaipur. The palace covers the entire Jag Island and looks like floating on the water. The interior ornament is as magnificent as the exterior of the architecture. The wonderful fountains and gardens make the palace more charming.

Jag Mandir (also known as Lake Garden) is another famous palace in Jag Mandir Island. To build another summer resort, Maharaja Amar Singh started to construct the palace, but it's completed by his successor Maharaja Jagat Singh.

It's said that Jag Mandir provides the inspiration for the Taj Mahal, as Shah Jahan once lived in Jag Mandir for a while after he was rebelling his father. Jag Mandir is a pit stop for the boat ride. Jag Mandir is one of the must-visit places for tourists traveling to Lake Pichola.

Arsi Vilas was built by a Maharaja of Udaipur to enjoy the sunset on the lake. Now it has become a sanctuary housing a variety of birds. You will have the opportunity to close to the bird. 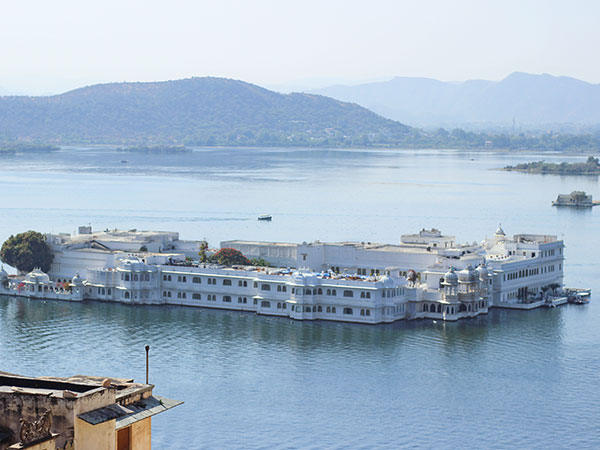 April to June are the hottest days in India, and July to September is Monsoon.

The best time to visit Pichola Lake is from October to March, when the temperature is pleasant.

How to Reach Lake Pichola