India Amber Fort is located on a hill on the outskirts of Jaipur, just eleven kilometers from the city of Jaipur. It's the main attraction in Jaipur. Due to the castle is built on a hill called Amber, it is called Amber Fort. Amber Fort is magnificent architecture in India. And the fort was declared a UNESCO World Heritage site in 2013. 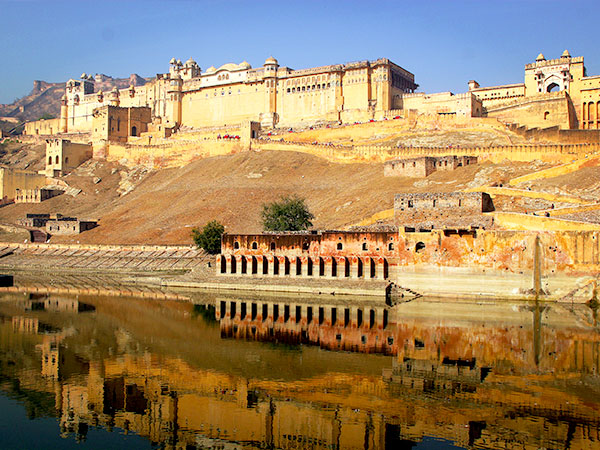 Amber Fort stands on top of a hill, and there is a moat below, surrounded by winding high walls. The entire fort occupies a commanding position and defends the city of Jaipur. Its geographical advantages make it a special place to visit, but not as easy as reach like other scenic spots in the plain. It's also called maintain city in elephant's back. The elephant was the main transport in ancient times. Today, you can use to take a 4WD to the top, while the elephant still continues to undertake the task of transportation, transporting batches of tourists from the mountain to the mountain. 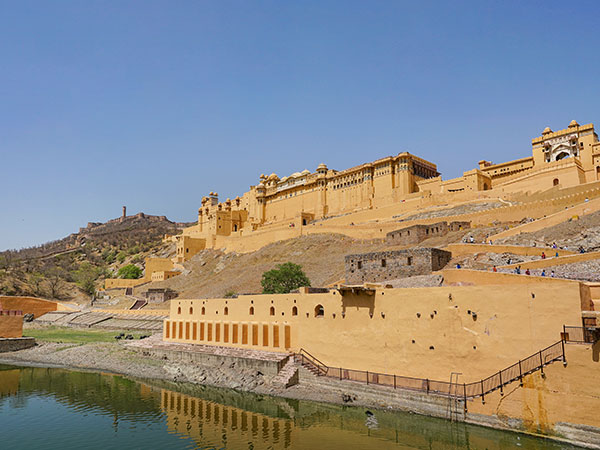 Amber Fort was the residence of Rajput rulers and the capital of Jaipur state. Raja Man Singh commenced its construction in 1592 on the remains of an 11th-century fort. Successive rulers added to Amber Fort before moving the capital to Jaipur in 1727. The fort was declared a UNESCO World Heritage site in 2013, as part of a group of six hill forts in Rajasthan. Its architecture is a noteworthy fusion of Rajput (Hindu) and Mughal (Islamic) styles. 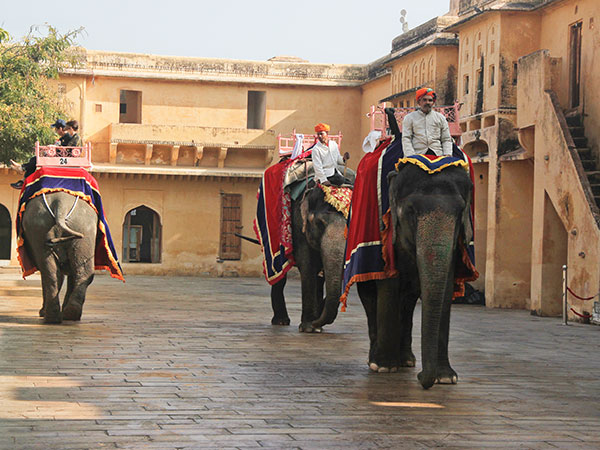 What to see in Amber Fort

The fort presents a fascinating blend of Hindu and Muslim architecture. The magnificent fort is made of pale yellow and pink sandstone, as well as white marble. There are four main sections in Amber Fort, each with its own courtyard and gate. Every courtyard has palaces, halls, and gardens, etc. 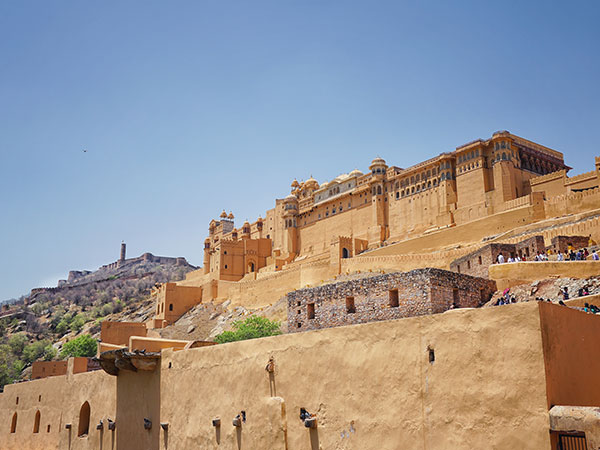 The first courtyard: The first gate is also the main entrance, called Suraj Pol or Sun Gate, which leads to the Jaleb Chowk (Main Courtyard), where returning armies would celebrate their victory in the courtyard. Women could view this area from the veiled windows of the palace. 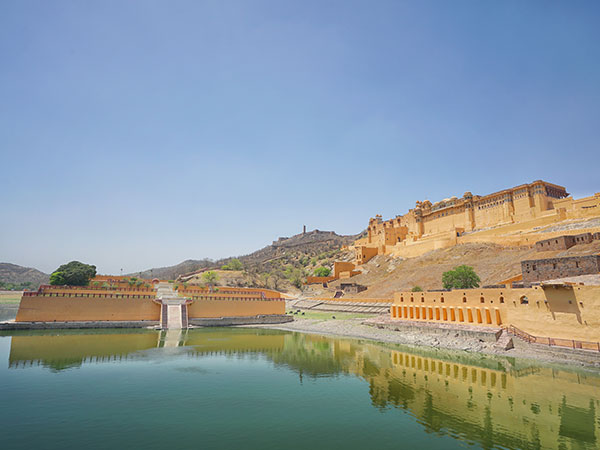 The fourth courtyard: The queen and concubines' residences are in the fourth courtyard. They were collectively known as the Zenana (secluded women's palace). This exquisite palace is very secluding when the king visits any of one his wives, and other wives can't notice. The chambers are independent but sharing a common corridor. 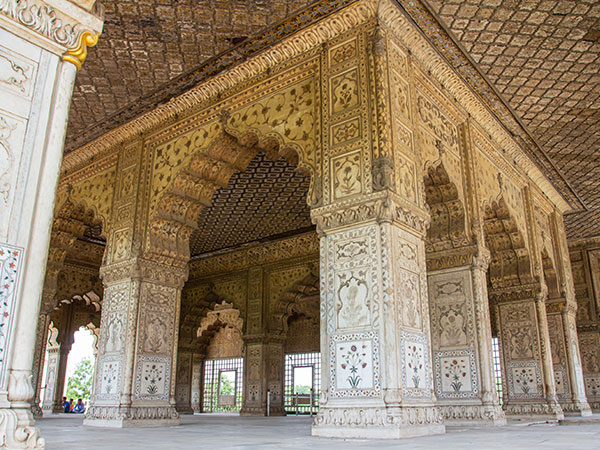 What should you pay attention to

♦ Hiring a guide or getting an audio guide is necessary, as there are very few signs and many blind alleys in Amber Fort.

♦ April to October is not recommended to visit Amber Fort, and you will be influenced by the crazy hot summer days and monsoon days. November to March is the best time to visit India Amber Fort.